The Bush Capital's depth of talent was on full display during Day 3 of the 2021 Federation University Road National Championships, with two Canberra Cycling Club products romping home to landmark wins on Sturt St.

Cameron Rogers took home gold in the Junior Men National Criterium after breaking away from the main bunch with two companions.

The first-year U19 showed his power on the uphill finish to outsprint Zac Marriage (Kilkenny CC) and James Panizza (Balmoral CC).

The young Canberran said he was pretty pumped and excited about the win, in what is his first visit to #RoadNats as a competitor.

"I came here last year spectating and I love the atmoshpere about it - it's so nice." 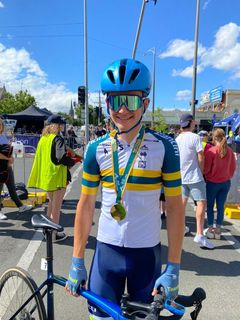 Rogers' win continues a strong lineage of cycling pedigree for the family, with father Peter and uncles Michael and Dean, all former professional cyclists.

"Dad and his brothers have been doing it for plenty of years so I'm kind of next in line for the cycling scene," Rogers said.

"... I want to be next in line for what they were able to accomplish."

“It’s up there as one of the best moments of my career so far, I’m pretty stoked with it,” Rice said.

“It’s one of the best feelings of my life, it’s pretty special to me as this is something I have always wanted to win. It felt cool. 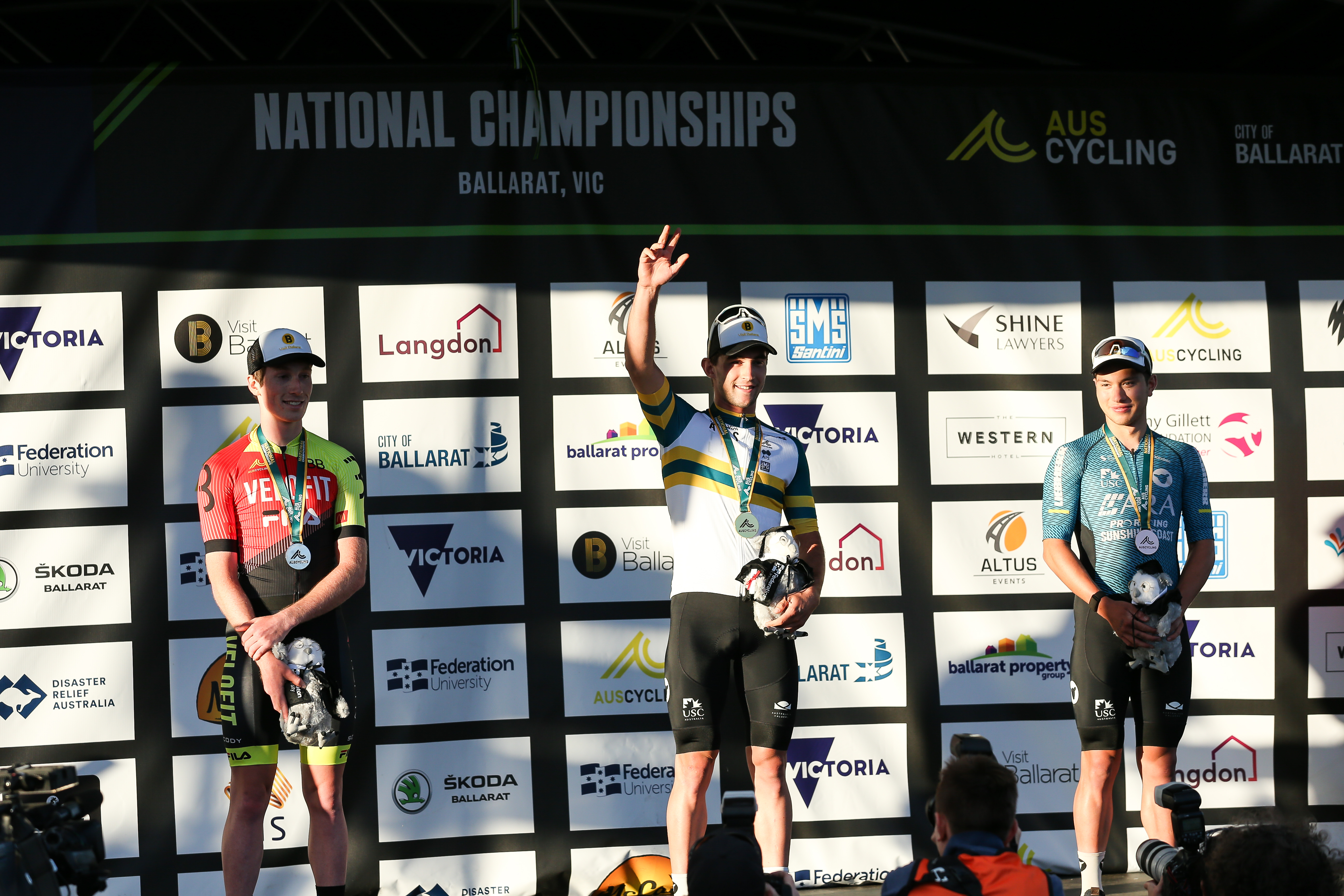 “My teammates rode amazingly to get me to the front, and they went from top of the back straight on the last lap to take me all the way to the front.

"Then Craig Wiggins took me from the bottom corner and gave me an awesome lead-out, he got me in a great position for the sprint.

"Then I just opened it up, had really good legs, and took the win." 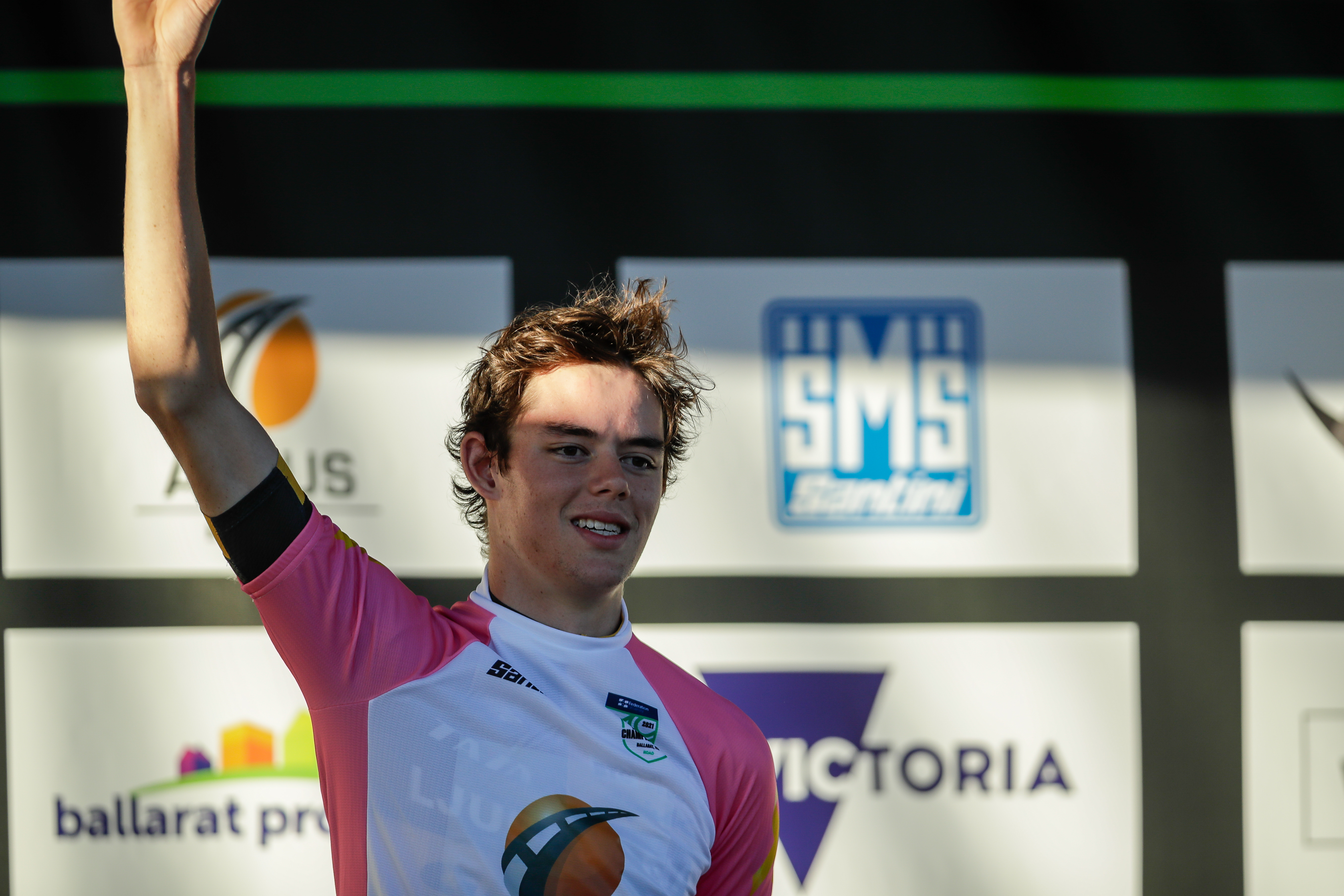 Trek-Segafredo's Chloe Hosking (Canberra CC) narrowly missed out on defending her national criterium crown in the Elite/U23 Women race, after being edged out by Olympic medallist and three-time world champion on the track, Annette Edmondson. 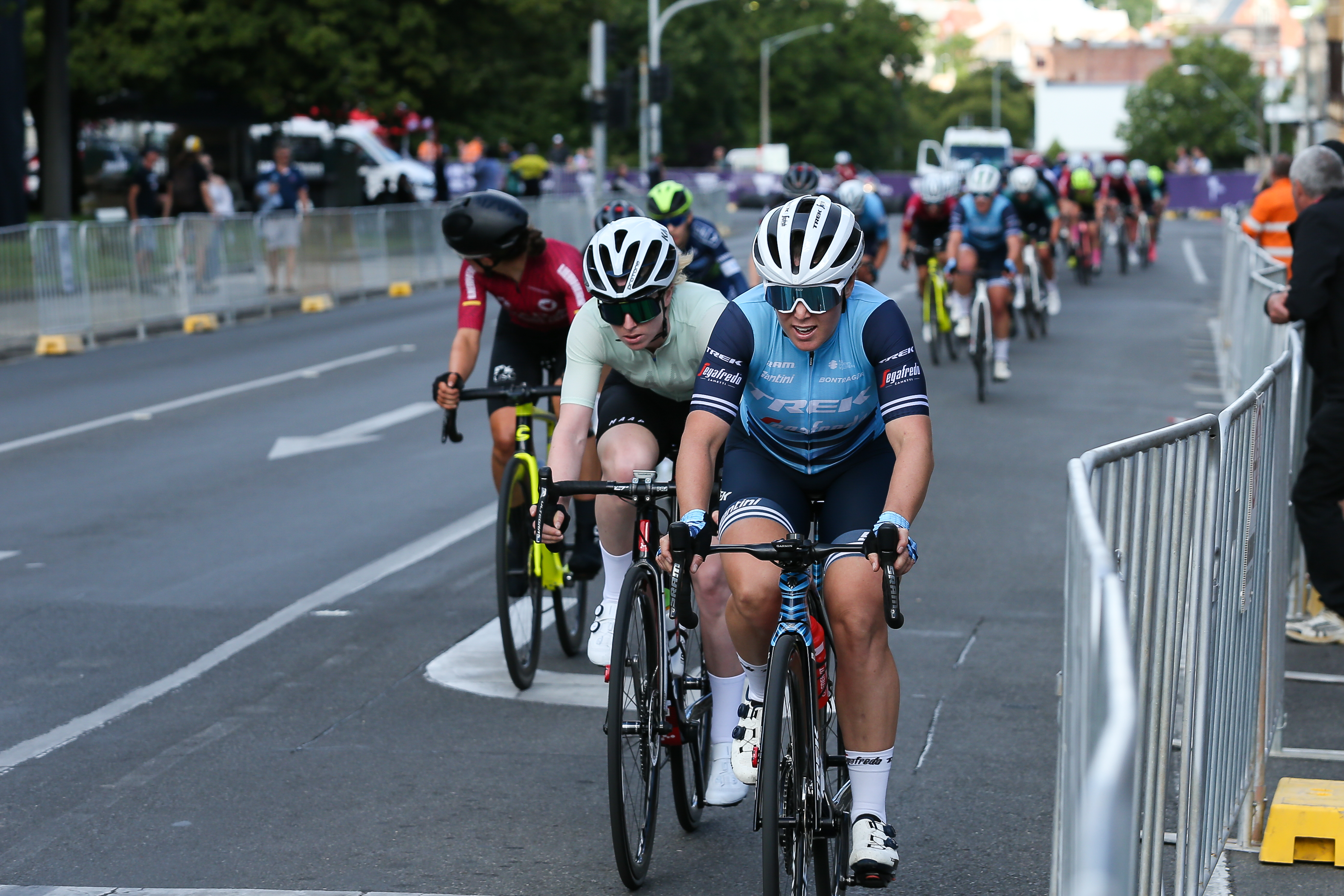