AusCycling | Bec On Top Of The World
MTB

Bec On Top Of The World

Rebecca McConnell (Primaflor Mondraker Genuins) became only the fifth woman to win an XCC and XCO World Cup race on the same weekend.

The Canberra rider sealed a perfect weekend at the second stop of the UCI MTB Mercedes-Benz World Cup in Germany to prove unbeatable on the Albstadt course. 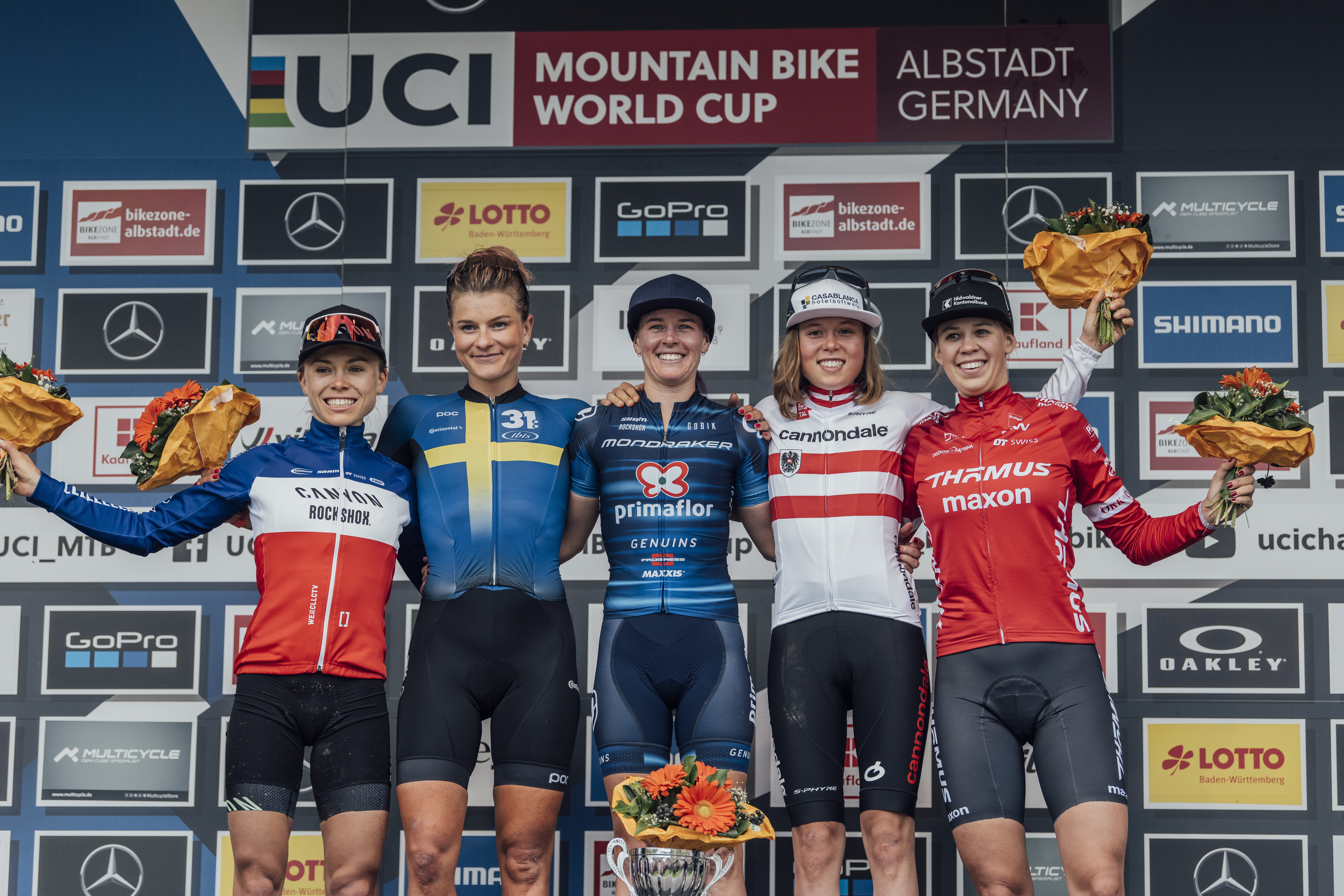 McConnell, won her first ever World Cup in Brasil a month ago and carried the hot form into Albstadt, as she would win Friday’s XCC race in a sprint finish ahead of three-time World Champion Pauline Ferrand Prevot (BMC MTB Racing).

It would be another first for the Canberran. 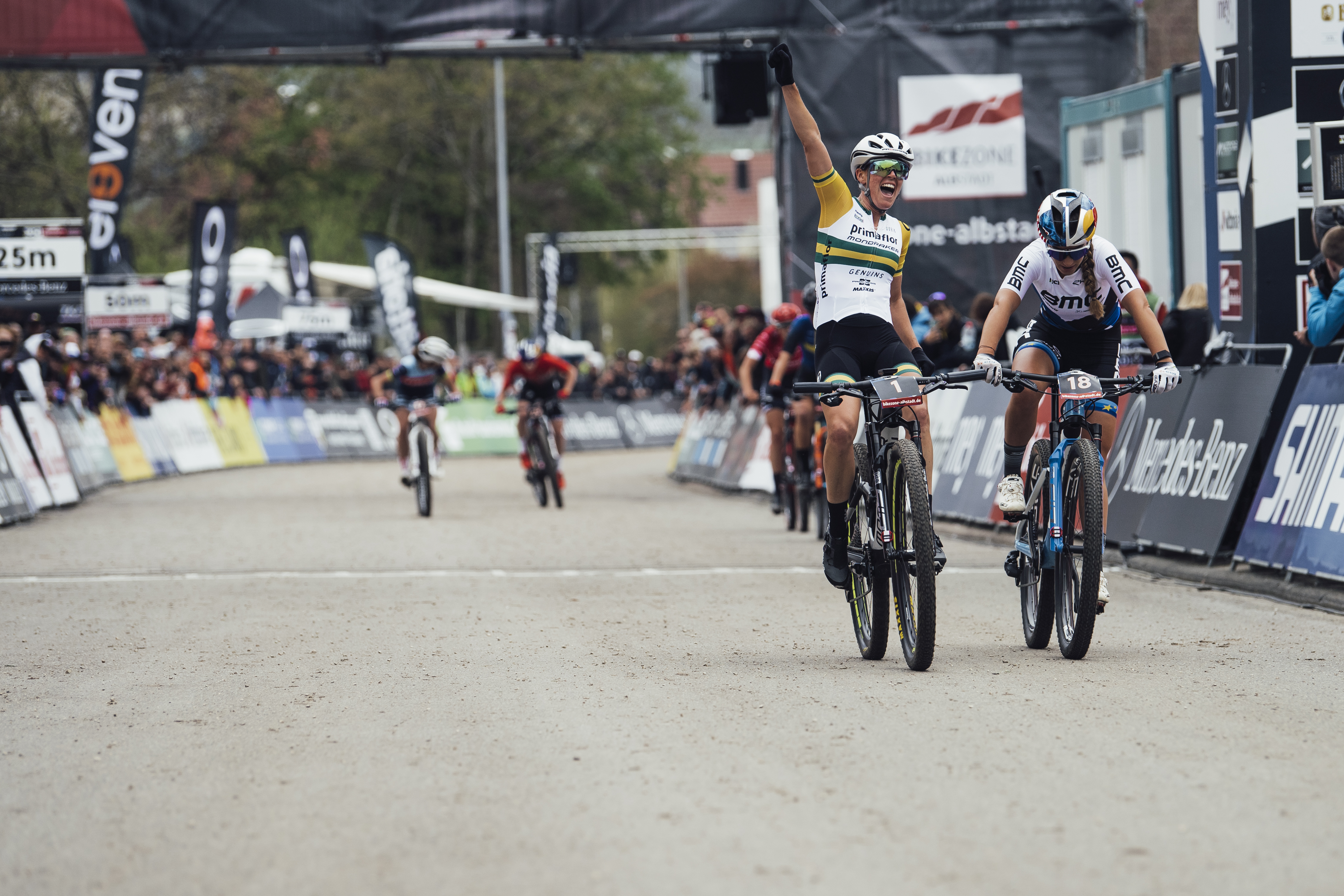 McConnell would wear the overall leader's jersey on the front row as she lined up in the field of 83 riders for Sunday's XCO. 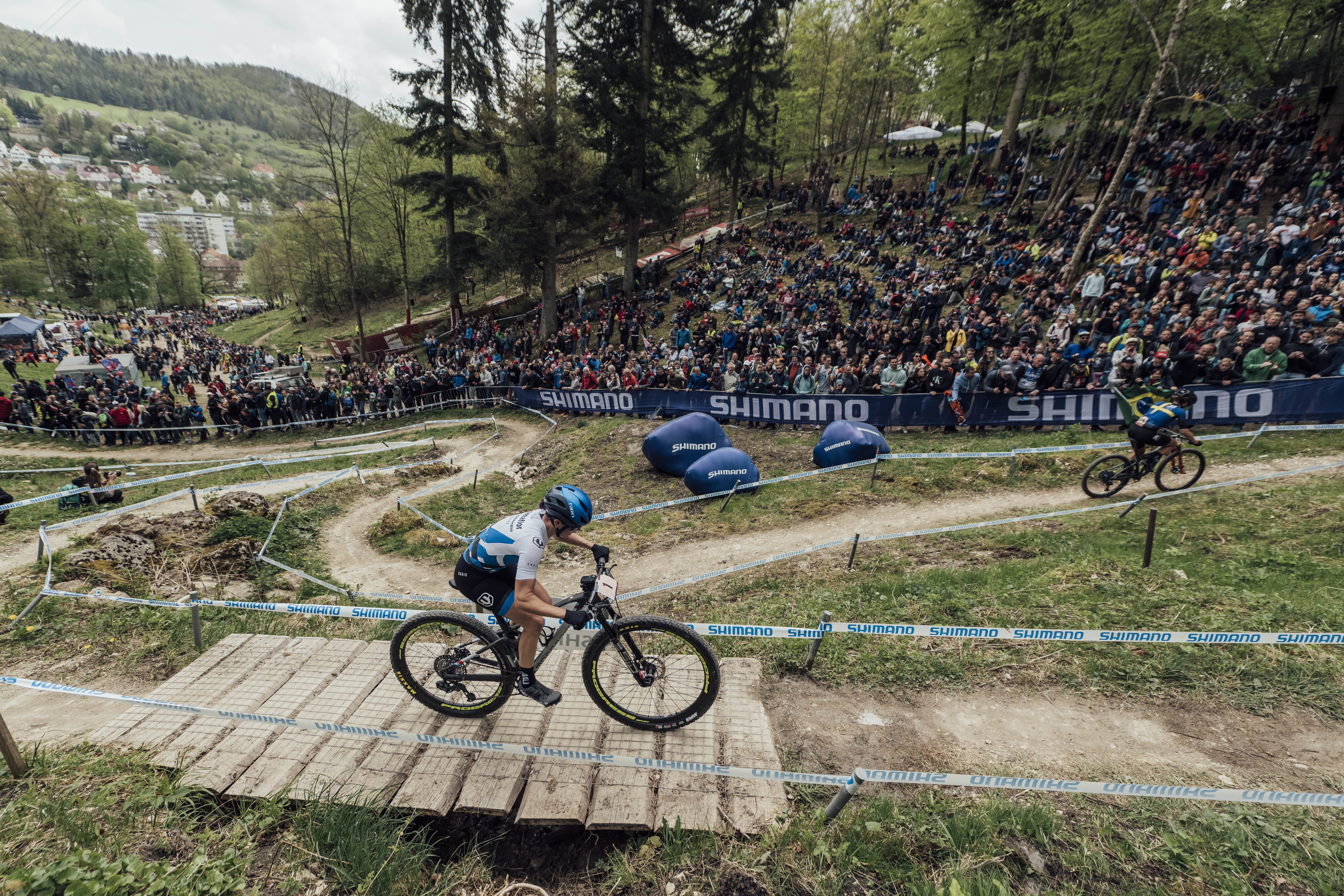 She along with 2016 Olympic champion Jenny Rissveds (Team 31 Ibis Cycles) would set a cracking pace putting a large gap into the chasing pack by the second lap.

It would take McConnell until the penultimate lap where she would make her move on the second climb to break away from the Swede and ride to her second straight World Cup victory by more than 40seconds.

The Australian champion’s victory hands her a healthy early lead at the top of the individual cross-country World Cup standings with 620 points to the 373 of The Netherlands' Anne Terpstra, who finished eighth in Albstadt.

In the elite men, Daniel McConnell and Cameron Ivory lined up for their first World Cup of the year.

McConnell would finish in 62nd with Ivory 92nd

In the women Zoe Cuthbert also made it into the top 20 in her first race finishing 17th, with Izzy Flint 36th, Holly Lubcke 45th and Katherine Hosking 58th.