The 30-year-old Victorian spent most of the morning in the race leader’s hot seat, only to see her time narrowly beaten by the last starter, defending champion Ellen van Dijk.

Brown becomes the second Australian to win silver, which is Australia’s best result in the event. Anna Wilson achieved the feat in 1999.

“My goal was to be on the podium and my dream was to win the race. I achieved my goal and I can still aim towards that dream,” Brown said.

“It would have been amazing to win on home soil, but it was still a really special day, so I’m satisfied.” 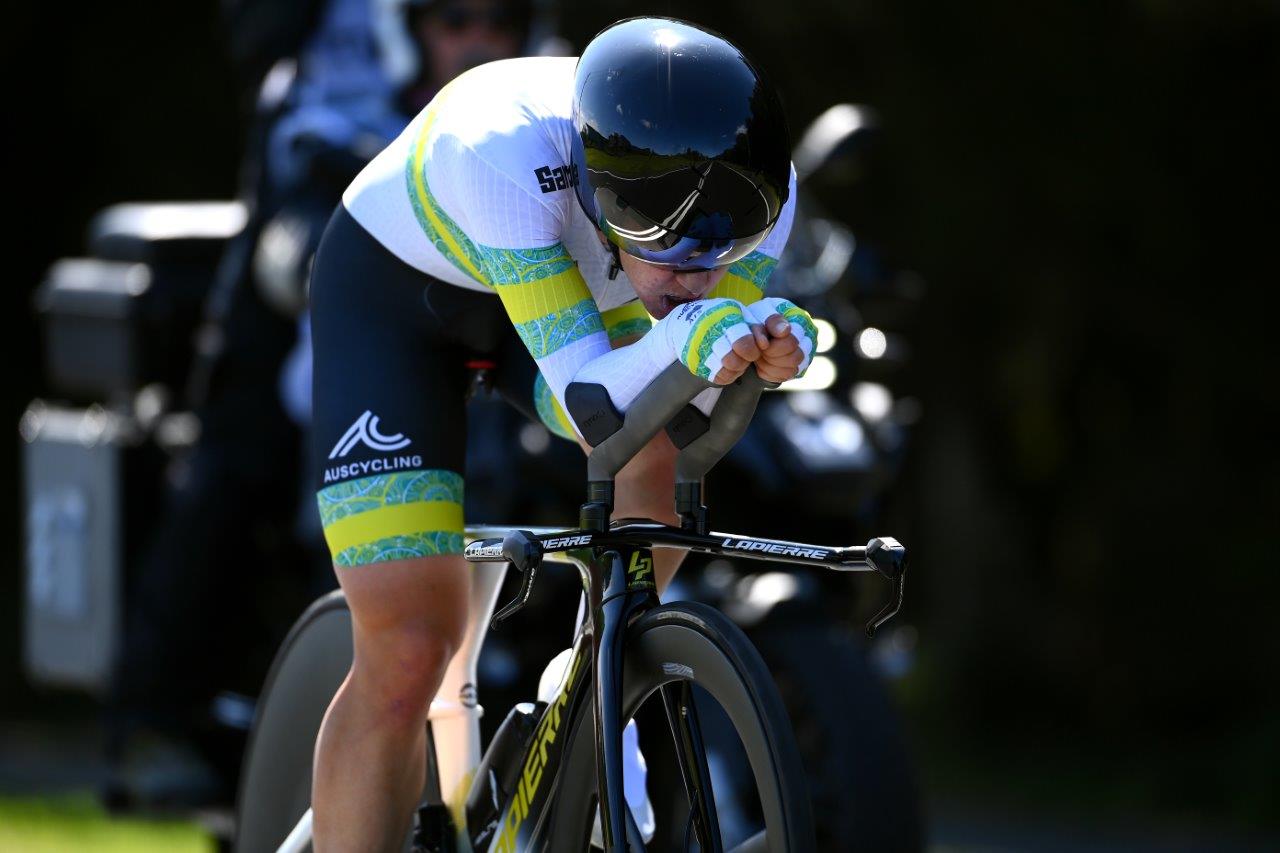 The 34.2-kilometre women’s time trial was contested over two laps of an urban course in central Wollongong and its nearby suburbs.

With nearly 30 turns on each lap, opportunities were scarce to settle into a rhythm, while cornering skills were crucial.

Perhaps surprisingly, Brown was one of the earliest starters – the 10th rider of 41 to head down the ramp under sunny skies in downtown Wollongong.

Less surprisingly, with all the other favourites yet to ride, the St Kilda Cycling Club rider set the provisional fastest time of 44:41.33 at an average speed of 45.919kph, booking herself a long stay in the hot seat. 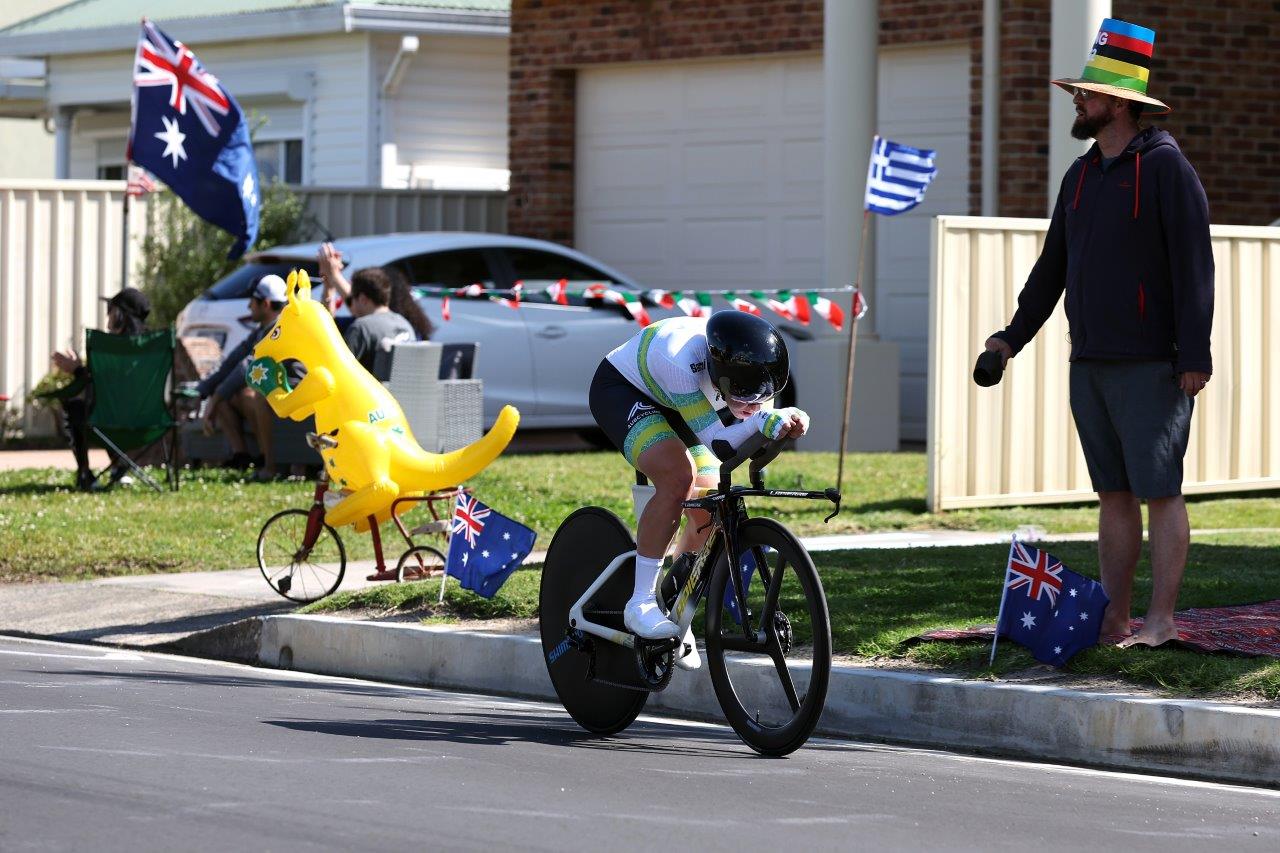 Of the next wave of challengers, former winner Annemiek van Vleuten was the most likely to dethrone Brown. But van Vleuten finished 90 seconds down, leaving just the final starters – Switzerland’s Marlen Reusser and the Netherlands' van Dijk – realistically in contention.

Brown watched nervously as both riders surpassed her time at the first checkpoint. But, as the race progressed, Reusser’s began slipping backwards. When the Swiss rider finished behind Brown, only van Dijk could deny the Australian a rainbow jersey on home soil.

Alas, the fairytale was not to be, as the flying Dutchwoman crossed the line 12.73 seconds ahead of Brown and secured her third career time trial world championship. 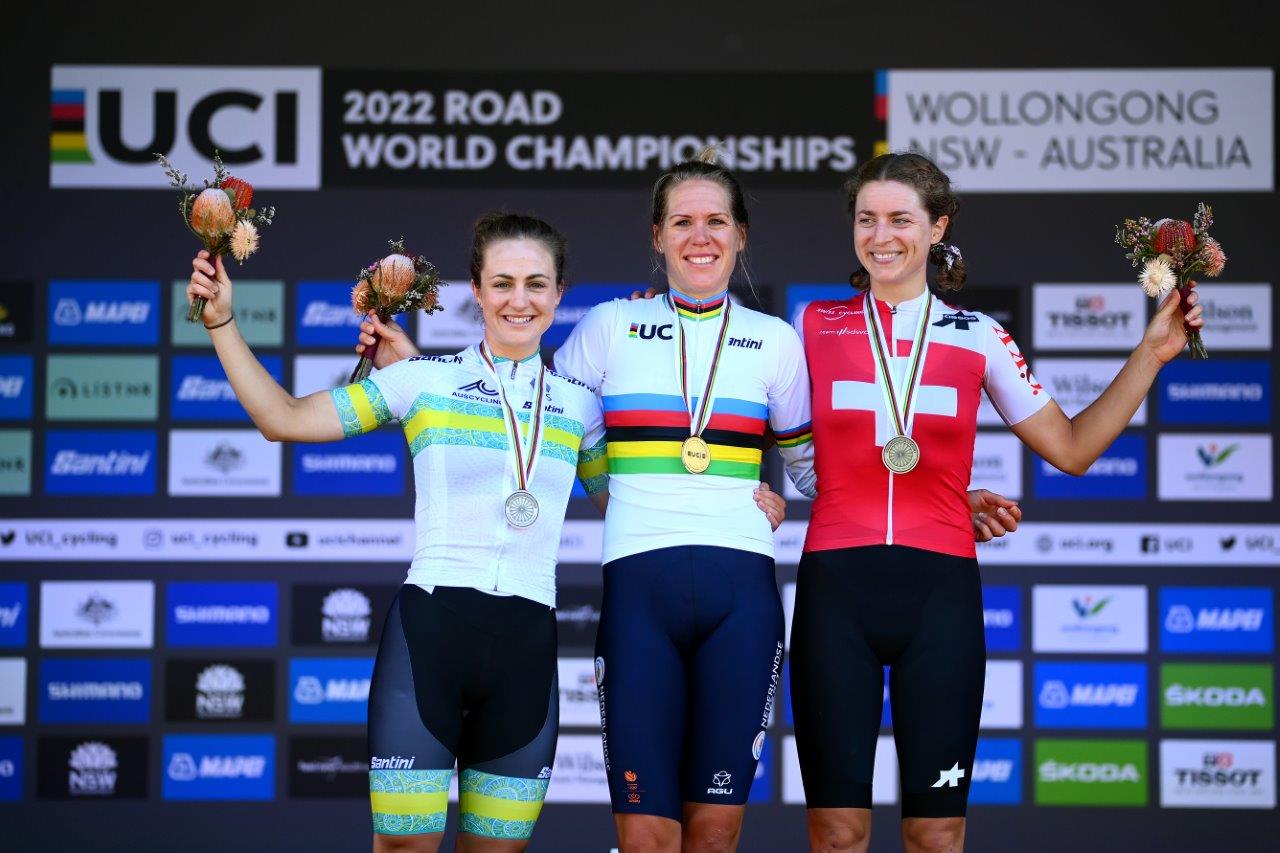 “I got increasingly nervous when Marlen Reusser and Ellen van Dijk were out on course and I could see the times coming out live,” Brown said.

“I was feeling really proud of my ride, but it was agonising. I thought there was still a chance that maybe I could win the race overall, but van Dijk had a phenomenal day.”

Brown, who won the Commonwealth Games time trial earlier this year and is a two-time national champion in the discipline, said today’s result made her “hungry” to win the rainbow jersey.

“It gives me a lot of confidence that in the years to come I can really be one of the top names in time-trialling. I probably don’t get as many opportunities to do this event as some of the other girls, but it’s always been a specialty of mine.

“Now I’m really making my mark, which is cool.” 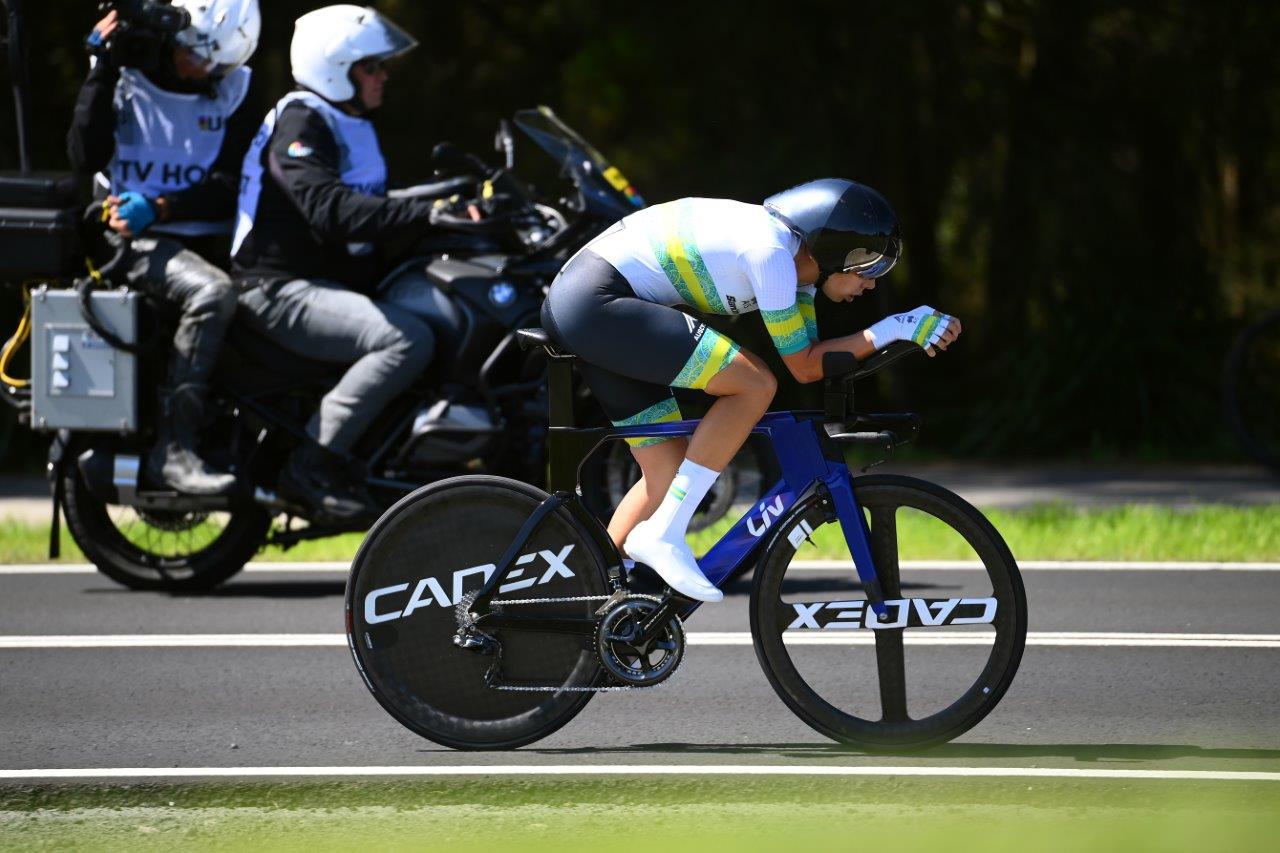 To complete an excellent morning for Australia’s women, Tasmania’s Georgia Baker secured in eighth place with a time 1 minute 46 seconds behind van Dijk.

With this performance checked off, Baker is already resetting her goals higher.

“I’m always someone that strives for the best. I would be happy with top 10, but now I am in the top 10, and I’d love to be on that podium,” Baker said.

“But I have to be happy with my preparation and how I finished up. Hopefully I’ll come back next time and be aiming for the podium.”

To learn more about the green-and-gold campaign at Wollongong 2022, read the Australian guide to the 2022 UCI Road World Championships.