After two years of disruption, AusCycling's 2022 road calendar is poised to return to a full schedule of events across the country.

The biggest addition to the calendar will be the introduction of an Under-19 Junior Road Series, with events being held in Queensland, Victoria and Tasmania. This series will expand the development pathway for Australia’s young riders, filling one of the major gaps in junior development.

Starting in January, the Federation University Road National Championships and Santos Festival of Cycling will headline the domestic summer of cycling. The Melbourne to Warrnambool returns to its February slot, now preceded by the Tour of Gippsland.

A jam-packed April in Brisbane will include the Tour de Brisbane and Oceania Road Championships, before riders tackle the Grafton to Inverell in early May.

A full suite of National Road Series tours will return in the middle of the year, featuring the Tour of the Tropics, Battle on the Border, Cycle Sunshine Coast, Tour of the Great South Coast and Tour of Tasmania.

Undoubtedly, the year’s major highlight will be the UCI Road World Championships in Wollongong. The 2022 calendar takes advantage of this opportunity by bringing the AusCycling Junior and Masters Road National Championships to Wollongong in early September.

“After a very difficult two years we are excited to be able to return to a full calendar stacked with events for everyone,” said Lachie Ambrose, General Manager of Road Events. “As the national vaccine rollout continues, the outlook is good that we'll have an uninterrupted road season next year.

“After our traditional start in Victoria, we’ll make our way around the country taking in familiar highlights for a variety of age groups and abilities.

“2022 will see all roads lead to Wollongong for the UCI Road World Championships, which will be supported by the Junior and Masters National Championships.

“New for 2022 will be an under-19 junior road series, which will provide an important stepping-stone into the senior ranks with some fantastic events across the country,” Ambrose said.

You'll need to sign up for an AusCycling Race All Discipline licence or hold an international race licence to compete in road races in 2022.

AusCycling will provide more information on specific events and series in due course. 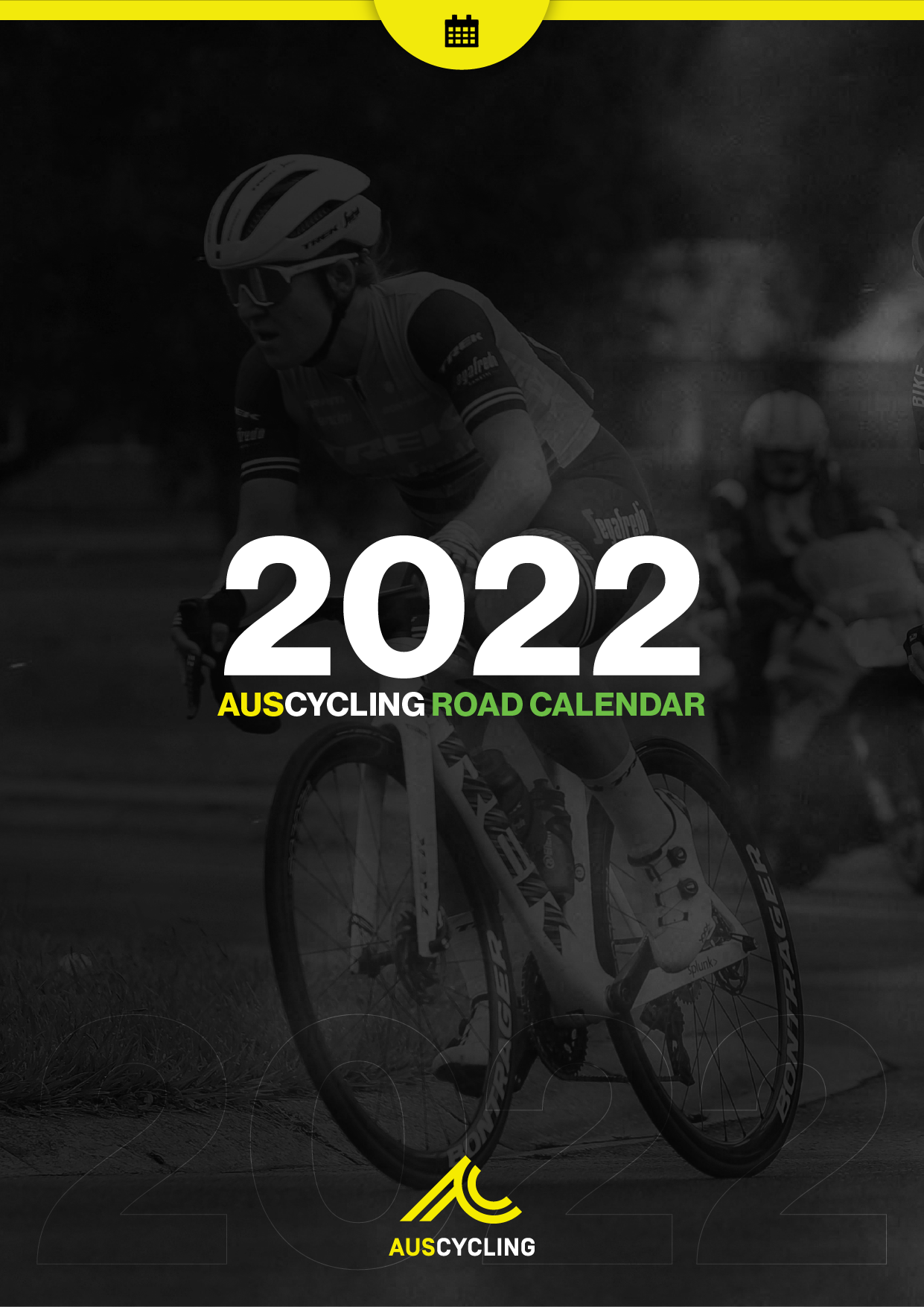 We are rebuilding the ACT calendar after two tumultuous years. Although we might need to wait another year before the National Capital Tour returns, we are excited to see the Canberra Women’s and Junior Tour planned, along with a full host of state titles in 2022.

Racing in NSW is returning to a full calendar with some events returning after two disrupted years, such as the Remembrance Cup and Tamworth Cycling Festival.

By popular request, the Orica Classic (formerly Orica Kermesse) will be run as a new-and-improved circuit road race in Singleton, to be delivered by Newcastle Hunter CC and AusCycling.

The Junior Road State Championships will return to the Illawarra. The criterium will feature on the region’s new track less than a month before the world descends for the UCI Road World Championships.

The inaugural Gravel N Granite, a brand-new mass-participation event, will finally be held in the picturesque Saddlers region after this year’s postponement.

Also, the Bathurst Tour will be returning after its successful introduction in 2021. We’ll have more details about this soon, as well as about a potential new event in Bathurst.

AusCycling is excited to be working towards expanding the number of road events in the Territory and will deliver the first AusCycling Road Territory Championships for the NT in August 2022. This will be a fantastic progression for the discipline and start providing a functional events pathway for Northern Territory riders.

Queensland has been fortunate during the COVID outbreaks to have provided many racing opportunities to our members.

We are continuing to support the growth of more NRS events within the state and the continuing opportunities our regional racing brings.

There’s an exciting year of road racing ahead for South Australia in 2022, with another bumper year of events to come. We have been lucky over the last two years to have a relatively unaffected road calendar with massive growth in participation numbers throughout. 2022 is set to be our biggest year on the road yet!

After the Santos Festival of Cycling kicks off the year with a bang to get us through January, Adelaide Hills Cycling Club returns with the Tour of Goolwa at the end of February.

That’s before a busy autumn of racing through April and May with the SCCC Junior Tour, NCC Tour of the Riverland, and the MGCC 100 Mile Classic and Kermesse State Championships.

The Road State Championships will return to the popular Mypolonga course for the third year, and then it’s straight into the Super Series for another year through September, October and November.

Tasmania is excited to welcome back the Tour of Tasmania in 2022 following its COVID hiatus. It’s an event embraced by the cycling community and a great promotion of the sport within the state.

AusCycling is looking to continue building the profile of our suite of State Championships events in Tasmania to complement the existing calendar of road events in conjunction with our club partners within the state.

We are excited to announce the Victorian 2022 road calendar, which will see road racing return to a full season for juniors and seniors.

After a two-year wait, we’ll not only see the Tour of Bright return but also the J19, Elite, Masters and Para-cycling Road State Championships in October and the Baw Baw Classic in late March, with the latter celebrating its 20th anniversary.

The season will kick off with the Bay Crits in Geelong in early January. For the first time, the popular event will feature the Victorian Junior Criterium Championships for J11 to J19.

Elite riders will then lay their focus on the Tour of Gippsland (NRS) on 13-15 February and the Melbourne to Warrnambool the following weekend.

As in past years, the VRS will open with the Mansfield Tour in March and conclude with the Tour of Bright in December.

During the winter months, the road season will centre around the VTTS, VJRS and the return of the Preston Mountain Classic and Rob Vernon Memorial handicaps.

Western Australia looks forward to our historic road events taking centre stage once again in 2022. They’ll include the Collie Donnybrook, Eastern Goldfields Cyclassic and Midland 100, to name just a few.

The return of the Australian Masters Games in April 2022 will give a big incentive for our Masters-aged athletes to get the training done during the summer months, after the event was postponed in 2021 due to COVID.

AusCycling is looking forward to producing the Road State Championships weekend in August with the assistance of some of WA's top road racing clubs. We’ll once again round out a big year with the Tour of Margaret River, one of Australia's biggest domestic road racing events.