West Australian Ben O’Connor (AG2R Citroën) claimed his first win at the Tour de France in his first participation at the end of another rain soaked stage in the Alps.

O'Connor got rid of his Colombian breakaway companions to win on Tignes, becoming the 14th Australian stage winner for a total of 35 victories since Phil Anderson in 1982.

The man from Fremantle virtually had the yellow jersey on the road but Tadej Pogacar responded to a late attack by Richard Carapaz to remain in the lead of the overall classification ahead of the first rest day.

"It’s so fulfilling, there’s so much joy," O'Connor said.

"I managed to control myself now compared to when I crossed the line.

"It’s just loving every single moment. I’m so happy for AG2R-Citroen, they had so much faith in me. It’s been so clear how much happiness it’s brought to me and the team… and now a win. 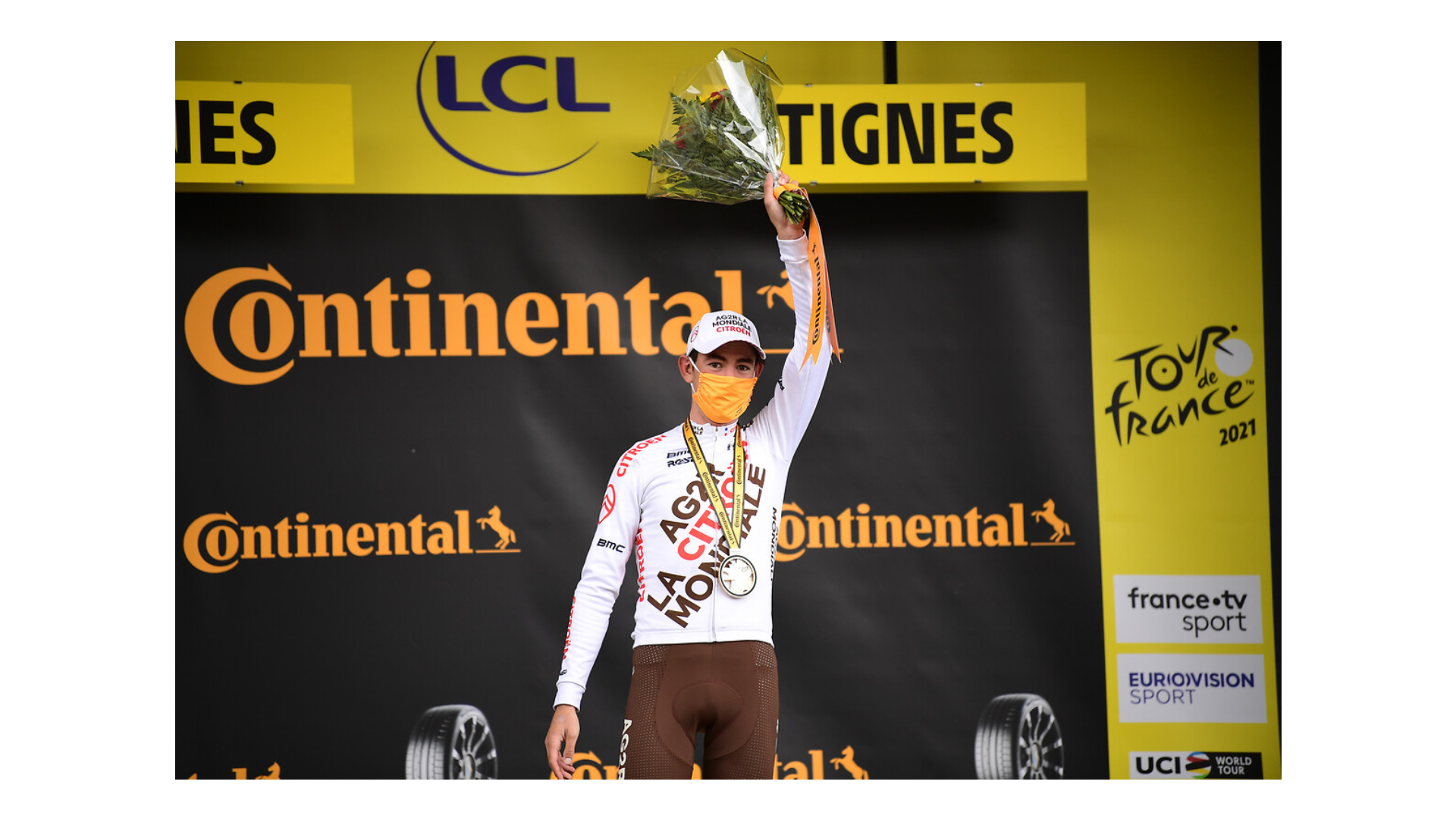 "I wasn’t meant to be in the break but it was a big group and I just crossed to it.

"I was just waiting, I didn’t really know what to do. I heard we had three, four, five minutes and I knew I had a great chance to gain time on the GC.

"On a long day like this, I always knew I could win in the end. I was blowing pretty hard on Tignes, but it was a mad stage. Conditions were atrocious. Maybe I should be descending a bit better next time, that would have saved a lot of energy."

As they got brought back, Wout Poels (Bahrain Victorious) went solo 6km before the summit. Quintana caught up with him right on the line of 1st category KOM and continued solo in the downhill.

A group of five leaders was formed before the ascent to col du Pré, the first hors-category climb of the 2021 Tour de France, with 75km to go: Quintana, Woods, Higuita, Ben O’Connor (AG2R-Citroën) and Lucas Hamilton (Team BikeExchange).

Quintana rode away solo 2km before the summit. Higuita and O’Connor successively rejoined the new leader of the KOM classification.

The leading trio made the difference at Cormet de Roselend (km 93.3) where O’Connor was virtually in the lead of the overall classification.

O’Connor couldn’t hold the pace of the two Colombians in the tricky downhill of Cormet de Roselend and had to ride across in the valley to the front of the race after Bourg-Saint-Maurice.

Quintana hunger-flatted with 22km to go, leaving Higuita and O’Connor riding for the stage victory while UAE Team Emirates upped the tempo to defend the yellow jersey. 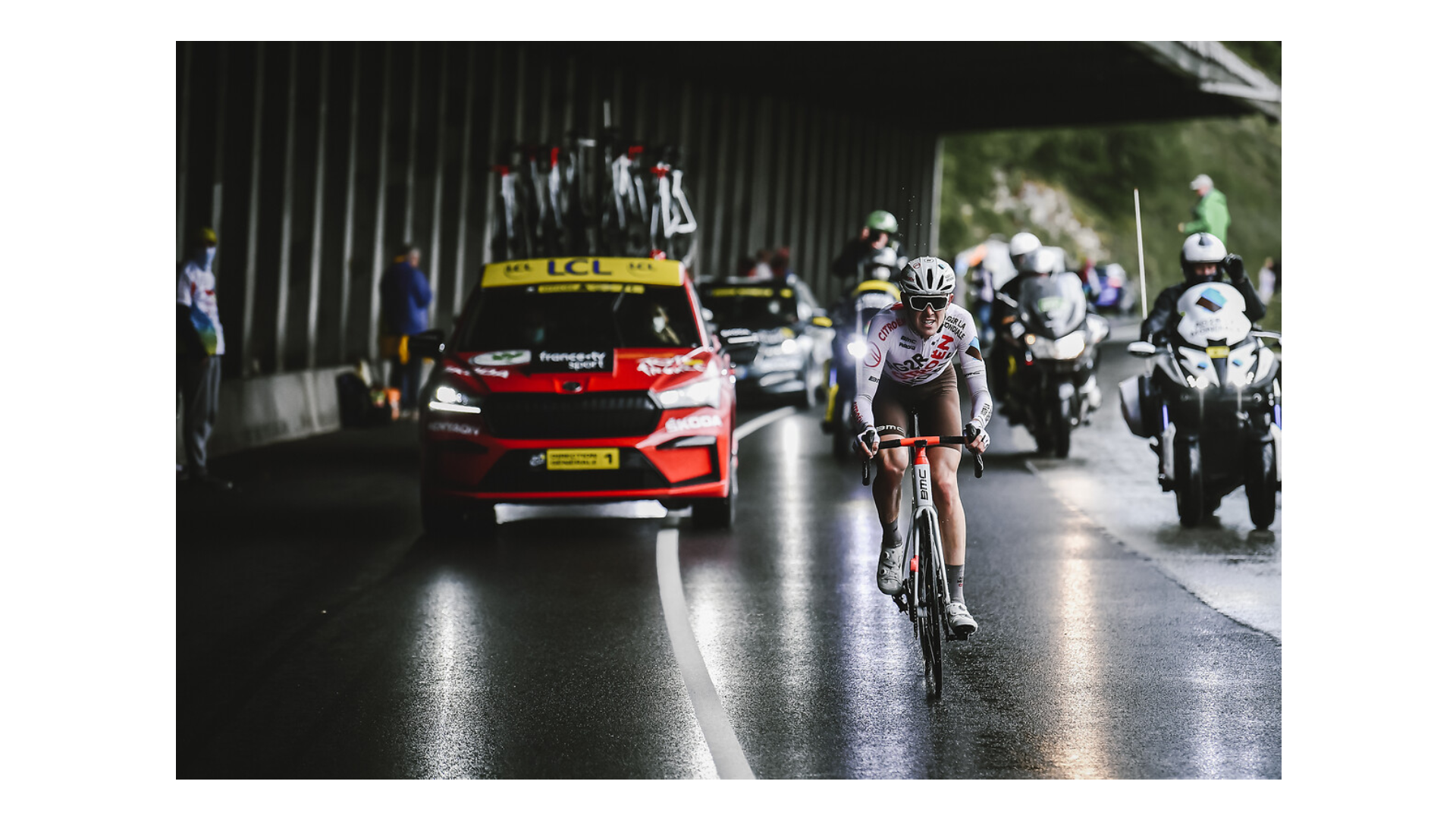 In the last 10km, Ineos Grenadiers set the pace of the group in which Pogacar remained without any domestique.

4km before the end, Carapaz attacked but Pogacar responded and showed once again that he’s by far the strongest of the favourites.

The Colombians suffered badly in the final climb and O’Connor won with a big gap over Mattia Cattaneo (Deceuninck–Quick-Step) and Sonny Colbrelli (Bahrain Victorious).