This is the vision of BMX for Life, a research project currently being undertaken by Dr Dave Camilleri at the University of Melbourne.

By combining data from existing literature with insights gathered from focus groups and surveys from hundreds of BMX riders, Dr Camilleri hopes to generate an educational toolkit that provides support to young BMX riders.

“Ultimately, we would like to develop a BMX-centric social and emotional learning program that can be applied in any context in BMX, such as in a race context, in a skate park context, and in a dirt jump trails context, with slight variations,” Camilleri explained.

“Where I see this possibly going is like on a Saturday morning at council jumps, just having some older mentors hanging out with younger guys or girls, and just really loosely having this program. It's not something necessarily where they’re sitting down and doing stuff; this research is about figuring out what's going to work for those young people in that setting.”

Program content would potentially cover aspects such as self-regulation, resilience, creativity, effective communication skills, and well-being and mental health across a range of social settings, with the surveys and focus groups playing an important consultation role in the development of the toolkit.

“It's really important that we just don't talk about but also talk with, and so that's where we're at now with the work we're doing with the surveys and focus groups; to set up this foundation of knowledge for the sport,” Camilleri said. 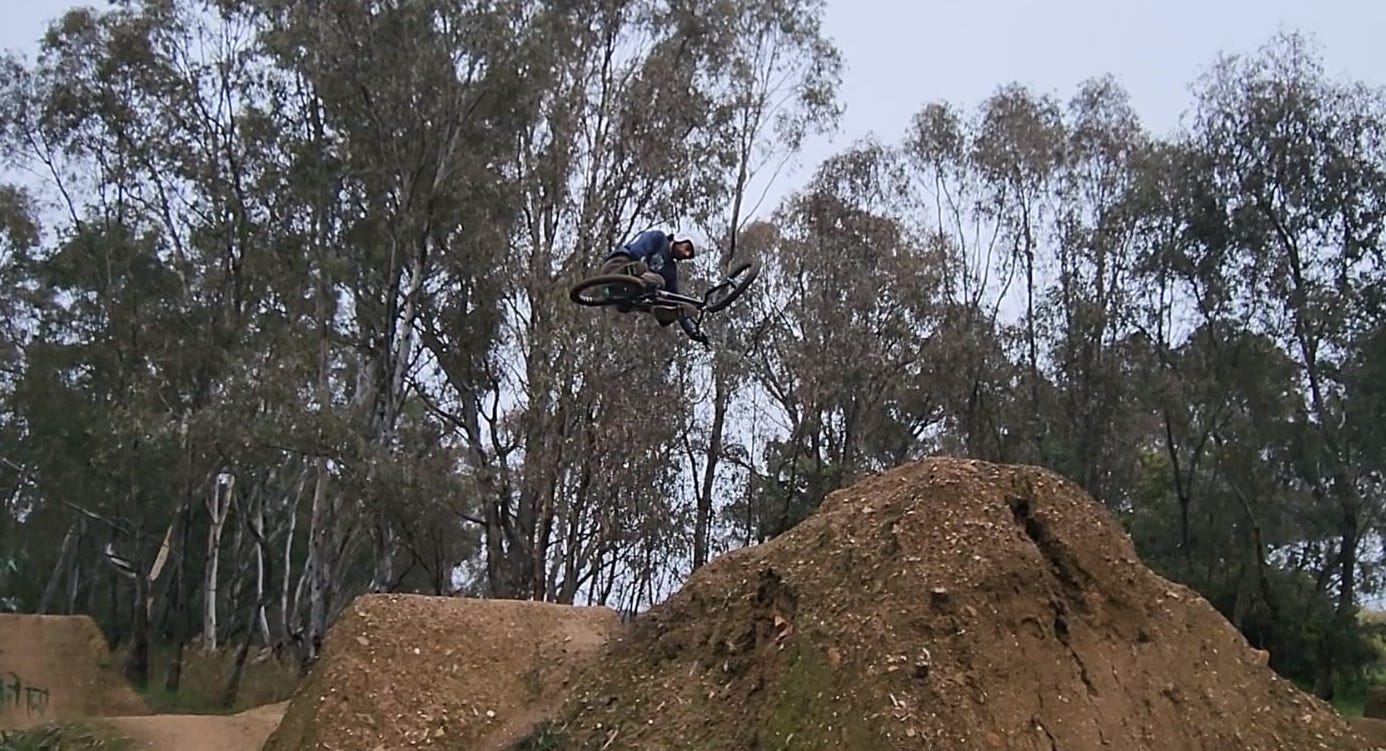 Camilleri added that while the findings will be presented in academic conferences and journals, the research is primarily “stakeholder facing,” with the plan to publish a “plain language summary” of initial findings on social media later this year, before developing a pilot education program that runs over several weeks.

“We’ll run a pilot of it hopefully in 2024 starting from Victoria, and it would be something that happens on a specific site and maybe have 10 young people,” Camilleri said.

“It's not about getting the riders there and saying to them, ‘You've got to do this,’ or ‘You’ve got to do that.’ It’s really getting them to look at their skills within a specific context and to sometimes practice those skills and work in teams, giving each other feedback and actually helping each other.”

Dr Camilleri’s belief in the need for such a program is based on his own experiences growing up in the north-western suburbs of Melbourne in the mid-1990s, with Camilleri saying he never really engaged at high school and instead began building his own jumps as a way to stay out of trouble.

It wasn’t until adult life that Camilleri found an interest in higher education, which in turn planted the seed for the BMX for Life project.

“I initially did a PhD on disengaged young people and predominantly secondary school students, and what I found was that a lot of students who disengaged in school really prefer informal learning contexts, where there aren’t adults necessarily and it’s a bit more open and they’ve got more agency,” Camilleri explained.

“[With BMX], there's a lot of kids who ride on their own, or they just ride to get away from adults. And so, it made me think about BMX and the place it creates for a lot of young people. I thought, ‘Well, what has been done on this from an academic perspective?’ So, I applied for a research grant, and we started to investigate what is out there in terms of the literature.”

Early investigation into the literature has revealed BMX research has progressed from an early focus on injury and trauma towards an emphasis on professionalisation and performance, but Dr Camilleri feels little is known about the distinctiveness of the BMX community.

“We want to, in some part put BMX on the map of the academic world for its richness. There’s the physical health, the identity, the connectedness, the connection to place. There are so many things that it can be really good for, for young people and even older people. It would be really nice just to get some positive stuff out there,” Camilleri said.

Another potential outcome is to distil the findings into a “racing manual for coaches or a selection team”, and Camilleri also hopes the lessons learned by riders in the program could help forge them into elite athletes of the future.

“How do we best prepare young people for their future ahead? This is where I emphasise social and emotional learning and having those skills like communication and self-regulation, and using your creativity. These sorts of things are just so important, and I think BMX can be a vehicle for that.”

For more information, contact Dr Camilleri on 0400 048 644 or [email protected] Participate in the survey here.