AusCycling | Duffy and Perry to feature for Tasmania at #TrackNats22
TRACK

Duffy and Perry to feature for Tasmania at #TrackNats22

The two Tasmanian stars have experienced two contrasting versions of the Australian summer of cycling, with Duffy excelling on the road for InForm TMX Make, while Perry’s unfortunate COVID-19 positive following the Tasmanian Track Carnivals curtailed most of her early 2022 plans.

ARA Pro Racing Sunshine Coast talent Gilmore returns to the boards next month after a short absence but has been reacquainting himself with the track bike at Queensland track events and the 2021 Tasmanian Track Carnivals.

Tasmania’s brigade of U19 riders has been notching extraordinary results across #RoadNats22 and the opening round of the AusCycling National Junior Road Series (NJRS) at the Mitchelton Tour of Gippsland.

McKenzie, the defending U19 individual pursuit national champion, was also a guest rider for Team BikeExchange-Jayco at the Santos Festival of Cycling and will be a rider to watch in Brisbane. 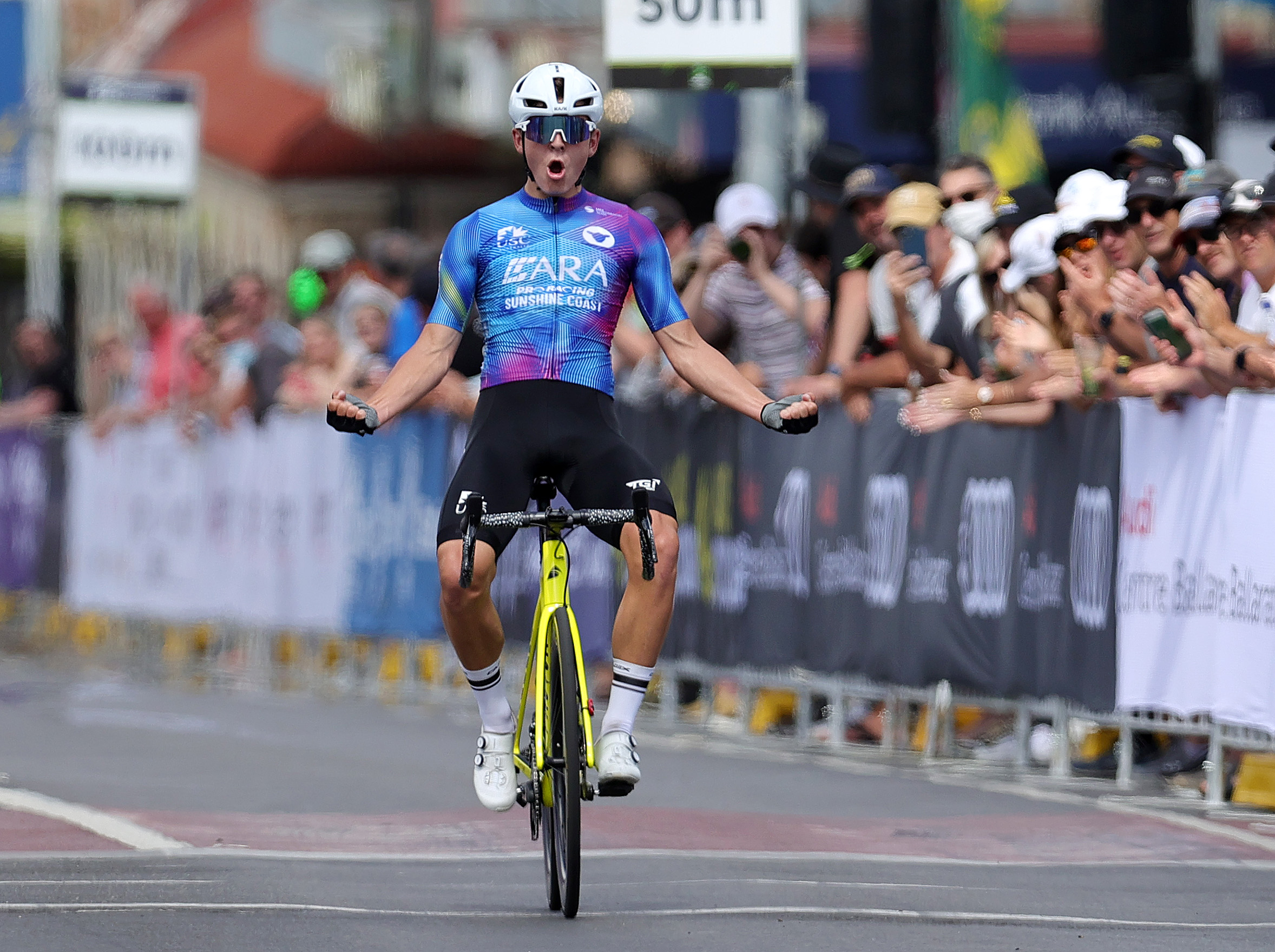 His U19 teammates in Campbell Palmer and Will Eaves have also been recording podium finishes at the national level throughout the last two months, with Eaves winning the NJRS general classification in Gippsland after a daring solo Stage 1 win.

Palmer stepped onto the box at #RoadNats22 with a bronze in the U19 road race and finished fourth in the criterium.

Matthew Gilmore’s Tasmanian Institute of Sport cycling program is well and truly bearing fruit and Tasmania’s small but mighty team of riders will be right there contesting for medals all week at #TrackNats22.