AusCycling | 'I have no regrets': Drizners leads the way for Australia in U23 Road Race
ROAD

'I have no regrets': Drizners leads the way for Australia in U23 Road Race

A determined and unwavering performance from Jarrad Drizners (SA) in the 2021 UCI Road World Championships Men Under-23 race ended with the 22-year-old finishing 23rd around a taxing Flanders 2021 course.

The Adelaidean was part of a dangerous ten-man breakaway in the closing, pivotal moments of the 160.9-kilometre race, which was won by Italian Filippo Baroncini.

Team tactics led to the eventual demise of Drizners’ breakaway group, but the Men Under-23 road captain remained at the head of the race until the finish.

A frenetic opening stanza of the Under-23 road race led to crash after crash in Belgium, with a rare standing start featuring after the neutral zone.

“It was a pretty gruelling race, just really nervous and hectic – usual U23 race, but from start to finish even more so because it’s world champs,” Drizners said.

“Everyone is in it to win. 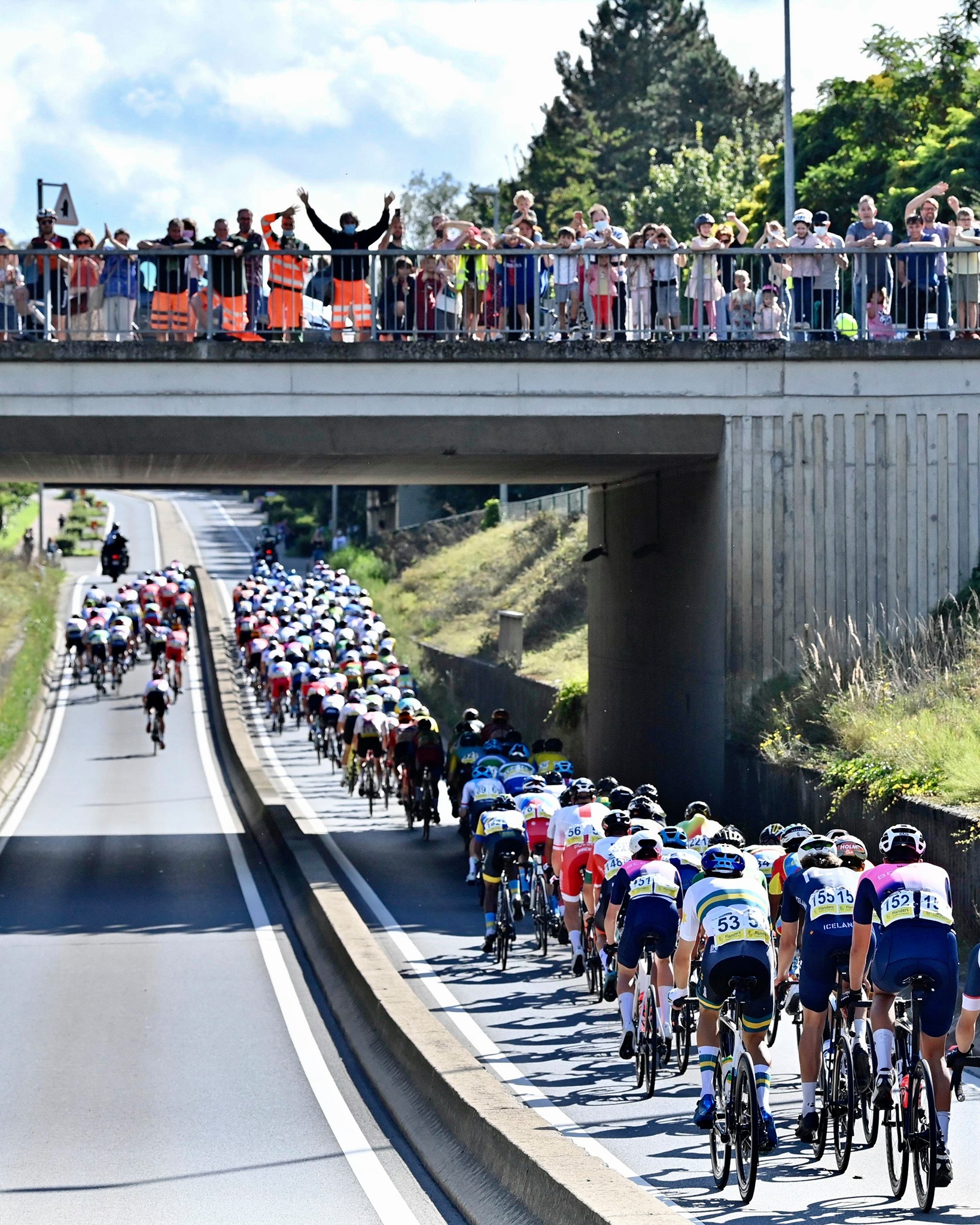 “I got a little bit caught up on the Moskesstraat on the Flandrien circuit but got back and me and Jensen were in good position for the rest of that lap.

“And then it sort of kicked off on the way back into Leuven, I found myself in a good group (full) of most nations represented which had good cohesion at the start and then a bit of cat and mouse with the Dutch.

“They (the Dutch) didn’t want to ride because they had the strongest team from behind and Belgium and Great Britain missed it as well, so two big nations.

“I think if a couple of riders were different in the break it would’ve lasted to the finish, so that’s a little unfortunate.

“I kept good position (after that) and was just legless in the sprint so, I mean, can’t ask for much more than that – I have no regrets.”

Plowright was a constant sight at the front of the race up until the final climbs of the Flandrien circuit, with the 21-year-old stating he ran out of legs.

“I was doing my best up until we got to the Flandrien circuit, second last climb I was third wheel into it and I just blew up,” Plowright said.

“I just hit my limit ... couldn’t keep pushing it.

“Got caught by a group, stuck with them for a bit until the next climb – got shelled. Then went back to the next group and just rolled in with them on the last few circuits.

“I rode the front just so I could ride the front through the corners and have a bit of fun and yeah, it was flat-out for a lot of that.

“I’m not happy with my performance, but I think the team gave it 100 per cent and did the best we could with what we had and that we can be proud of.”

Young Queenslander Alastair MacKellar battled all day after finding himself behind one of the many early crashes. 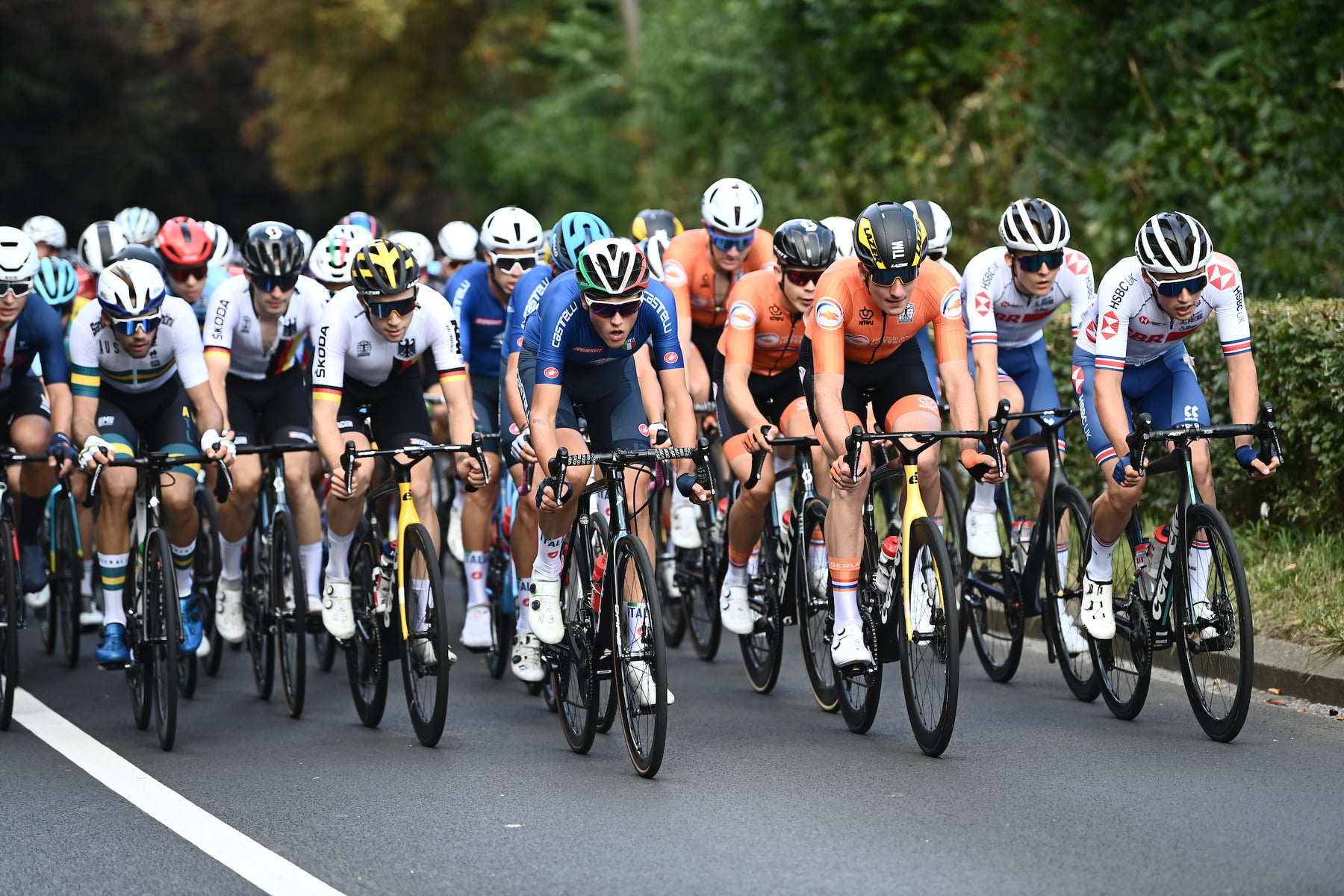 “Jarrad, honestly I can’t fault him … (his) transformation in the last six weeks and the way he’s racing is just going to go on and on in his career and more and more successful,” Dempster said.

“Today he really did hang it out there for a podium and I think he was fully capable of that.

“The Dutch played their tactic by bringing it back together and not giving Daan Hoole a free card but everything we spoke about before the race he did and more so I can’t be happier.

“Jensen, same thing - first proper worlds and here he is positioned well from the start, but the race was just too hard for a sprinter like that I’d have to say.

“The classics guys there or the Italians are more of climbers than sprinters I’d say but Jensen did basically everything right.

“(Alastair) got a little unlucky behind a crash and then a bit nervous with the first worlds and all that stuff but at the same time he kept fighting.”

Dempster added Australia’s cycling pedigree on the world stage was in good hands with the next generation of young riders.

“The youth of Australian cycling is in a really good place, and they’ve (Drizners, Plowright and MacKellar) got a big future,” he said.

“To finally have a worlds after COVID is great for not only the three guys here but also the 20 or 30 (riders) or all the U23s at home who Australia is going to look for in U23s and be given a chance to race these things and show we are one of the best cycling nations in the world.”