Australian freestyle BMX star Logan Martin is an Olympic champion after dominating the men's park final in Tokyo without even reaching into his full bag of tricks.

Martin secured the gold medal after just his first 60-second run at Ariake Sports Park when none of his competitors were able to match his top score of 93.3 with either of their two performances.

It meant his second run became a gold medal celebration where the 27-year-old Queenslander produced a front bike flip to put the finishing touches to his sport's stunning Olympic debut.

Daniel Dhers of Venezuela won silver with a best score of 92.05 and Great Britan's Declan Brooks won bronze with 90.80.

"It's amazing to be here at the first ever Olympics for freestyle BMX, I've been doing this a long time and I'm stoked to represent (the sport) on the world stage," Martin said. 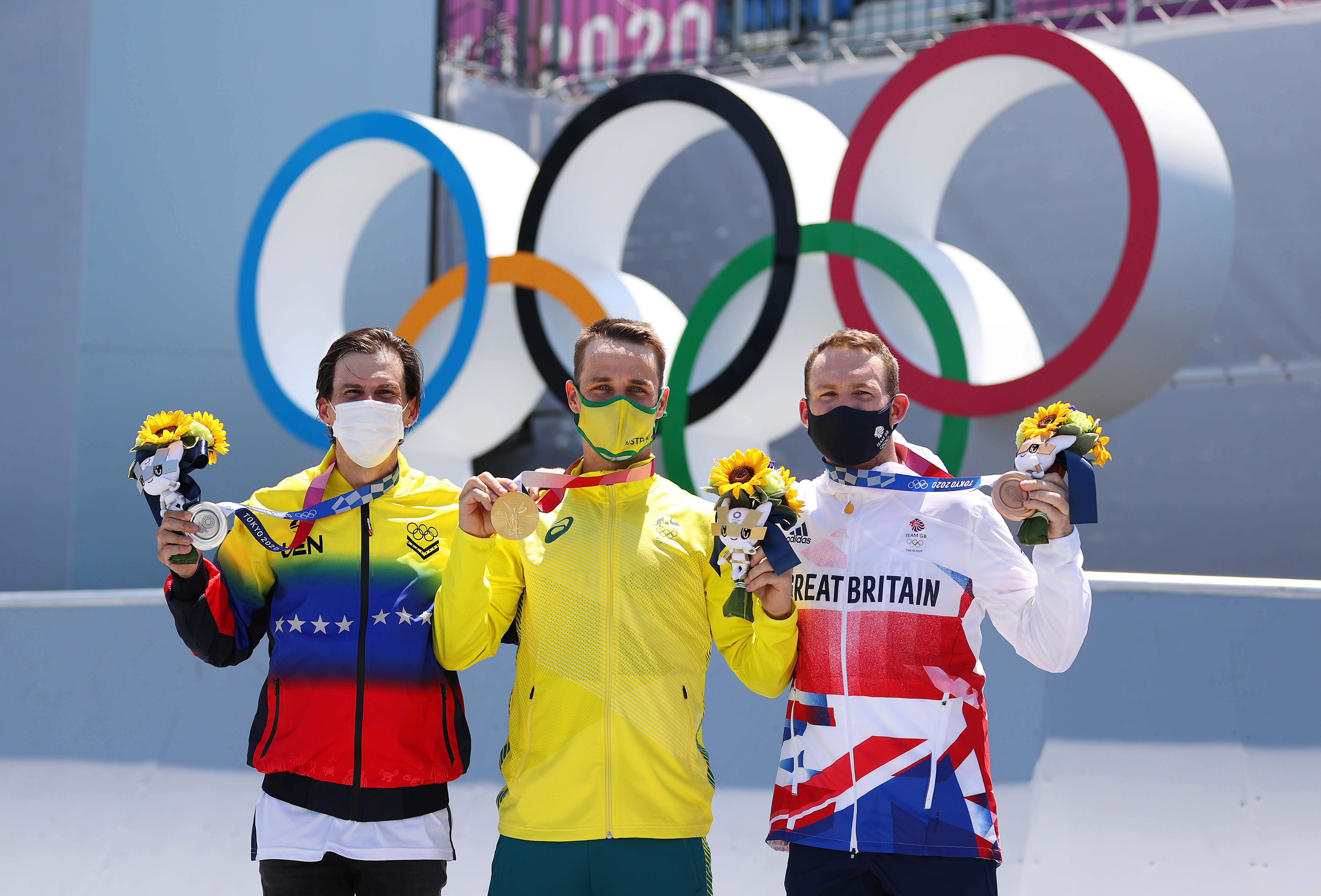 "To be competing with the likes of Daniel Dhers and Declan Brooks and all the other guys, it's a huge honour.

"It's a great move for the Olympics having freestyle BMX, skateboarding and surfing and I'm super grateful to be an Olympian and to be an Olympic gold medallist, that will forever live on."

Martin, who had a purpose-built freestyle BMX course installed in the backyard of his Gold Coast home so he could practice, said he was preparing to fight for gold in his second run before realising it was already decided.

"It's an amazing feeling to know that my safety run won the event. I didn't think it would get a 93.3, I thought it would be around a 92, and I wanted to come out swinging in my second run with the mindset that someone would overtake it," he said.

"That's where I would have pulled a few more tricks but as the riders started clocking off after their second runs I was like 'alright, I've got a medal' ... and then I went into my second run knowing I had the gold medal.

"I did a front-flip no-hander just because I know I can do it, and I still had more to give but I didn't need to." 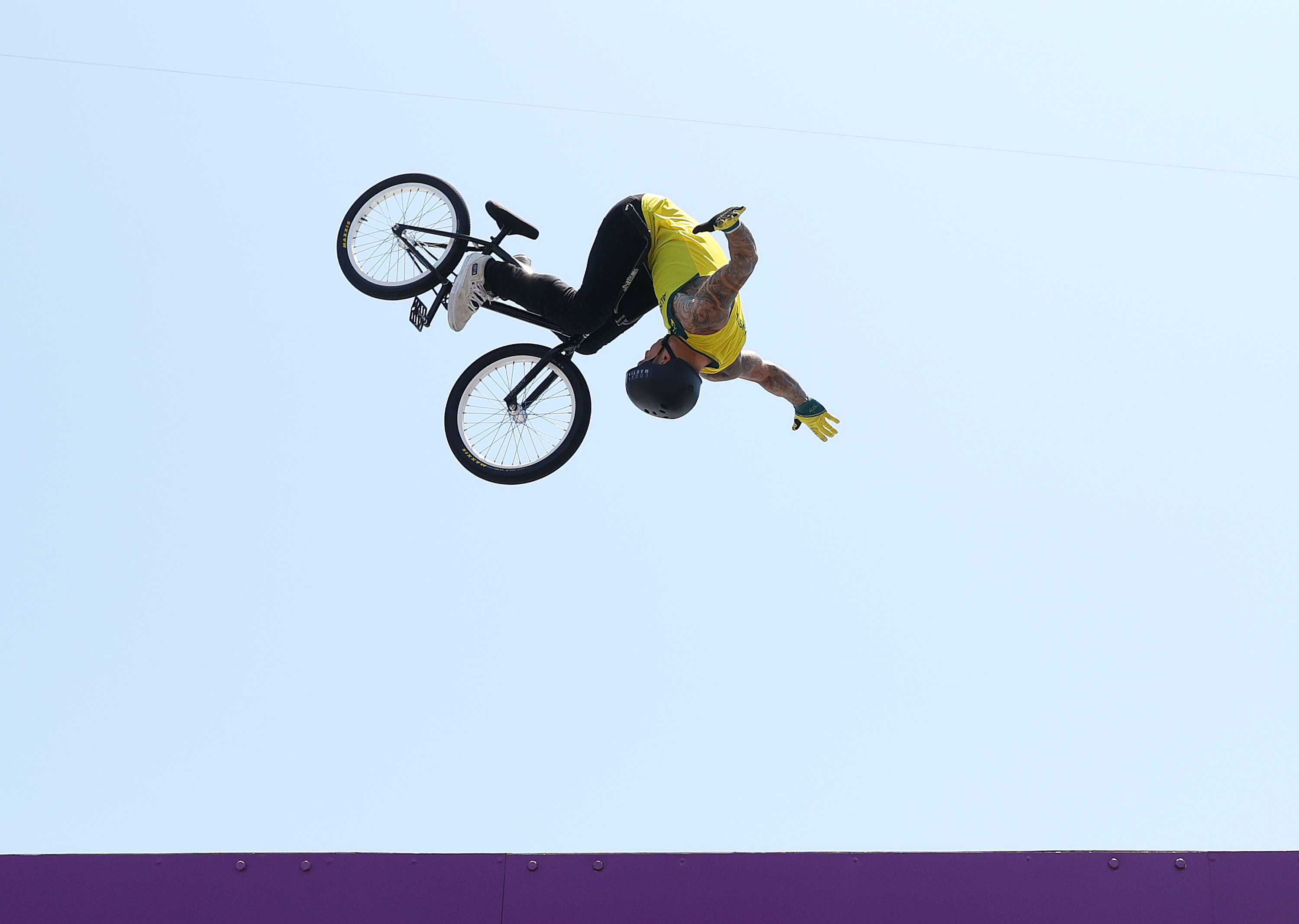 The father of one said he spoke to his family back in Australia briefly after the final and said he became quite emotional.

"I spoke to them just off the course and I was overwhelmed, just seeing them there supporting me was an amazing feeling, I love those guys so much and my family means everything to me," Martin said.

"I got a little teary there, I never have after winning events but this one shows how much it means to me to be the first ever gold medallist for freestyle BMX."

Australia's sole participant in the women's competition Natalya Diehm finished fifth in the final after temporarily occupying the bronze medal position with a top score of 86.00. The gold medal was won by Great Britain's Charlotte Worthington who produced a score of 97.50.

"I was feeling extremely confident and happy to hold the bronze spot for quite some time, unfortunately in my first run my knee decided to pop out so I just did the best I could.

"I knew in my second run I wouldn't be able to top it so I was just trying to enjoy the experience and this journey and I'm still so proud with fifth.

"Two weeks before flying out to come here I ruptured the ACL in my knee for the fifth time so I knew the risks coming in and unfortunately it didn't hold out so I just did the best with it."