The duo defied their closest rivals and the tough conditions to claim the green and gold jersey after 75km in the saddle.

For Johnston it was his fifth Australian marathon title and his second national crown in as many weeks.

The Canberran was too strong in the final sprint around the velodrome to win ahead of Tasman Nankervis in second and Adrian Jackson in third. 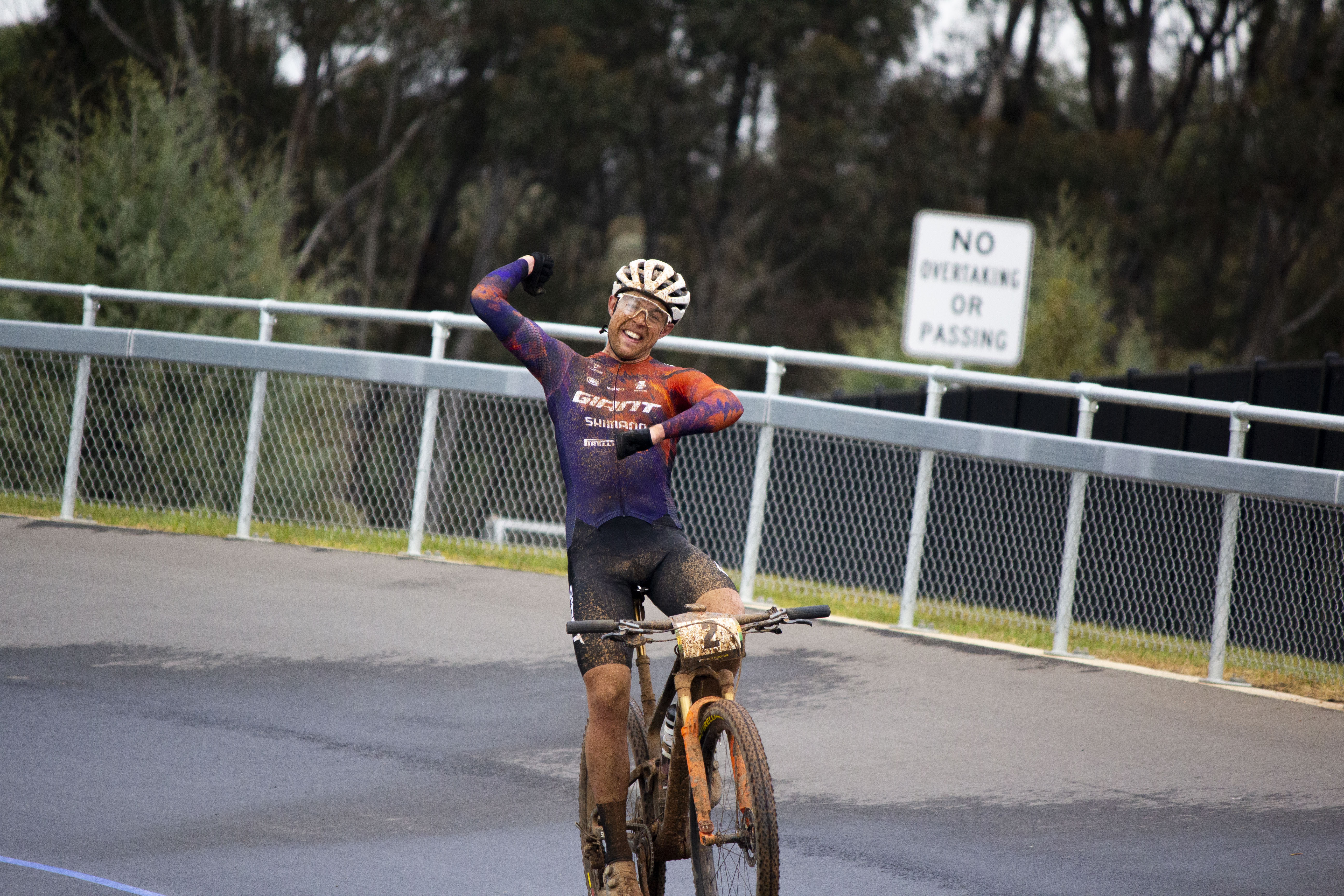 "That was hard. It was a battle to the finish.

"It's one of those ones you have to go to the front and just ride your pace and see who can keep up."

Viotto, who has been building towards the National Championships was overwhelemed by the result as she finished two minutes ahead of Karen Hill who took silver and Peta Mullens with the bronze.

After an early tussle with Holly Harris on the first climb and lap, Viotto lifted her tempo to put plenty of space between her and the chasing pack of Hill, Harris and Mullens.

"I didn't believe it till I got here.

"The depth in the ladies was strong and so to win is pretty special to me." 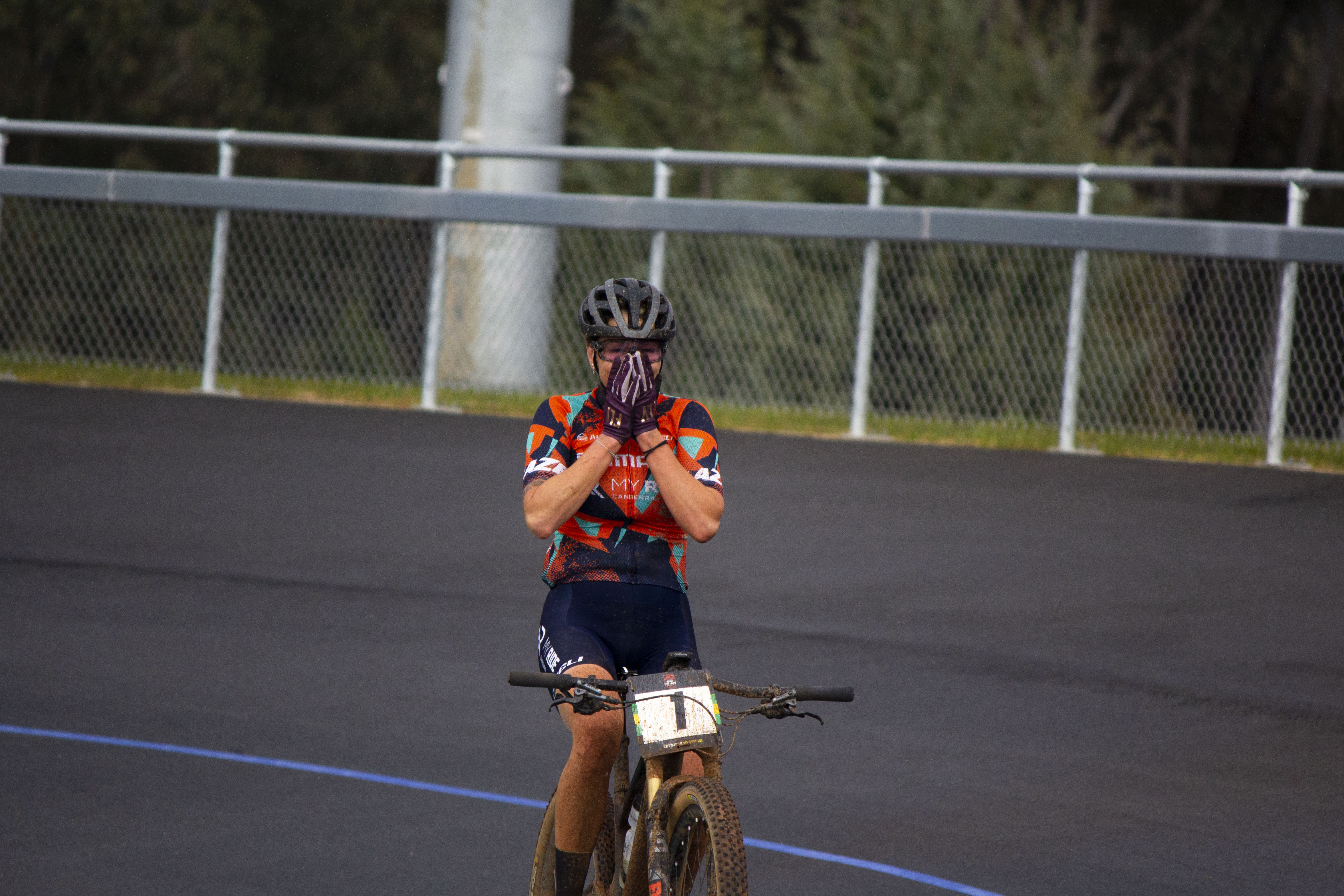 Twenty-seven national titles were up for grabs and a downpour on Saturday afternoon made the course slick and muddy for Sunday's racing. 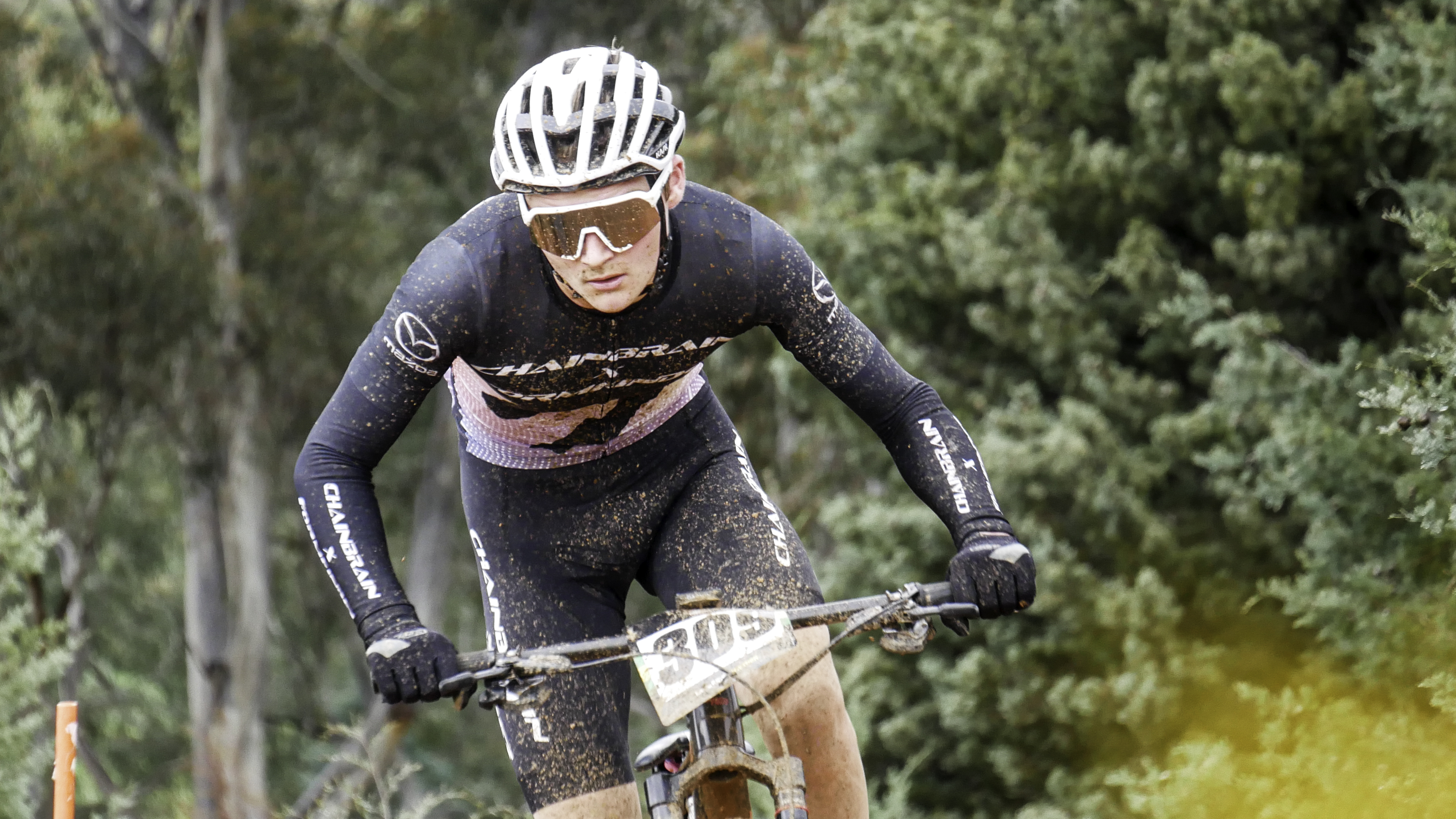 While there was plenty of single track to negotiate in the 25km laps, riders also found themselves racing on the BMX course, crit track and a finish in the velodrome ala Paris Roubaix style.

You can find all the results from the National Championships here.