During the final stages of the hot and testing 16-lap (185.6-kilometre) circuit race, the 21-year-old track and road rider from Brunswick, Victoria rode away from a heavily reduced peloton to claim his first professional victory.

“It was just awesome fun out there. I’d dreamt of this one for a while. It was a shame to miss that TT, but to make up for it here in the road race – nothing beats it," Plapp said. 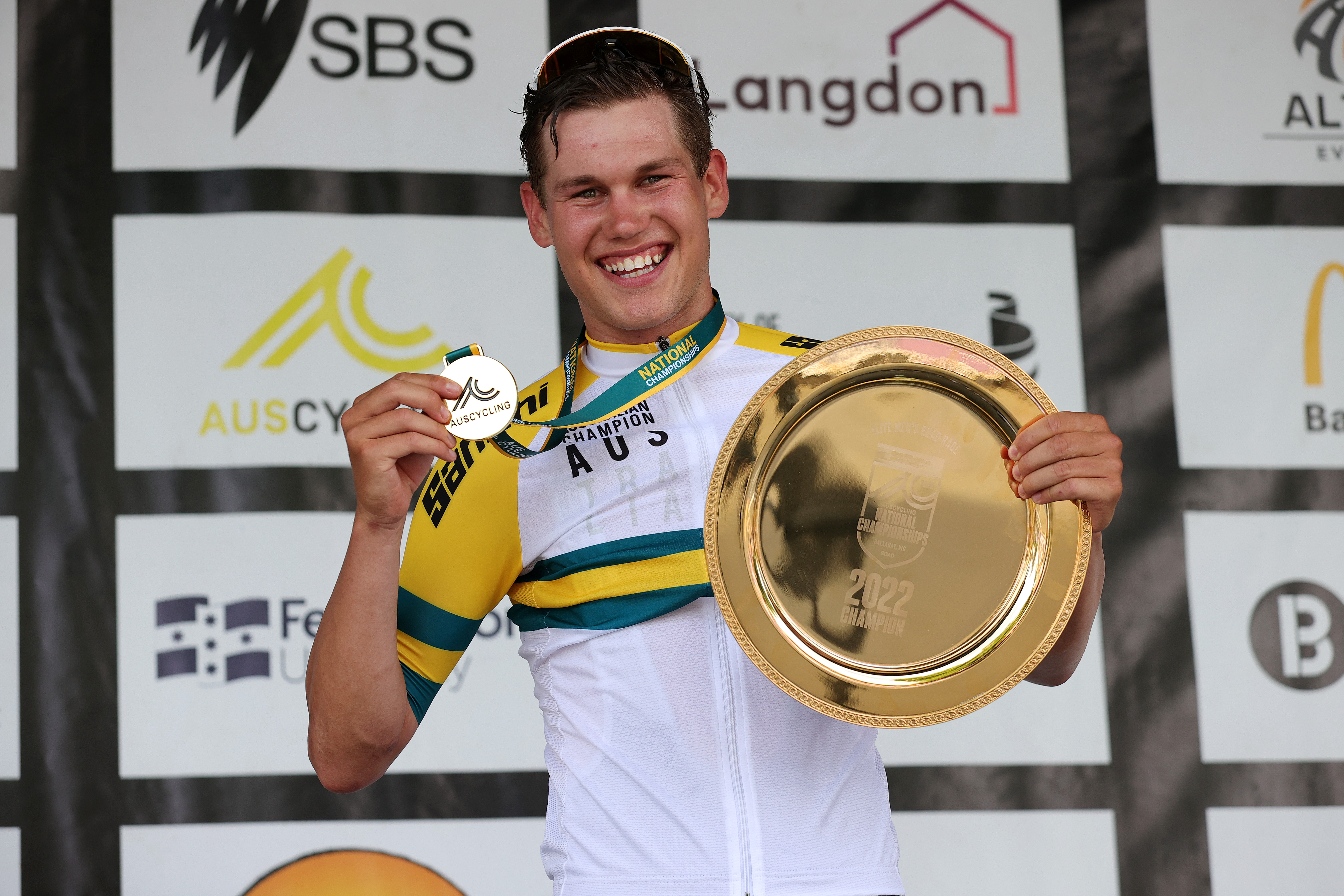 “With six to go, five to go, four to go I was like, ‘Oh, this is it, this is it’, but I thought, ‘No, I can’t make the same mistake as last year’ and I think I took a lot of learning from last year. So, to be able to do it today and really be patient, I couldn’t be happier.

“We spoke to my coach last night and he said as you feel the moment, just back it. Don’t hesitate and once you have that one move, commit all-in for it and don’t make another. So, I was just glad that the one move that I chose paid off.

“Kudos to Jimmy [Whelan], he is an amazing fella. I look up to him and train with him a lot, and if I couldn’t win, I would have loved him to.”

In his first race as a fully-fledged UCI WorldTour rider, Plapp had clearly learned a lesson in patience from last year’s championships, where he had attacked from extreme range only to be caught and dropped.

This year, the team pursuit bronze medallist from the Tokyo Olympic Games waited until his rivals had fired their early shots before putting in his own decisive attack.

The opening stages of the race dished up a familiar scene often seen around Buninyong, with a small breakaway established while the peloton settled into its rhythm.

Jean-Pierre van der Merwe (Team BridgeLane) and Kane Richards (ARA Pro Racing Sunshine Coast) escaped up the road, and the pair would enjoy an advantage that stretched out to five minutes at one point.

However, the peloton erupted with a serious of vicious attacks from the halfway point. These, combined with the 30 degrees temperature, thinned down the field of 94 until only 15 riders – most of whom were now encrusted with salt stains – remained in contention with five laps still to race. 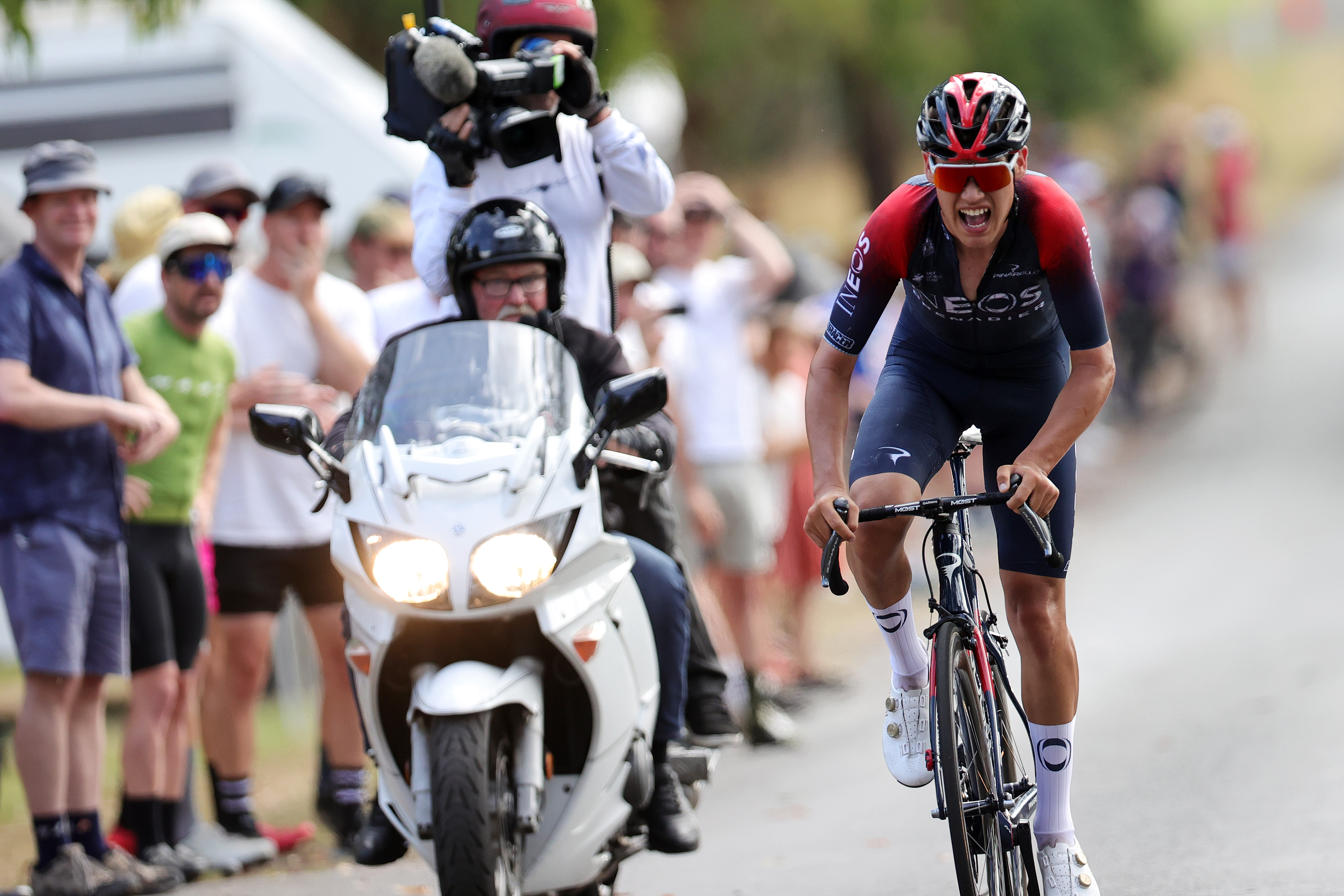 Whelan attacked with around 40km remaining, briefly joining the breakaway riders before dropping them to go solo. Durbridge attempted to mount a lone chase but was unable to make the junction.

With just under 30km to go, Plapp made his one and only attack of the race, surging clear of the remnants of the peloton after cresting Mount Buninyong for the third-last time.

What followed was a mano a mano time trial battle between Whelan and a relentless Plapp, who steadily chipped away at Whelan’s lead of 1 minute 20 seconds.

With 9km to go, on the final ascent of Mount Buninyong, Plapp made contact with his fellow Victorian and immediately blasted past to take the lead.

The 2021 Australian time trial national champion extended his advantage through the university campus until he rode into Buninyong’s crowd-lined main street to claim the road race title, alone and unmatched.

Whelan finished 45 seconds adrift, while Johnston was another minute behind after attacking the remaining chasers. 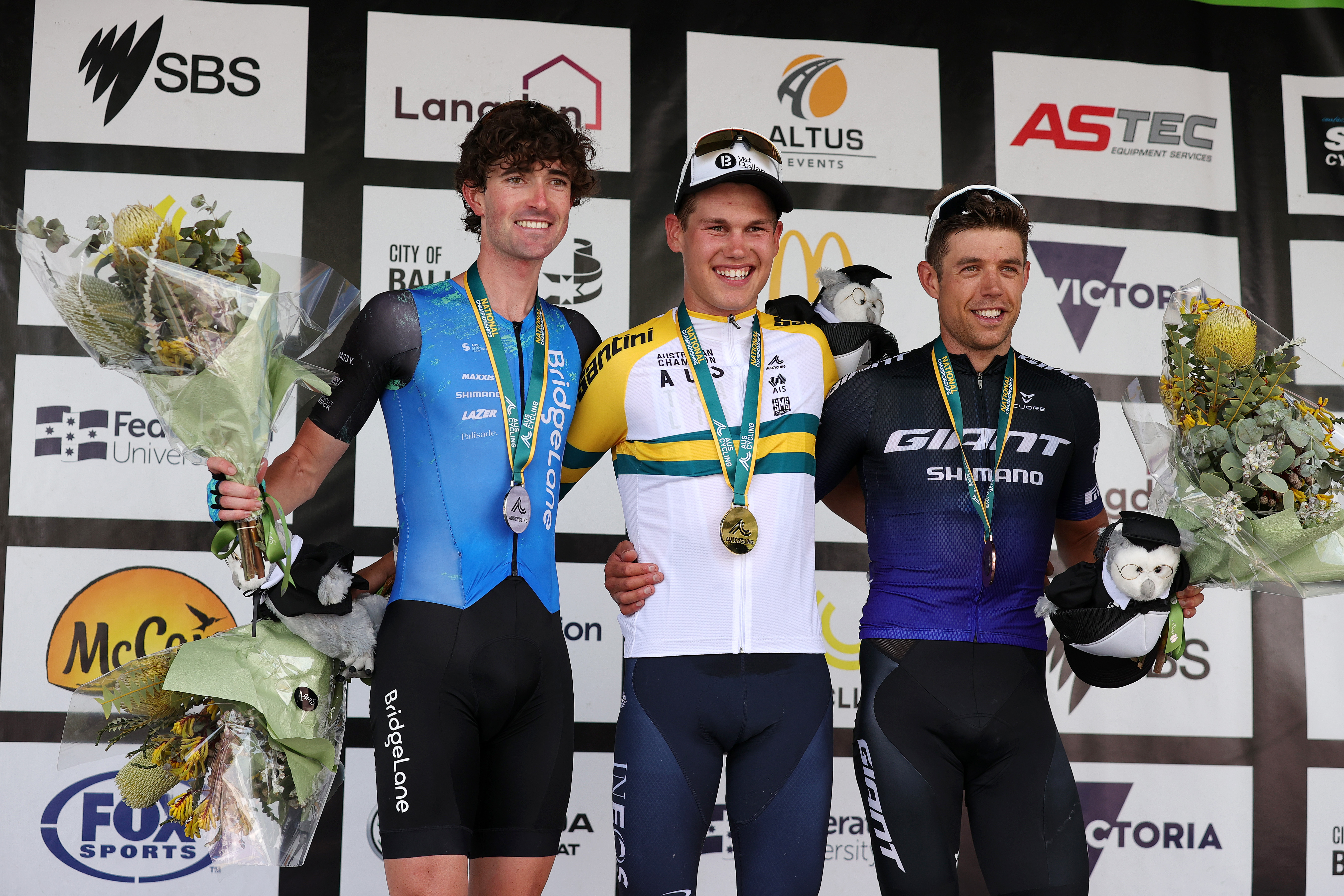 “I gave it everything I could. Unfortunately, there was a Luke Plapp in the field and he’s a pretty good ‘TT-er’ and he’s class act, and I knew I was in trouble when he was coming across solo," Whelan said.

Impressively, Richards valiantly led home the sprint for fourth after spending much of the race in the breakaway.

It was a perfect start to the season for Plapp, who had been unable to defend his time trial title this week due to being required to self-isolate as a close contact of a COVID-19 positive case.