In total, 32 South Australians will take to Brisbane’s Anna Meares Velodrome for the 2022 AusCycling Elite, Para, and U19 Track National Championships from March 26-30, as part of the Brisbane Cycling Festival.

Plouffe’s 2022 summer of cycling has been a heatwave of stellar form, notching up wins at the Santos Festival of Cycling on both the boards and the road, the Mitchelton Tour of Gippsland, and most recently became the inaugural winner of the Women’s Warrnambool Classic.

The Tokyo 2020 Olympian is also the current leader of the women’s AusCycling National Road Series (NRS).

Plouffe showed her track legs were firing on all cylinders at the 2022 AusCycling Track State Championships – South Australia at the Adelaide Super-Drome, smashing her own national individual pursuit record by six seconds with a time of 3:19.994.

Glaetzer will have his eyes set on adding to his tally of 11 elite national championships in Brisbane ahead of the 2022 Commonwealth Games in Birmingham.

The 29-year-old has for many years been the gold standard of track sprinting in Australia, however, he is now being challenged by Australian Cycling Team teammate and back-to-back national sprint champion Matthew Richardson (Western Australia) for supremacy at the top of the pecking order.

The same can be said for the remainder of the South Australian male team sprint squad joining Glaetzer at #TrackNats22. 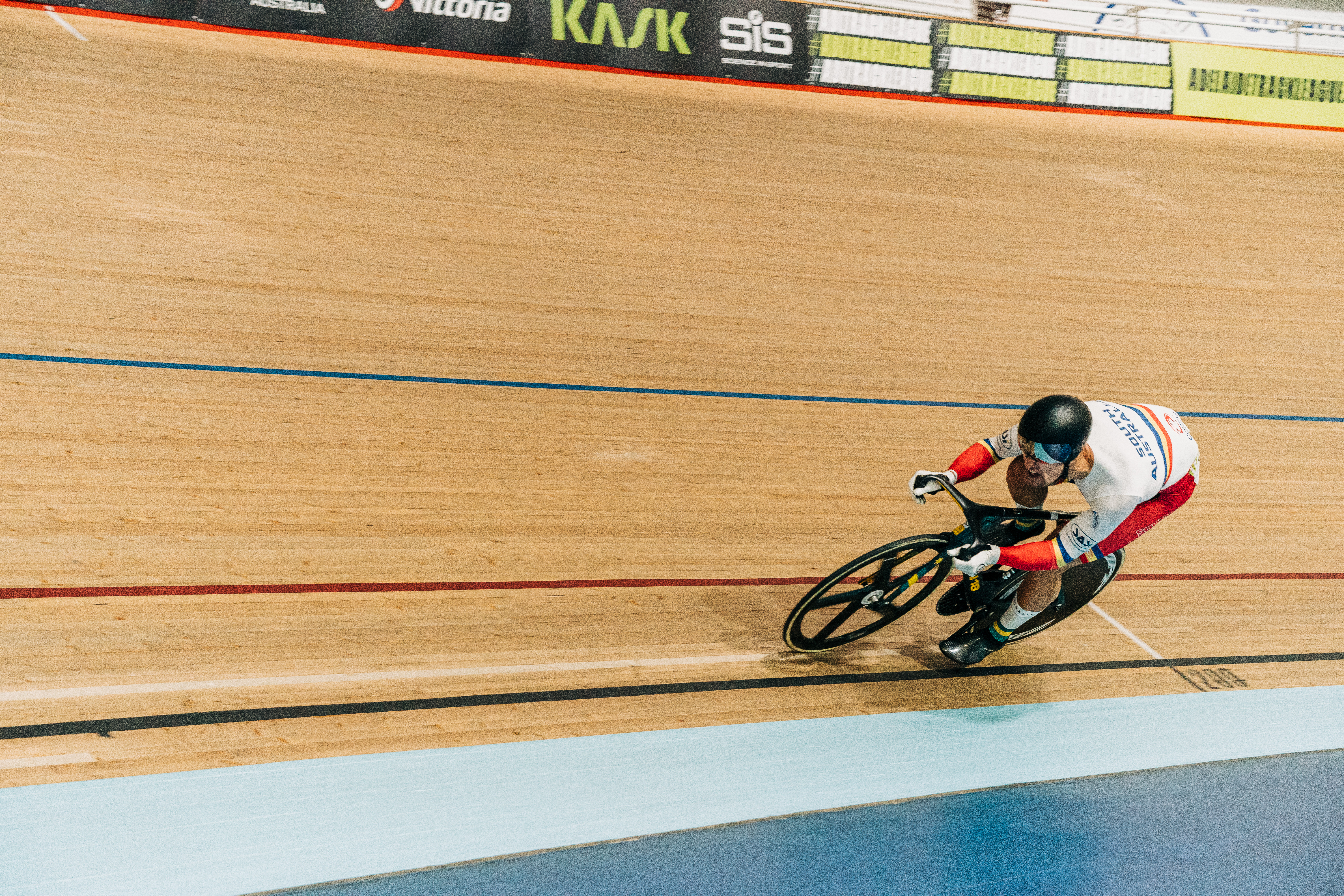 James Brister, Leigh Hoffman, and Carlos Carisimo are all current Podium Potential-level athletes and will be hunting redemption in the hotly-contested team sprint event, won by New South Wales at #TrackNats21.

Paralympic Games gold medallist Darren Hicks continues to go from strength to strength on the bike, and will no doubt be eager to add to his national title tally in the C2 individual pursuit and time trial.