Road Worlds: U23 Australian trio to race with aggressive mindset

All three members of Australia’s U23 Men road race team will be making their debut appearance at a UCI Road World Championships when the race departs from Antwerp at 9.15pm AEST (1.15pm CEST), however, the trio is not shy on race experience in 2021.

Drizners (Hagens Berman Axeon) and Plowright (Team BridgeLane) both impressed as members of the Australian Cycling Team at the 2021 Tour de l'Avenir and have continued to log consistent finishes at the Flanders Tomorrow Tour and A Travers les Hauts, respectively, during the opening week of September.

2021 Melbourne to Warrnambool winner Plowright also finished a credible 17th at the recent Kampioenschap van Vlaanderen on September 17 against several of the world’s top tier sprinters. 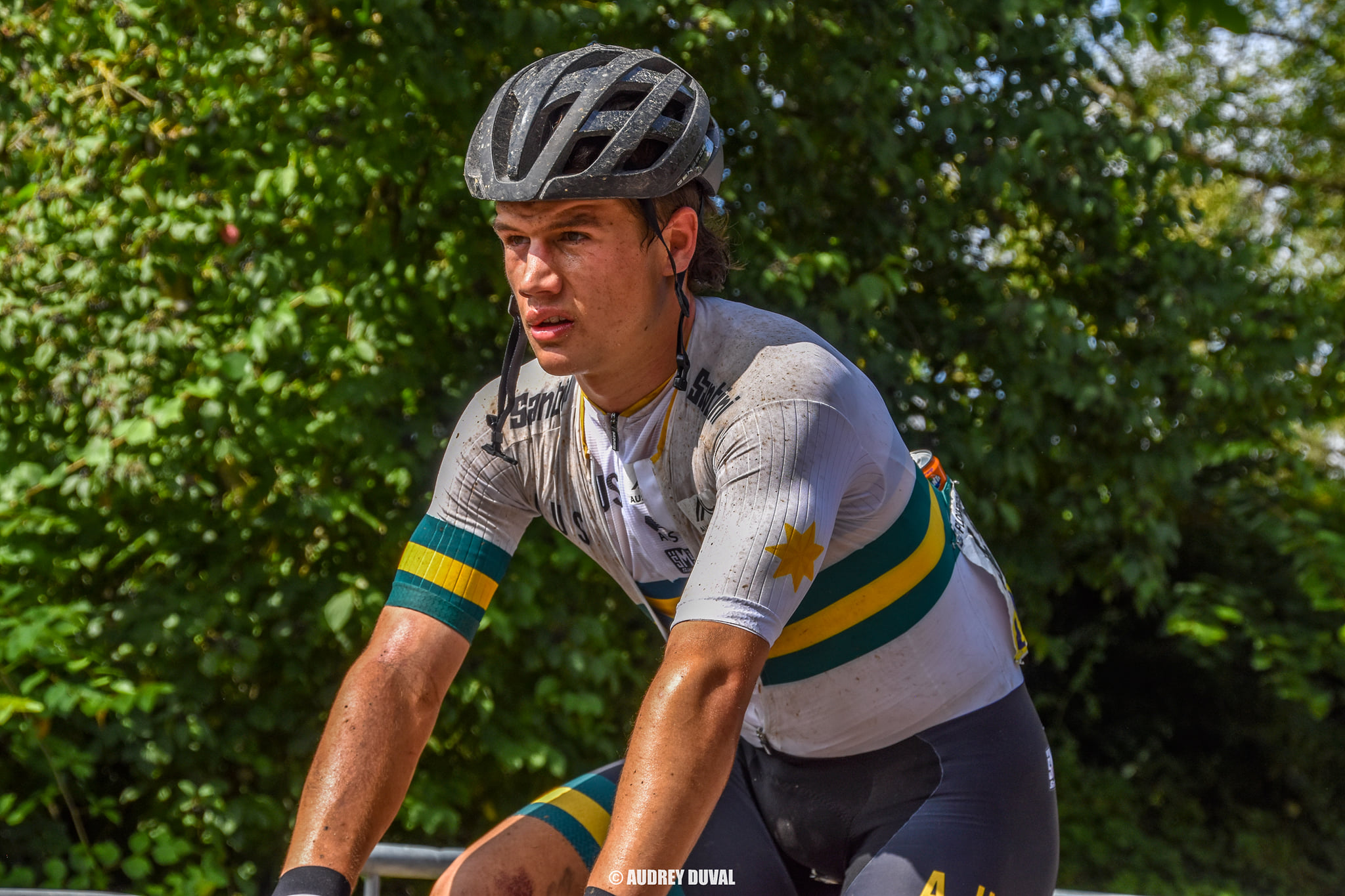 Drizners said the team was eagerly awaiting the chance to pin the numbers on in Belgium.

“We have a super-strong squad even though we’ve only got three riders,” he said.

“I think we have a versatile couple of guys with different cards to play.

“Obviously, it would be nice to have a couple more guys, but we don’t, so we’ve got to deal with that and be adaptive. We’ll be following moves, being aggressive, but we’ve also got cards to play in the sprint which is good.

“For me personally, it’s my first UCI Road World Championships, so I'm looking forward to that.

“It’s always nice to pull on the green and gold and I’m really looking forward to doing my best for the boys and make our country proud.”

Drizners youngest teammate MacKellar enters Flanders 2021 as a first-year U23 rider who burst into contention for selection with a stage win at GP Torres Vedras in July.

The 19-year-old Queenslander added to his stellar debut season with Israel Cycling Academy a month later, finishing second in Stage 6 of Volta a Portugal.

“We are all getting really keen now … it’s good to be in the AusCycling group environment and be around lots of Australians,” he said.

“We’ve got a good plan with only three of us here, which is less than most nations, but we’ve definitely got lots of options.

“We’re all super blessed to be able to put on the green and gold and represent our country and we’re going to give it our all in the process.

“(We’re) going to leave it all out there on the road today and have a good time doing so, so we'll give it our all and enjoy it.”

Australia’s U23 Men directeur sportif Zak Dempster said his squad of three will be “super-competitive” during the 160.9-kilometre race. “All three have earned their place,” he said.

“It’s not an easy place to earn when there are five spots, so when there’s three it’s even harder. So, I think they can be extremely proud of what they’ve achieved for first of all getting in the team and also getting to the point where the form guide is showing that they’re a solid unit who can be competitive with the best in the world.

“Jarrad Drizners is probably one of the most consistent U23 riders in the world at the moment.

“He’s always there, he’s clever, he’s been there and done that and he’s been in race situations in more than one type of race, so we can be super confident in him as road captain. I’m excited to see him race.

“Then we have Jensen Plowright – good sprinter, young.

“Jensen showed he is right up there as one of the top U23 sprinters in the world during Tour de l'Avenir and then again at A Travers les Hauts.

“He can gamble … he can come off a wheel and he just needs to survive the punches.

“Then we have the young pup in Alastair. First-year U23, came out of nowhere – wasn't really in contention for selection, then went off and won a stage at GP Torres Vedras - which is not easy at all.

“He’s a guy who I think is changing the idea of the type of rider he is. So, we’ll look to him to really start the final to put the bigger nations, such as the Dutch, under pressure.

“But he’s also not slow, he’s really quick. If he’s in a group, then we can be confident in all of them.”

Dempster has encouraged Drizners, Plowright and MacKellar to race aggressively today and said the most important factor will be meshing their strengths together to have them operating as a unit. 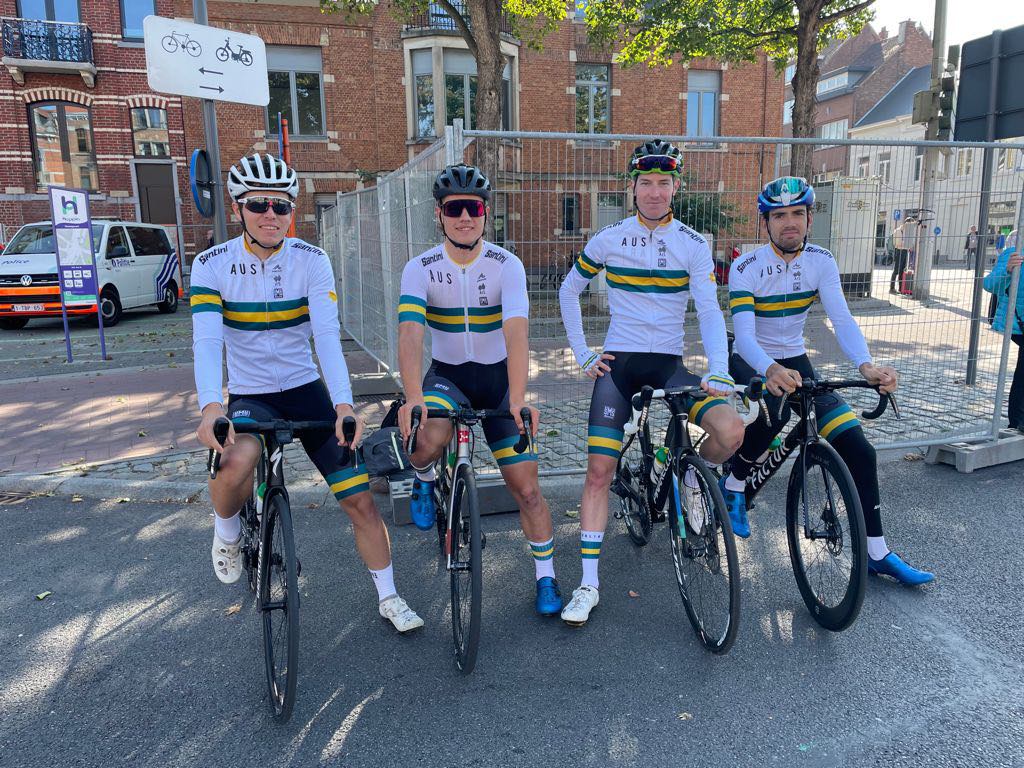 “But from what I’ve seen in all the meetings we’ve done, they’re all on the same page and ready to sacrifice themselves for each other depending on the race situation,” he said.

“I think if we’re in the race fighting for a result then yes (it’s a success) … I don’t want to tie a result to it, but I think we’ve got a team that can be there fighting for medals if I’m honest.

“However, the most important thing for me is that they race as a team, that they’re there making moves and in the race, not racing defensively.

“I want these guys to race the race and race it as a team.”

Australian viewers can live stream the Men Under 23 Road Race from 9.15pm AEST on SBS On Demand. For more details on the 2021 UCI Road World Championships, read our all-in-one guide.