Sprinters get their way in round 4 of AusCycling esports series

After last week’s hilltop finish, round 4 of the AusCycling National Club Cycling Esports Series presented an opportunity for the sprinters. The 26-kilometre race was held over two laps of Beach Island Loop in Watopia, a largely flat course with two gravel sectors per lap.

As expected, a large peloton of almost 70 riders survived until the finale of the Men’s A category. Nathan Campbell (Lifecycle Cycling Club) made a bid for solo glory with 4km remaining but was only able to eke out a lead of four seconds before a counterattack by Cadel Howie, who exited Watopia’s underwater tunnel in the lead.

In the final kilometre, Jonathon Cridland (Southern Cross CC) struck out on a long sprint in pursuit of an international rider who had caught and passed Howie. Despite hitting over 12 watts per kilogram, Cridland could not reach the front of the race and was swallowed up by the peloton. 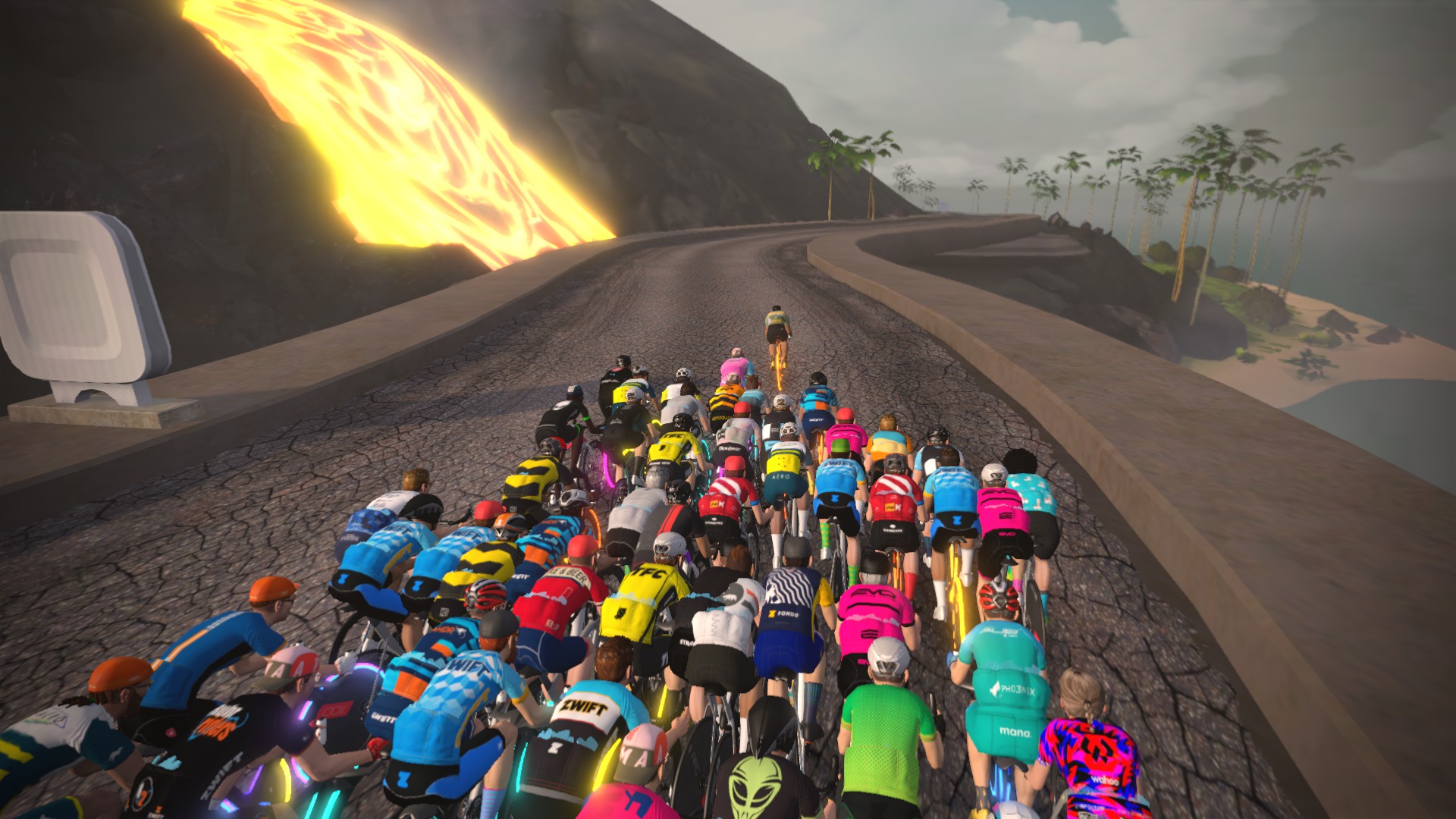 In the Women’s A category, Jessica Bemrose (Gold Coast CC) continued her flawless series by snagging maximum points for the fourth round in a row. The race came down to another reduced group sprint of six riders.

Bemrose was best of the AusCycling-registered riders, with Kathryn Alley (Randwick CC) in the runner-up spot and Dayna Davidson (Southern Cross CC) claiming her second podium in as many weeks.

The AusCycling National Club Cycling Esports Series continues on Zwift next Thursday with round 5 with a steep uphill finish on the Bologna course.

The series is streamed on the AusCycling YouTube channel. For circumstances beyond AusCycling’s control, no stream was available for round 4.

You can continue to register throughout the series. For more information, visit the series page or contact your club.