AusCycling | On Top Of The World
MTB

On Top Of The World

We caught up with Enduro World Series Masters Women's overall winner Aussie Leonie Picton and asked her few questions about her unbelievable 2021 season.

Leonie congratulations, what an incredible season for you taking out the Women’s Masters EWS title. Was it what you thought the ending would be when you started the 2021 season?

I have been dreaming about this moment for such a long time. Even before the season started, while I was training each day during the off season, I was visualising what it would feel like to be that person standing on the podium receiving that World Championship trophy. I was using that as motivation to really push myself to train harder. At the beginning of the season, being at that first race of the year, there is always that little bit of self doubt on whether I’ve done enough to be the best and to win. It is quite a rewarding feeling seeing your dreams come to fruition.

You pretty much won all but two of the rounds, what do you put your dominance down to in what were some of the most unbelievable and demanding venues?

I was unable to take the start line at the fourth round in La Thuile due to a concussion sustained during the previous round, and then another big crash in round 5 resulted in a second place finish. This is my first year competing in the Masters 35+ category. I had no idea what to expect and what the level of competition would be, so I went into the season with the same dedication and determination as I would any other year and any other race. 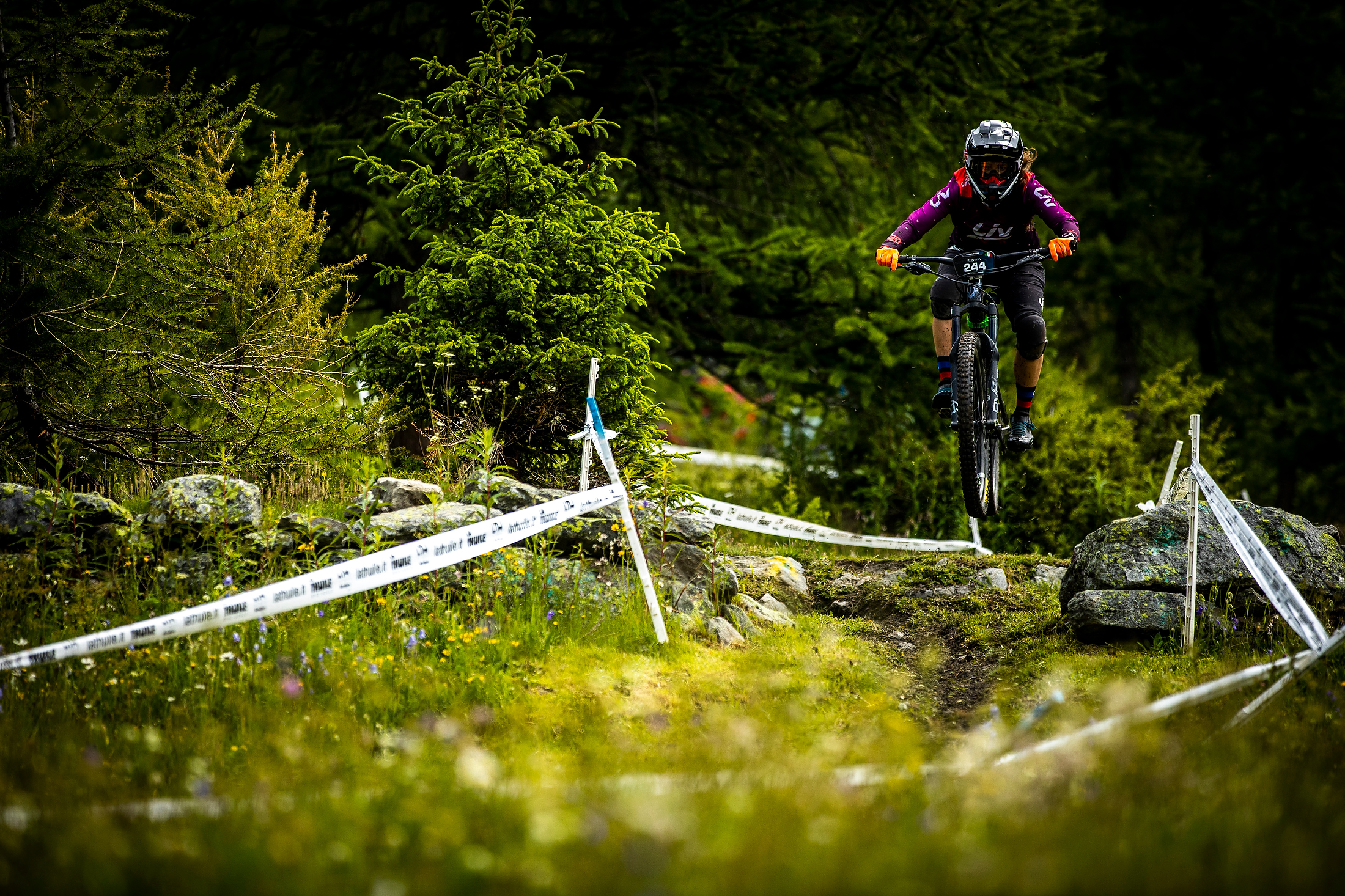 How competitive is the Masters Women in the EWS because it certainly is gaining in popularity here at the national/club level?

The women’s masters category was first unofficially introduced into the EWS in 2017, in its 5th year. As a 40+ age group category, this debut year saw 13 women compete over 8 races, across 3 continents. In 2018, the EWS reduced the age category requirements to 35+ based on the UCI rulings at the time.

With the addition of the EWS100/EWS80/EWS50 races, it has made racing much more accessible for women of all ages, and provides a supportive environment for growth within the sport.

This season concluded with a total of 12 competitors within the 35+ womens category, with the last race of the season at Tweed Valley, Scotland, having 3 ladies competing in the first every EWS race. I think there is positive momentum with participation within the masters women cagetory for the future. It's only going to get better each year. 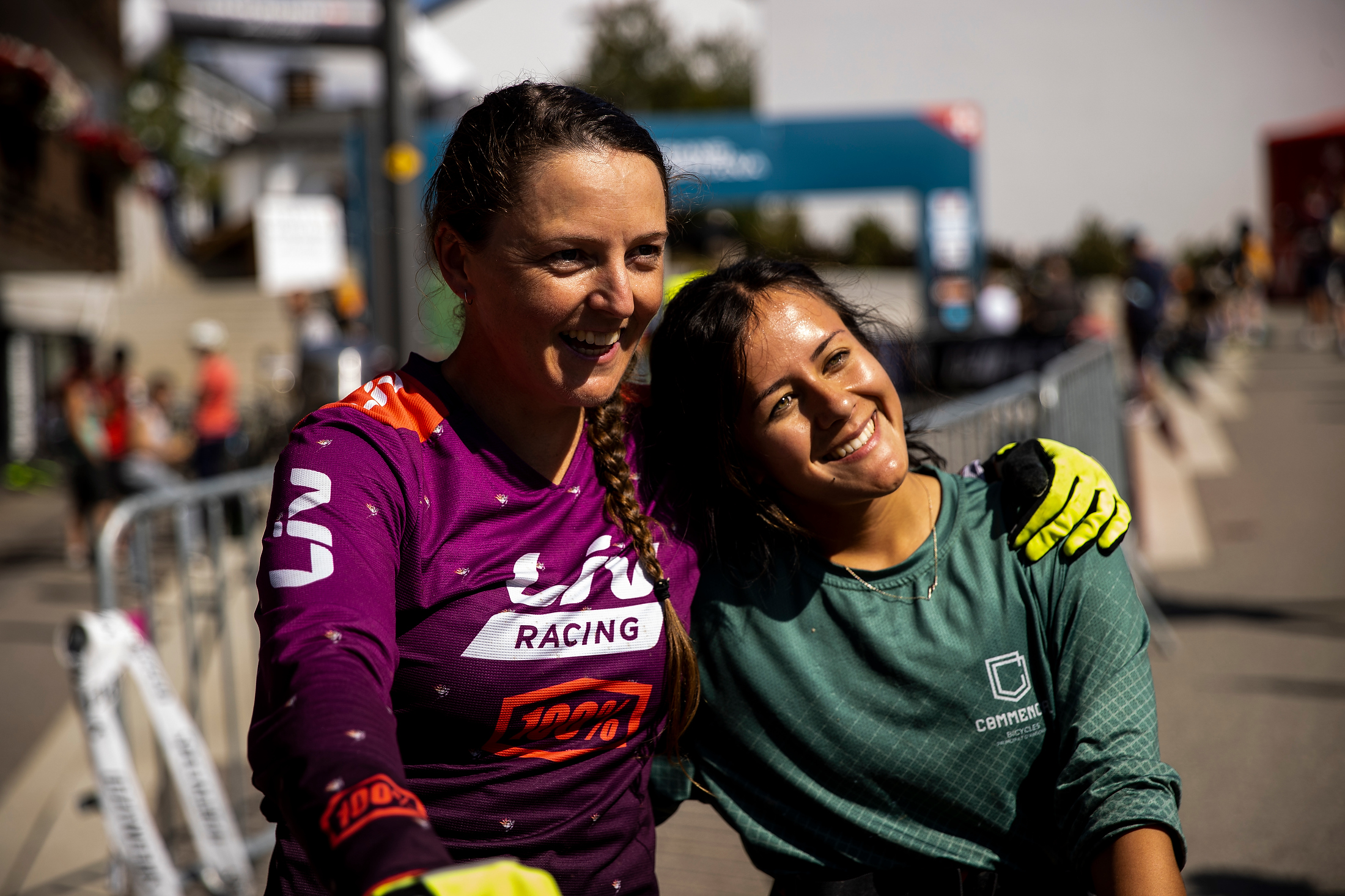 Tell us about your journey to race in the EWS as you are now located in Canada which a lot of us mountain bikers are a little jealous of, but when did you make the move there and was it because you wanted to race at this level?

After winning the National Downhill Championship title in 2011, and sustaining a significant shoulder injury during the lead up to UCI DH World Champs of the same year, I had a slight change in my personal goals. While I was recovering from the shoulder injury and all the highs and lows that come with that, I decided I wanted to go to Canada to experience in person, all the hype that is Whistler. So in 2012, I said my goodbyes and off I went. I had only intended to stay for a year or 2 but here we are, almost 10 years later.

I moved to Whistler because I am very passionate about biking, and I would never have expected that moving to Whistler would open up the opportunities that I have had, to get me to where I am today.

Which of the EWS rounds was your favourite and why?

It is always really difficult to pick a favourite, as each race and venue has something unique to offer. The first location, Val Di Fassa, is just so beautiful. I first visited the area for the EWS in 2019, and immediately thought, this is somewhere I’d love to live.

In terms of racing and trails, Crans-Montana would have to be at the top of the list. It was my first time in Switzerland, and I thoroughly enjoyed every minute of it. It was the first venue of the season that included the most variety of trail types, particularly the inclusion of large jumps.

What is there not to love about going to Finale Ligure! The trails, the beach, the warm weather, the gelato. The final race in Tweed Valley, even with the unfavourable weather, had the best atmosphere. The crowd made the race that much more special to me. 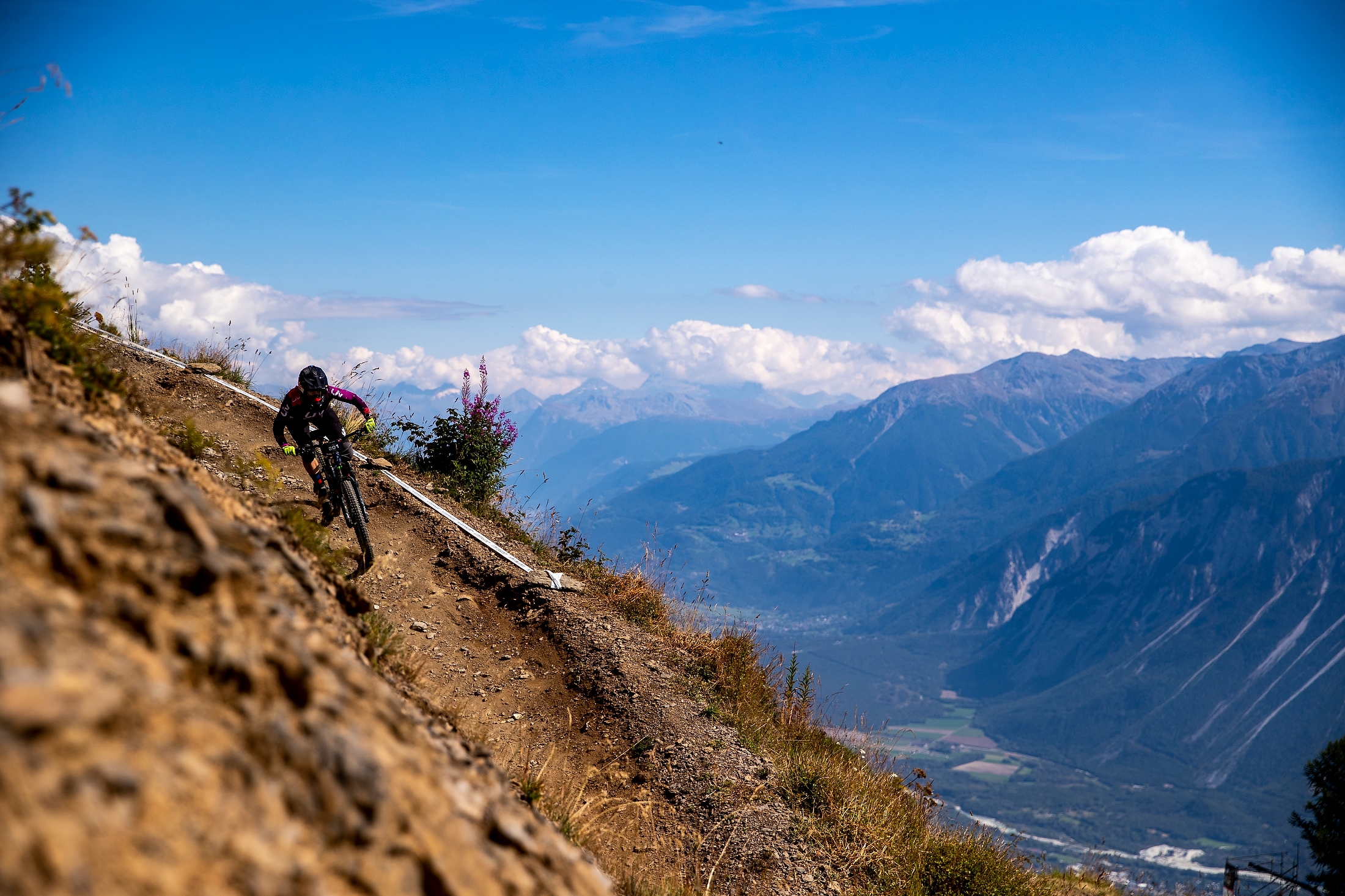 Who is there as your support crew, can you tell us how a typical lead-up race would go for yourself?

I was travelling with my NZ teammate, Rae Morrison and her husband/mechanic, Jesse. It is really valuable having someone like Rae to travel with. She has done a number of full seasons and is a weath of information and experience when it comes to travelling, and she is an amazing riding buddy.

This year saw the introduction of the double header format. Two races within the same week. It all starts on Saturday night, when the race course is announced. That is usually followed up with some heavy YouTube searching for any track videos, to get a rough idea of the type of trails we will be racing.

We would usually arrive at the venue on the Monday, having travelled straight from the previous event.

Tuesday would involve getting Covid accreditation to be able to participate in the race, and then heading to registration to collect race plate and such other goodies. The pro teams get the opportunity to participate in Shakedown. This involves riding laps of a designated trail to get familiar with the terrain and it also allows for the photographers to get some amazing photos outside of the race environment. Wednesday is for training. Thursday is race day. Friday is for rest, recovery, and trail study from the GoPro. Saturday is more training and the start of the second race, with the Pro Stage. Sunday is race day again. 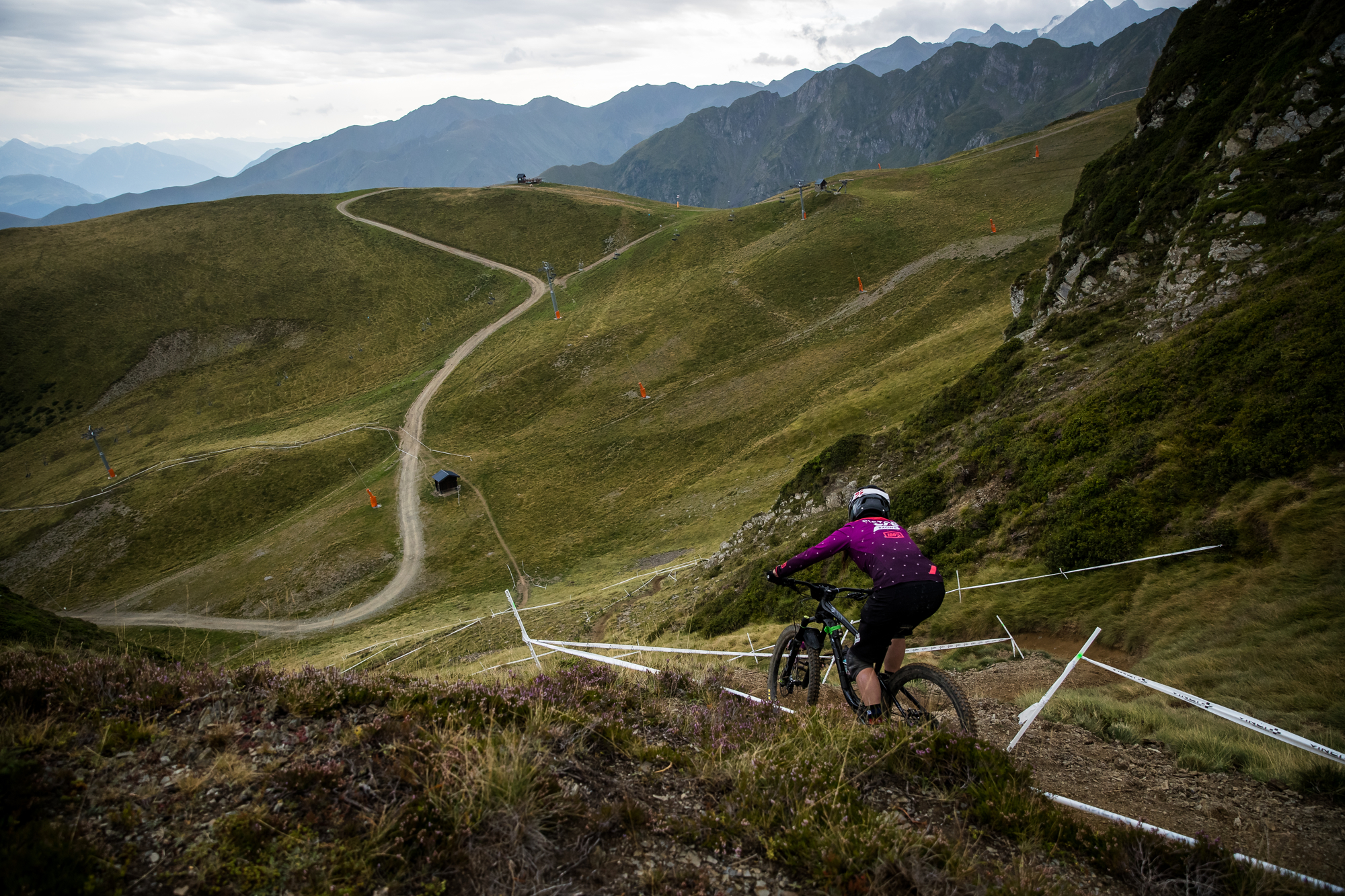 Any plans to come home soon, do you miss being back here in Australia?

I haven’t been home since the last EWS in Derby in early 2019, so I am feeling pretty home sick. Since the pandemic started, I have been waiting for the right time to come home.

I had planned to come back for the start of the 2022 EWS season kicking it off in Tassie, but that has since been cancelled. I’d love to be home for Christmas. I am really missing the family. And it would be really nice to escape the long northern hemisphere winter to enjoy some of the hot Aussie summer. Fingers crossed I can get back soon enough.

Finally what’s the plans for 2022 you now have a title to defend is that the goal again?

I want nothing more than to be out there defending my title again next year. 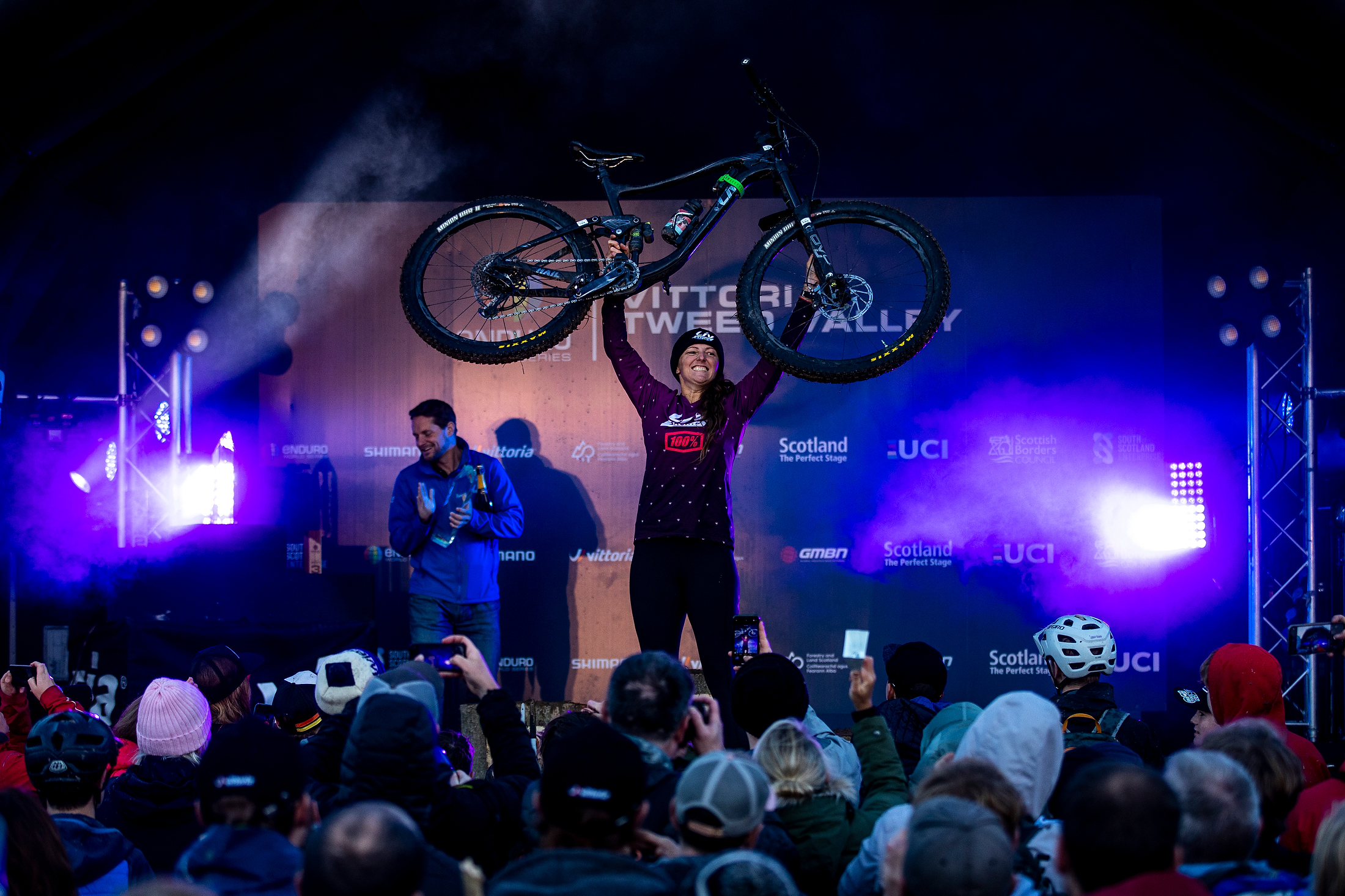