Maeve Plouffe (SA) has reclaimed the women’s individual pursuit national championship on Day 3 of #TrackNats22, smashing the championship record in the process.

The 22-year-old now adds a second individual pursuit national championship to her trophy cabinet after winning in 2019. 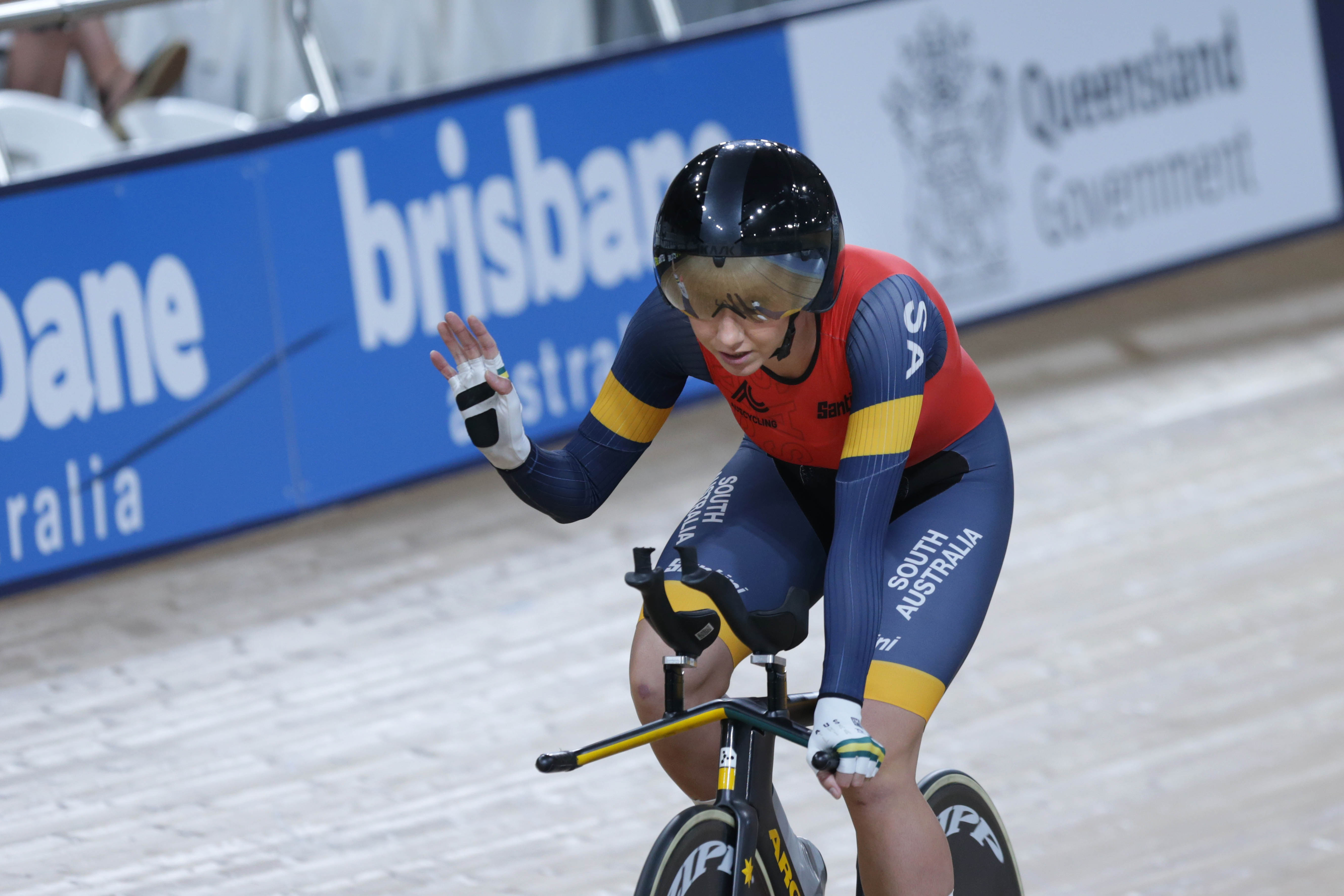 “It was a race against the clock more than competitors for me today, so I was very competitive with myself, and I did want to get a personal-best, I didn’t quite hit that goal, but I think I had a bit of a personal-best in execution as weird as that sounds,” Plouffe said.

“I think my execution and my mental state out there … being calm and controlled which is something I’m trying to work on in a more technical side of my IP … I executed that better than previously.

“I didn’t have the legs today to do the times that I wanted, I really wanted to break that 3:20 mark again and potentially do a low 19 or high 18 but I think that is coming.

“I didn’t have the most incredible prep running into this, I actually had a bit of a concussion after the Madison Nationals, so I had to take a whole week off the bike with no riding at all for seven days, which is obviously not the best situation two or three weeks before a national championships.

“I was just accepting that this is where I am right now and I think I still went out pretty hard.”

The Tokyo Olympian became just the third woman in history to break the 3 minutes and 20 seconds barrier back in February at the 2022 AusCycling Track State Championships – South Australia at Adelaide Super-Drome, setting a new national record of 3:19.994. 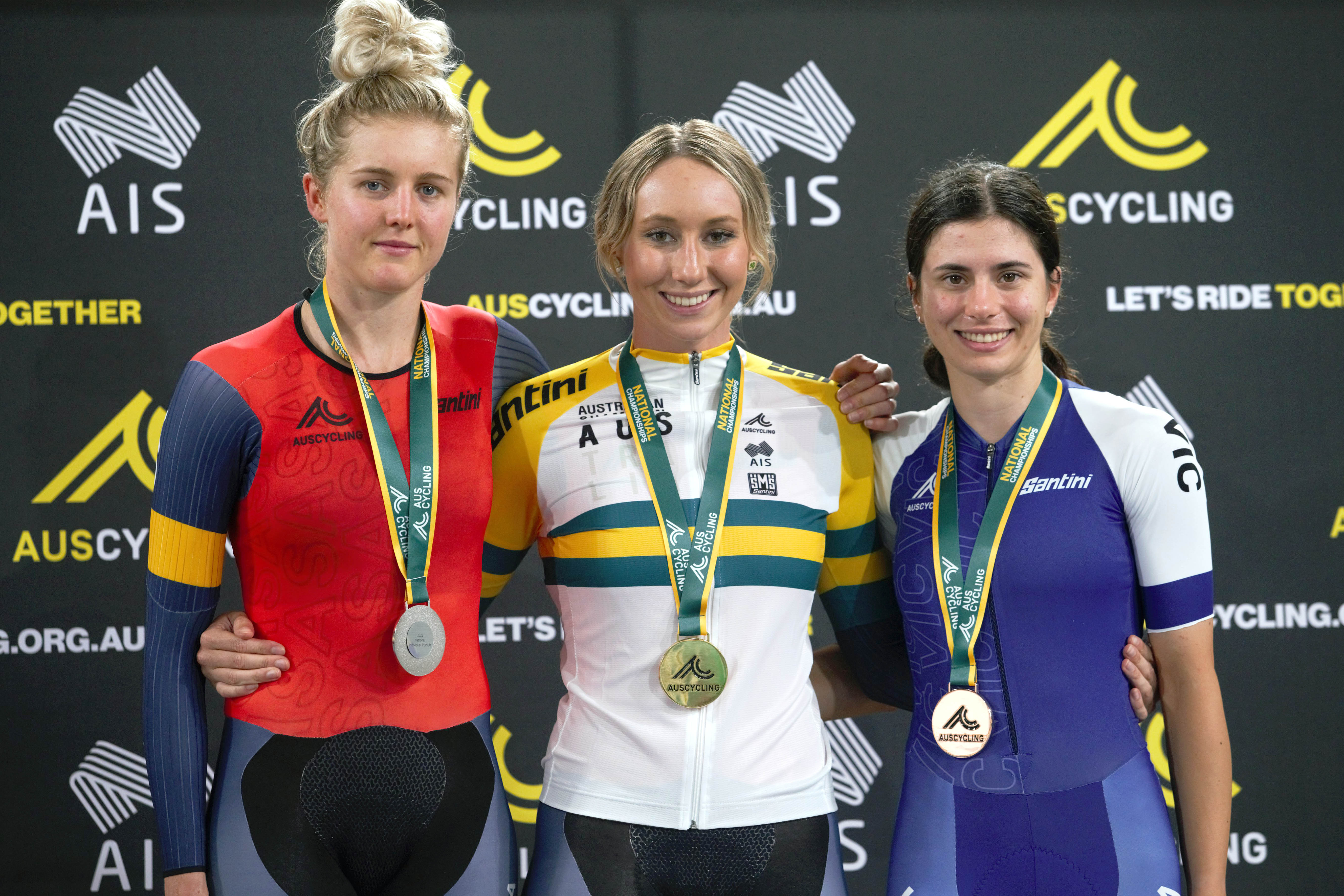 Plouffe had hoped to notch another personal-best mark at #TrackNats22 but had to settle for smashing Amy Cure’s 2017 championship record of 3:29.424 with her qualifying ride of 3:21.760.

“It’s quite funny because I said I actually didn’t want to do much individual pursuiting this year, I was kind of like oh I’m going to take a break from that and I’m going to focus on bunch races and then it’s drawn me back in,” Plouffe said.

“It’s so tempting to keep ticking off times especially when you do big personal-bests.

“I can just kind of smell that world record but there is a big build before Commonwealth Games and that’s why I didn’t do every single event at Track Nationals as well.

“It’s something I thought was unattainable for many years - I was in Berlin (UCI Track Cycling World Championships) in 2020 when (Chloe) Dygert broke that world record and I watched it and thought no one was ever going to break that again. 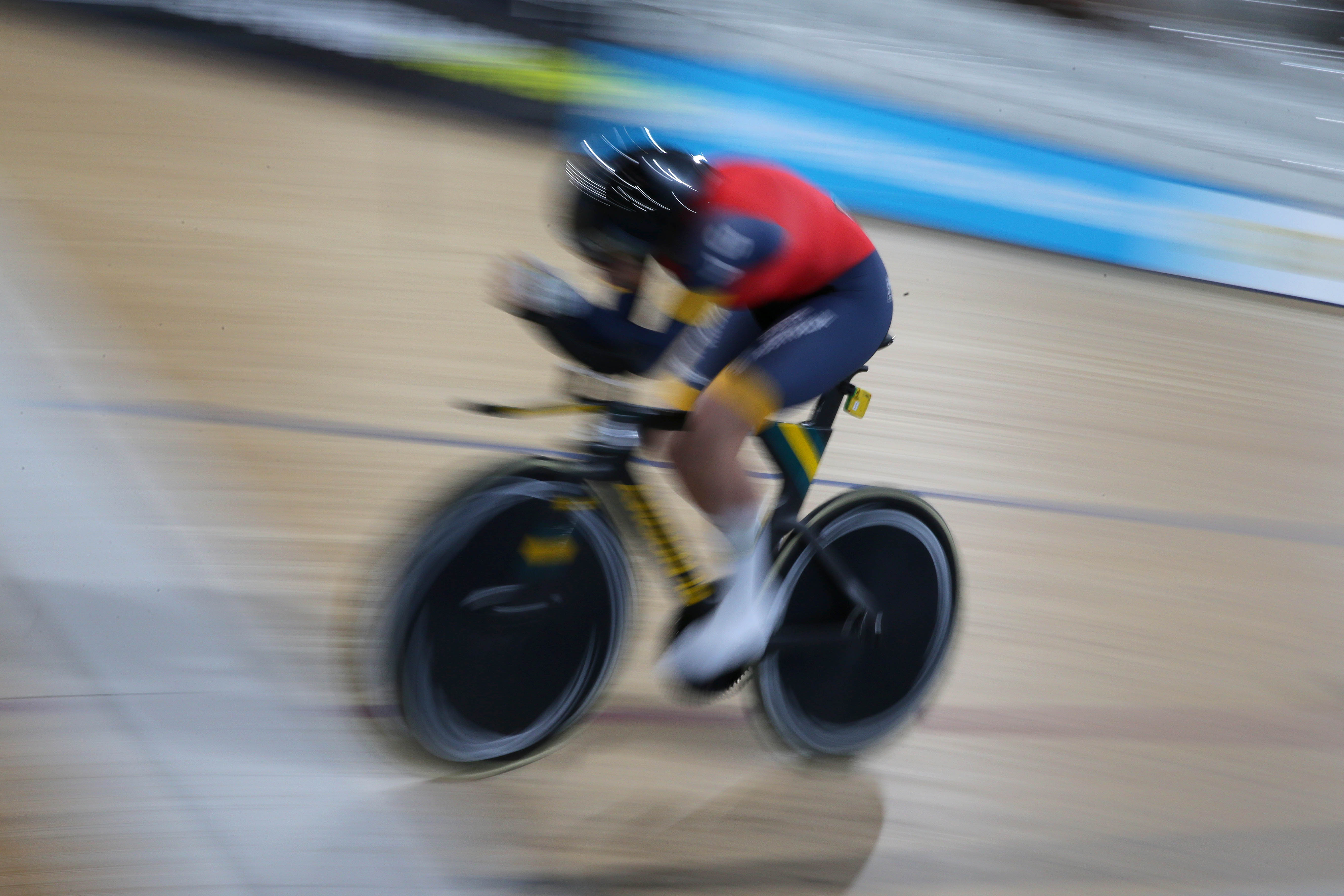 “But then we started doing the calculations and thought hey, we’re not actually that far off of it if you take into account things like the conditions and equipment that I was on, which all could be improved a lot so it is definitely still there in the back of my mind, but I think training for the other events that I want to train for will get me closer to that.”

The trio of Leigh Hoffman, Matthew Glaetzer and James Brister led from start to finish to take gold by the slimmest of margins, with Thomas Cornish (NSW) unable to repeat his #TrackNats21 heroics and flip the script on the final lap, falling 0.2 seconds short of South Australia’s third man Brister. 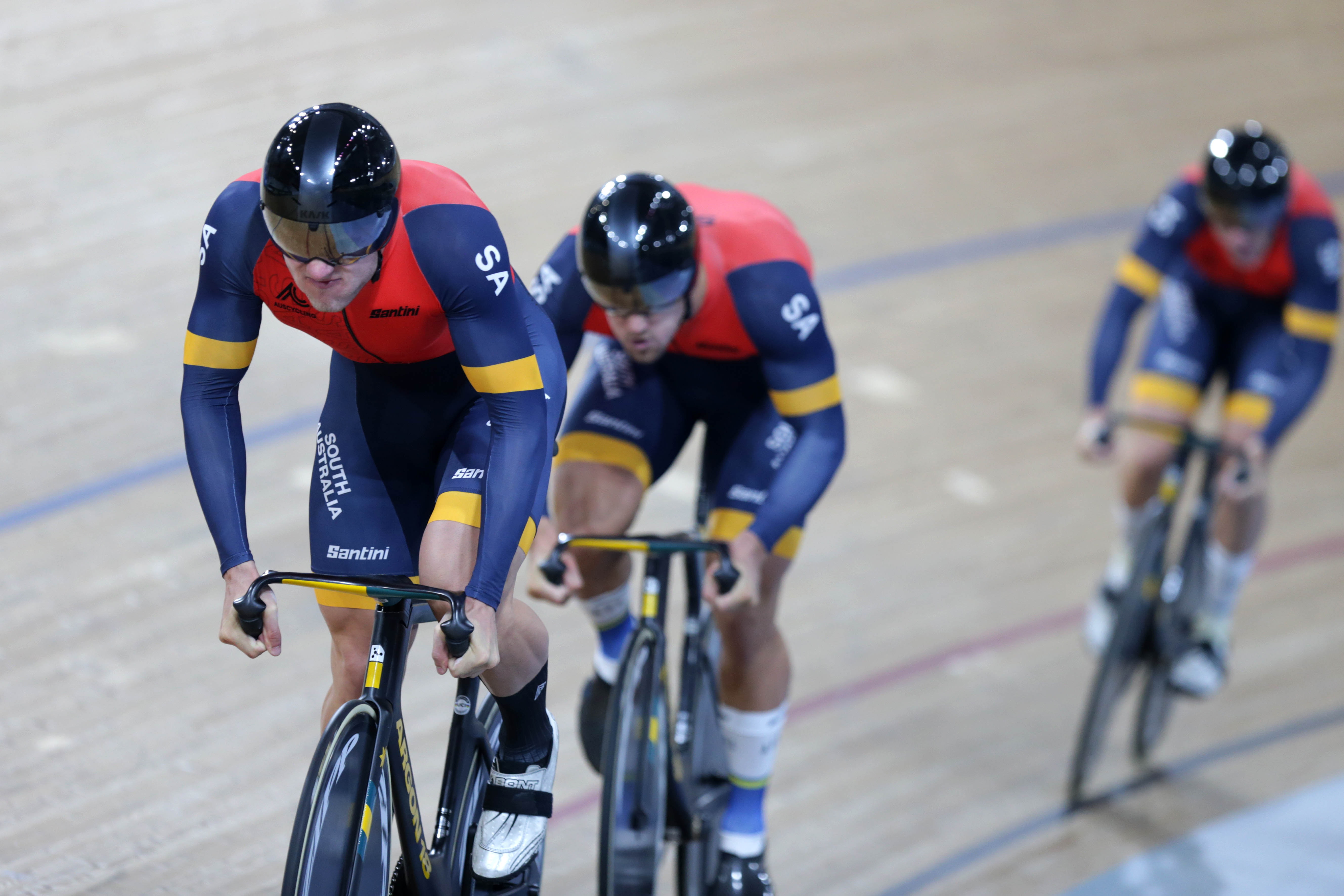 “We rode as a team today; I feel that we can get a bit more out of it individually but as you saw at the end, we sort of crumbled a bit, so we wanted to slow me down as much as possible to get the delivery man James up there, but it was a good ride,” Hoffman said.

“It was entertaining to say the least, he (Brister) only just got there but that’s racing.

“I said to Cornish that if he got us again I’d be spewing so we’re lucky to bring it home.

“I’m now keen for what is to come at Oceania Championships against New Zealand this coming weekend.” 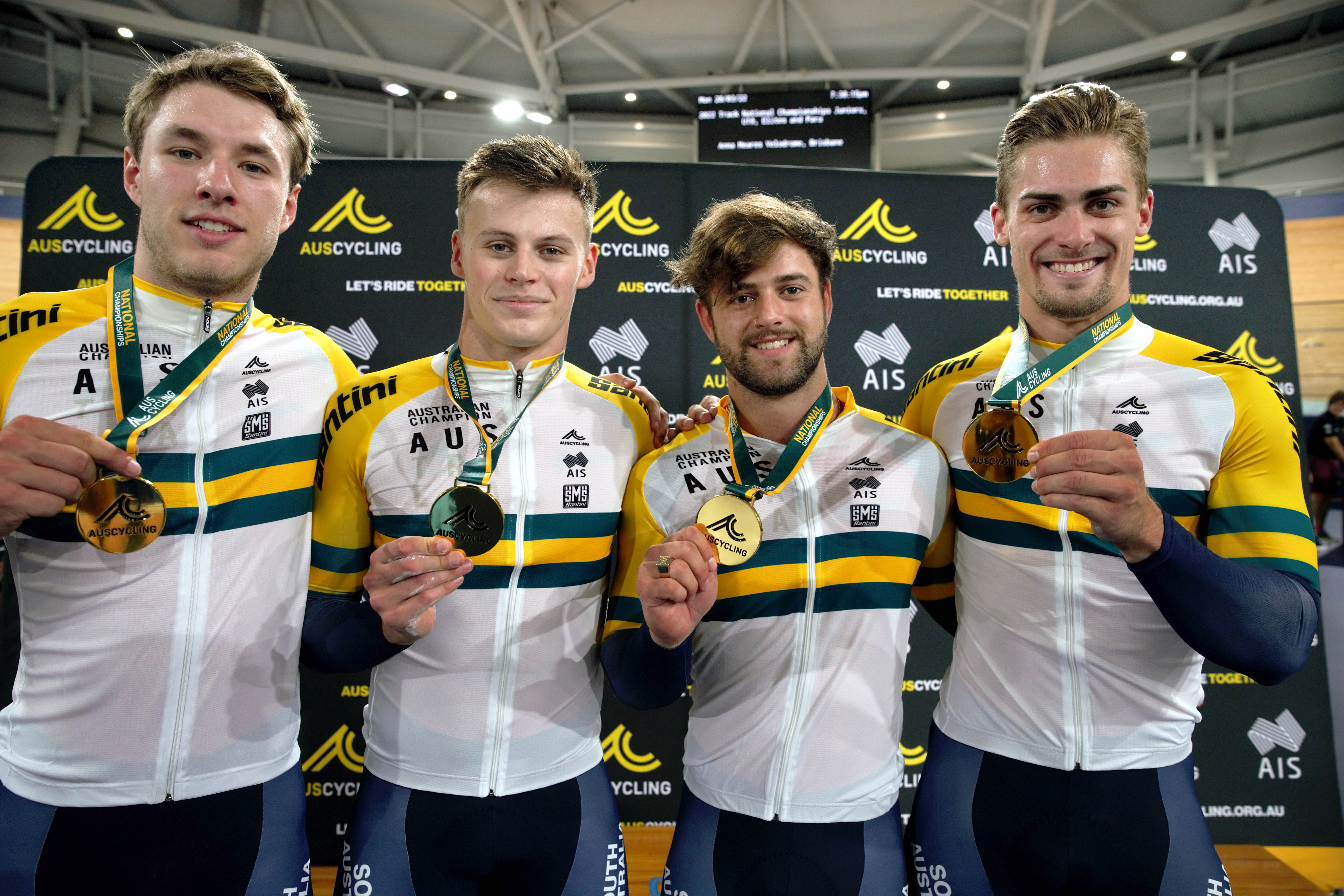 Carlos Carisimo was the fourth member of the team on the podium after riding in qualifying.

Ryan Elliott lit up Anna Meares Velodrome on a rainy Brisbane Monday, torching the under-19 men’s flying 200m championship record with a time of 10.183 in his path to sprint gold.

The Brisbane teenager was flawless for the rest of the day in his match sprints, looking a class above his rivals in an impressive display of acceleration and top speed.

“I’m super stoked, I’ve been doing this for a really long time and hadn’t won yet and finally got to do it – I'm really proud,” Elliott said. 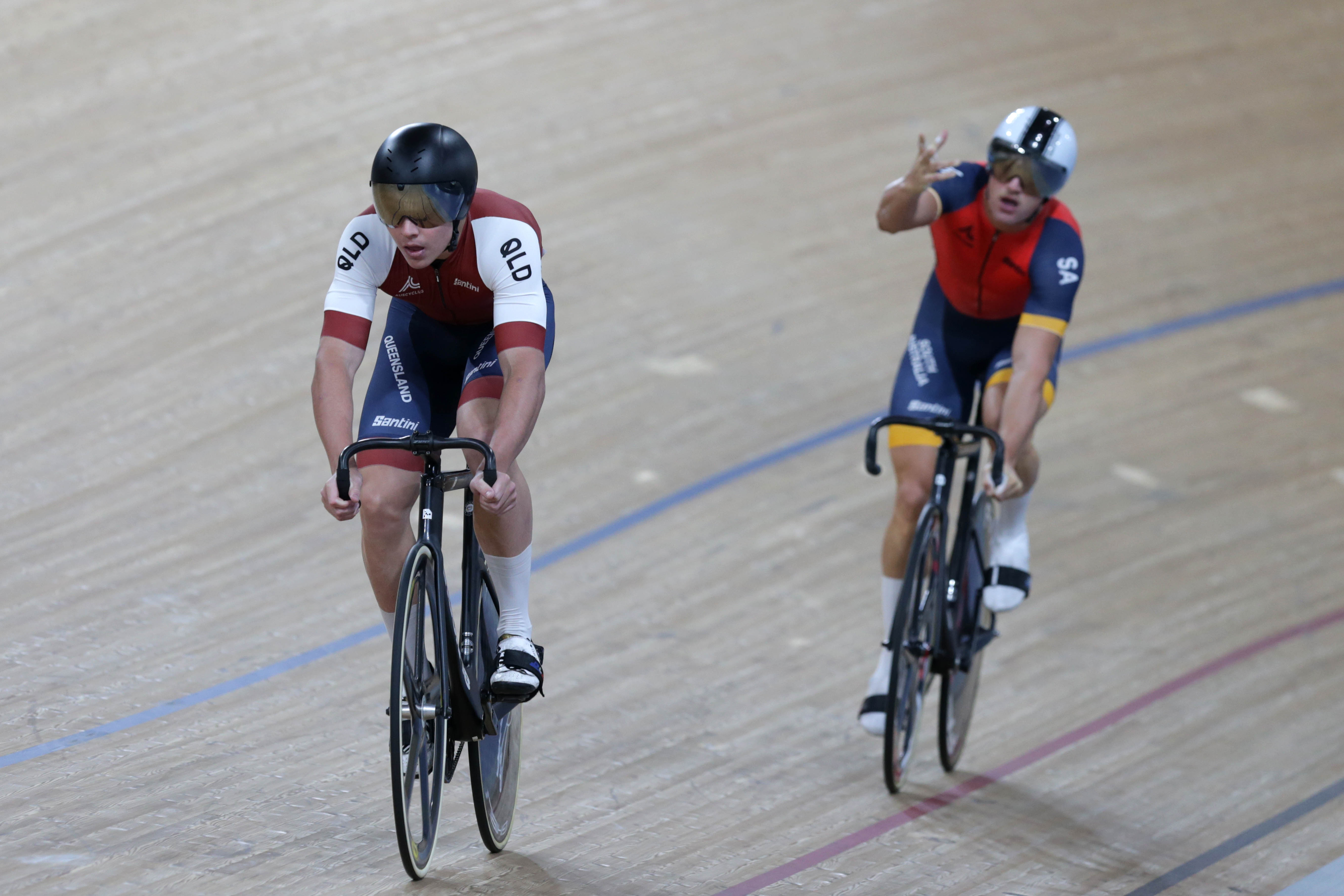 “I didn’t know if I was going to be able to do it today but being able to pull that out was surprising and was really rewarding.

“I’ve got keirin tomorrow and I’ll try the same again … (I want to) try to take as many (national championships) as I can.”

Elliott’s win adds another success story to Queensland’s #TrackNats22 sprinting stocks alongside the dominant Kristina Clonan, with under-19 women sprinter Emma Stevens winning the keirin national championship on Sunday night, and Byron Davies surprising many to finish fourth in the elite men’s sprint after qualifying third.

Elliott said the addition of New Zealand coach Jon Andrews to the Queensland AusCycling and Queensland Academy of Sport program had been a big help.

“I think having Jon in there has given all the riders in the program a lot more confidence and stability in training,” Elliott said. 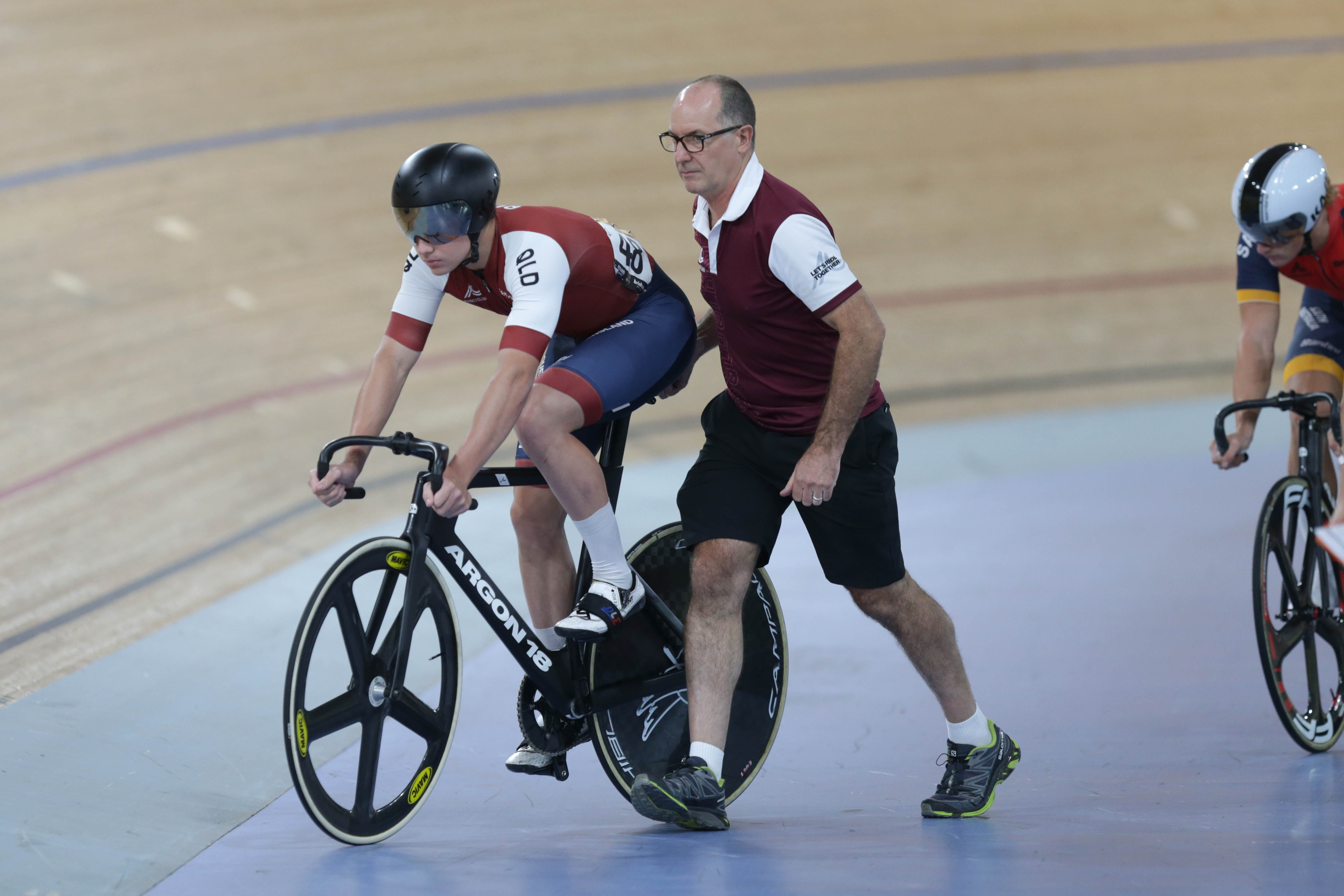