AusCycling | Trails For Everyone In The Yarra Ranges
MTBRecreationalSocial

Trails For Everyone In The Yarra Ranges

With a motto of “Trails for Everyone” there’s no surprise Yarra Ranges Council went full gas into ensuring adaptive trails were part of the Warburton Mountain Bike Destination, with Lillydale Lakes currently one of the areas accessible.

“We really believe in getting people outside and getting people active and to do that we need to provide avenues for everybody to get out on trails. That involves having single track mtb trails and wider trails for adaptive mtb, said Trudi Smith Yarra Ranges Council Project Support Officer for the Warburton Mountain Bike Destination.

For someone like James Wood, who has been in a wheelchair for 30 years after a workplace accident, the trails have allowed him to again be actively part of the community,

“The fact the council have designed or incorporated some of the areas in these places to be suitable not just for my bike but for friends who ride two-wheel bikes means we can all ride the same trail. It’s made so much difference to people like me,” he said.

James not only is a trail user but also assisted in the design of the Lilydale Lakes trails as part of councils Paths and Trails Working Group and Disability Advisory Committee (DAC).

His voice and his equipment allowed the trail builders to get a feel for what James and other adaptive bike users would encounter. 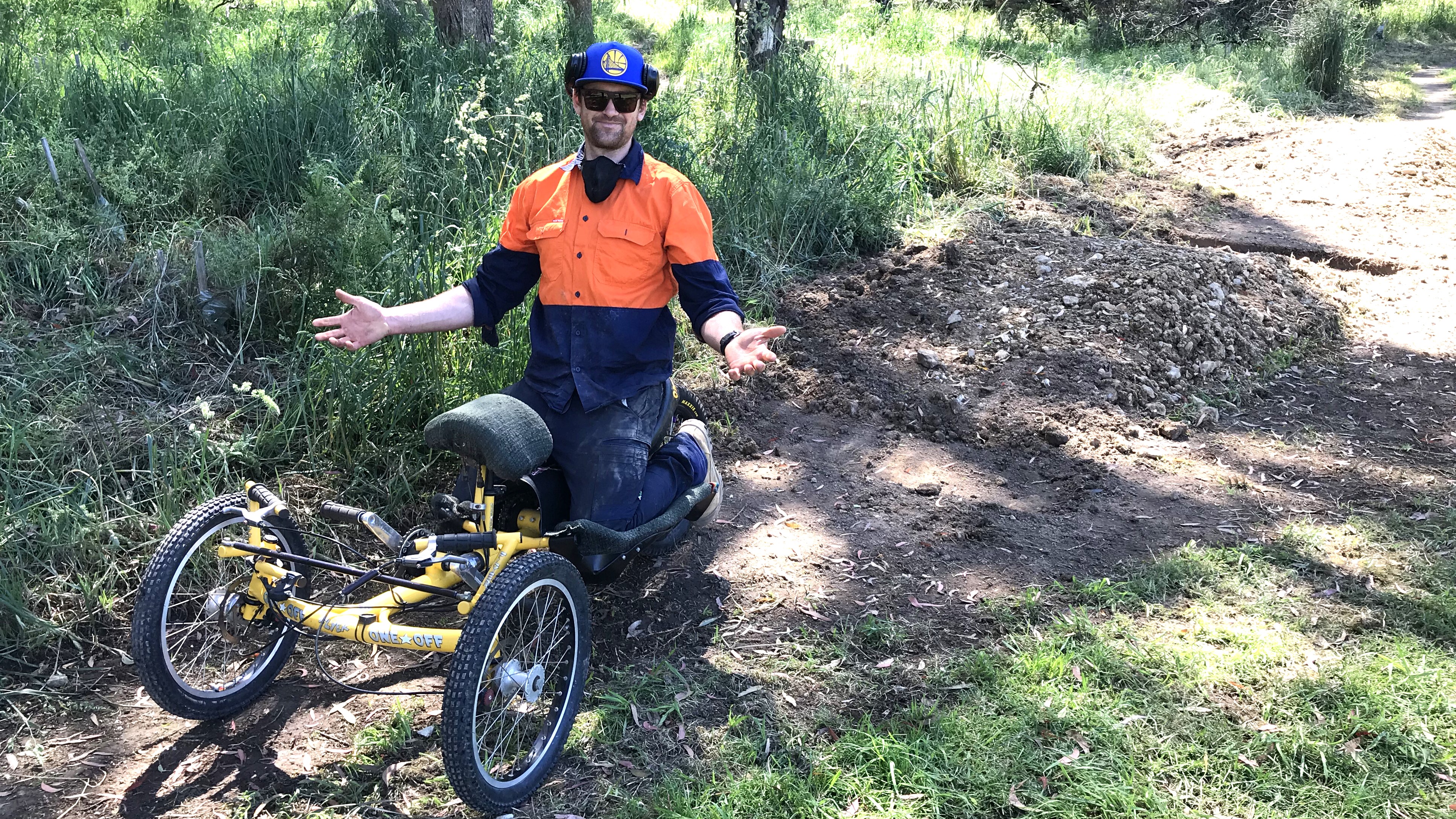 “So to have James’s other bike for the trail builders to ride so they can actually build and develop the trail to the right specification and then ride it and feel what it feels like to actually be down in a different position to what they are accustomed to was fantastic,” Smith commented.

“They’re not just basic trails some of these trails have got some pretty good berms some obstacles, the trail building team have done a really good job of making it challenging and fun to ride,” said Woods who regularly goes out with his daughter.

“The word we keep using is inclusive and I think people need to realise that any community has a vast variety of different people, and we all enjoy doing different things and I don’t think anyone should be excluded from doing something they want to try or give a go.

“We are really lucky in the Yarra Ranges to have a council that is supportive of people that have disability and giving them the opportunity to try things that in the past they have not being able to do.”

With the success of the Lillydale trails council are already in talks to expand the network,

“Looking right across the shire actually out around Healsville, Yarra Glen, Lysterfield and other places,” Smith said.

“We are looking at an eastern suburbs mountain bike strategy so we can encompass adaptive trails into our network whether that’s for walking or for mtb destinations.”

Smith said Council staff are also learning first-hand how important it is to provide facilities for those with disabilities by spending time in wheelchairs at workshops hosted by James.

The council will also be holding a Trails For Everyone day for those interested in leaning about adaptive bikes later in the year.

To find out more head to www.yarraranges.vic.gov.au/Home