Olympic gold medallist and three-time world champion Dean Woods OAM has died following a battle with cancer - he was 55.

AusCycling extends its deepest sympathies to Woods' family and friends.

"Dean was an all-time Australian sportsperson, a legend who stood tall in any space. Dean paved the way for many aspiring athletes and has the respect of a nation. A larrikin at times, a deep thinker, a dreamer and a doer, Dean would take an idea and get the job done," AusCycling Education Coordinator Greg Meyland said.

"It is a sad day for Dean’s family, our sport and the people of Wangaratta.

"Wangaratta was a town united by the successes of Dean and his local riding mates.

"We would all rise another few watts by just having the legend with us.

"Everyone rode the journey with Dean, he liked it that way and his wide smile when swapping turns out on the road is a way he would like us all to remember him by."

Woods burst onto the international scene as a teenager and junior individual pursuit world champion in 1983 and 1984.

Still only 18, Woods was selected in the 1984 Los Angeles Olympic Games team, where he finished 0.05 seconds away from a bronze medal in the individual pursuit.

In the team pursuit, the Australian quartet of Woods, Kevin Nichols, Michael Grenda, and Michael Turtur, was third fastest in the qualifying round, before defeating top qualifier Italy in the semi-final.

In the final, Australia defeated the United States by 3.86 seconds to win gold. 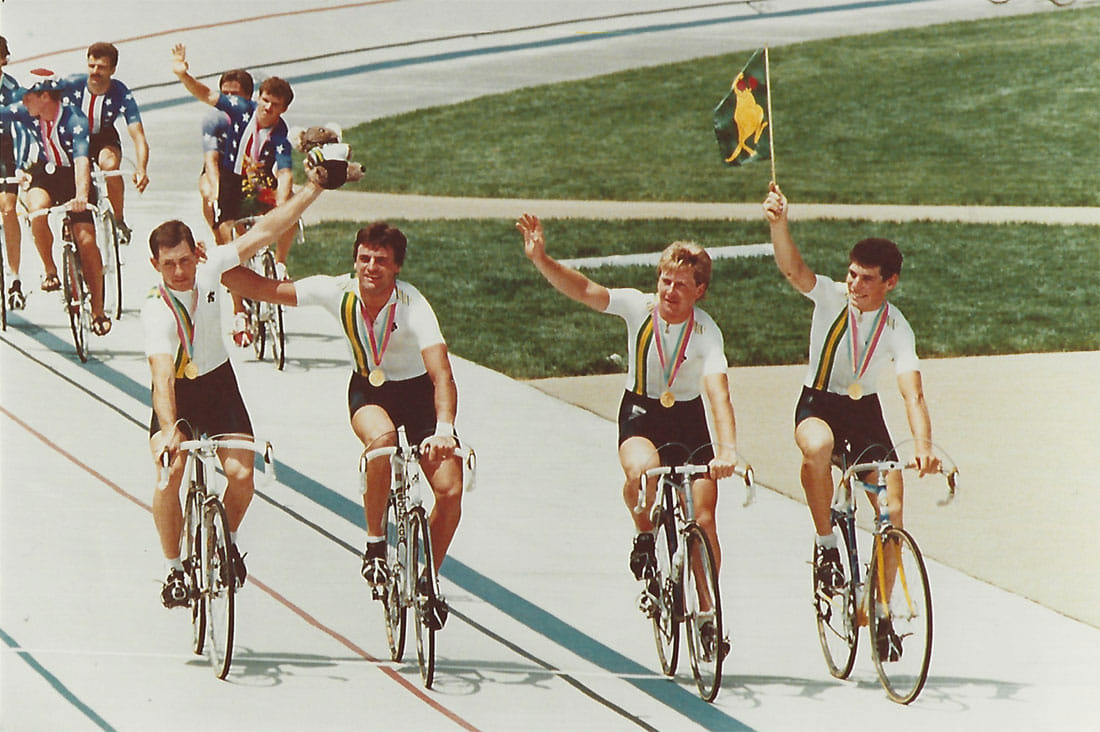 In 1985, Woods was awarded the Medal of the Order of Australia (OAM) for his services to cycling.

Woods won two gold medals at the 1986 Edinburgh Commonwealth Games, one in the individual pursuit and the other in the team pursuit.

The Wangaratta product also won silver in the scratch race and then bronze in the points race to take his tally to four medals.

With a growing palmarès in his locker, Woods turned professional in 1989 and raced for Team Stuttgart in Germany after riding for French amateur team ASCM Toulon in 1986 and 1987.

Woods finished second in both Belgian one-day race Grand Prix des Ardennes and in the individual pursuit at the UCI Track Cycling World Championships in Lyon that season.

In 1990, Woods notched two important domestic wins, taking out the Melbourne Cup on Wheels, and the Melbourne to Warrnambool Classic in a time of 5 hours, 12 minutes for 266km. 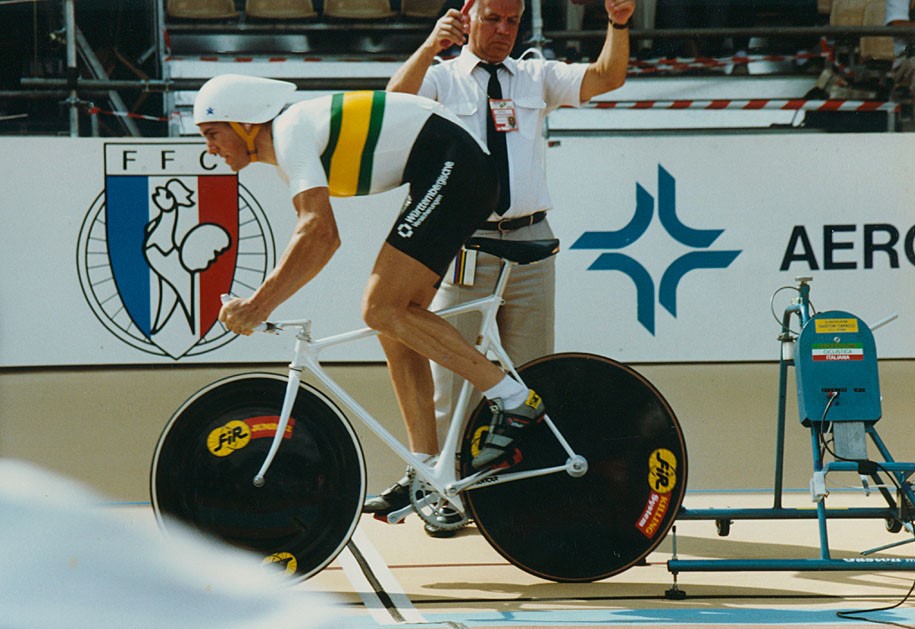 That time still stands today as the fastest recorded for the world’s second-oldest one-day race.

Later that year, Woods made his grand tour debut at the 1990 Vuelta a España, a race he would return to in 1991.

Back in the velodrome at the 1994 Commonwealth Games in Victoria BC, Canada, Woods added the third and final gold medal of his Commonwealth Games career in the team pursuit in a team comprised of Brett Aitken, Bradley McGee, Stuart O’Grady, and Tim O’Shannessey.

Woods also won bronze in the point race in what was an Australian sweep of the podium.

Approaching the twilight years of his career, Woods proved his unquestionable talent for pursuiting when he won the national individual pursuit championship, breaking the national record.

In 1995, Woods won the final rainbow jersey of his career as part of Australia’s winning team pursuit squad at the UCI Track Cycling World Championships in Bogotá, Colombia.

A year later at the 1996 Atlanta Olympics, Woods won bronze in the team pursuit with McGee, O’Grady, and O’Shannessey.

Woods retired at the age of 30.

"A man that many of us had the opportunity to race with, or against, and more importantly shared our love of cycling," he said.

"There will be many people expressing their experiences with Dean, a champion cyclist that rose to many challenges, on and off the bike.

"There is collective mourning that the world cycling community are experiencing, no words can express this, no doubt what Dean brought to Australian and world cycling will be a part of our lives forever.

"For myself, my thoughts and memories go to witnessing a champion junior that went onto become a champion elite and world racer and more importantly a mate that I will miss chatting to forever."