With riders scattered all over the gruelling Mt Alford circuit served up by Gold Coast Cycling Club, it was Ewart who would chase down eventual overall series and young rider classification winner Rhys Robotham (Oliver's Real Food Racing/Balmoral CC) and Alex Bogna (ARA Pro Racing Sunshine Coast/Mackay CC) with one lap to go in the 131km Men's Elite A road race. 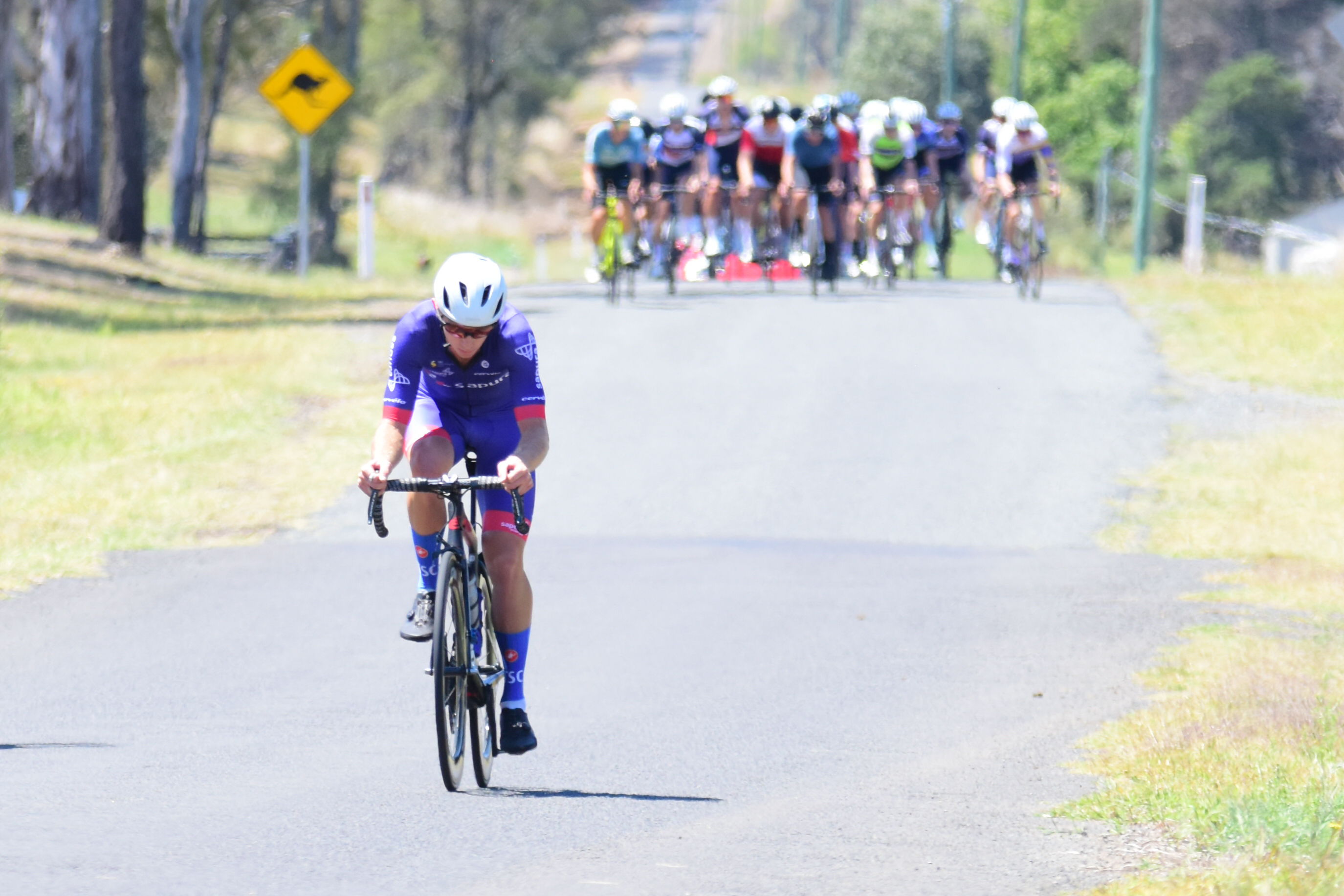 In the Women's A race, it was the familiar faces of Emily Herfoss (Roxsolt Attaquer p/b Liv SRAM/Gold Coast CC) and De Francesco lighting up the energy-sapping 79km of racing. 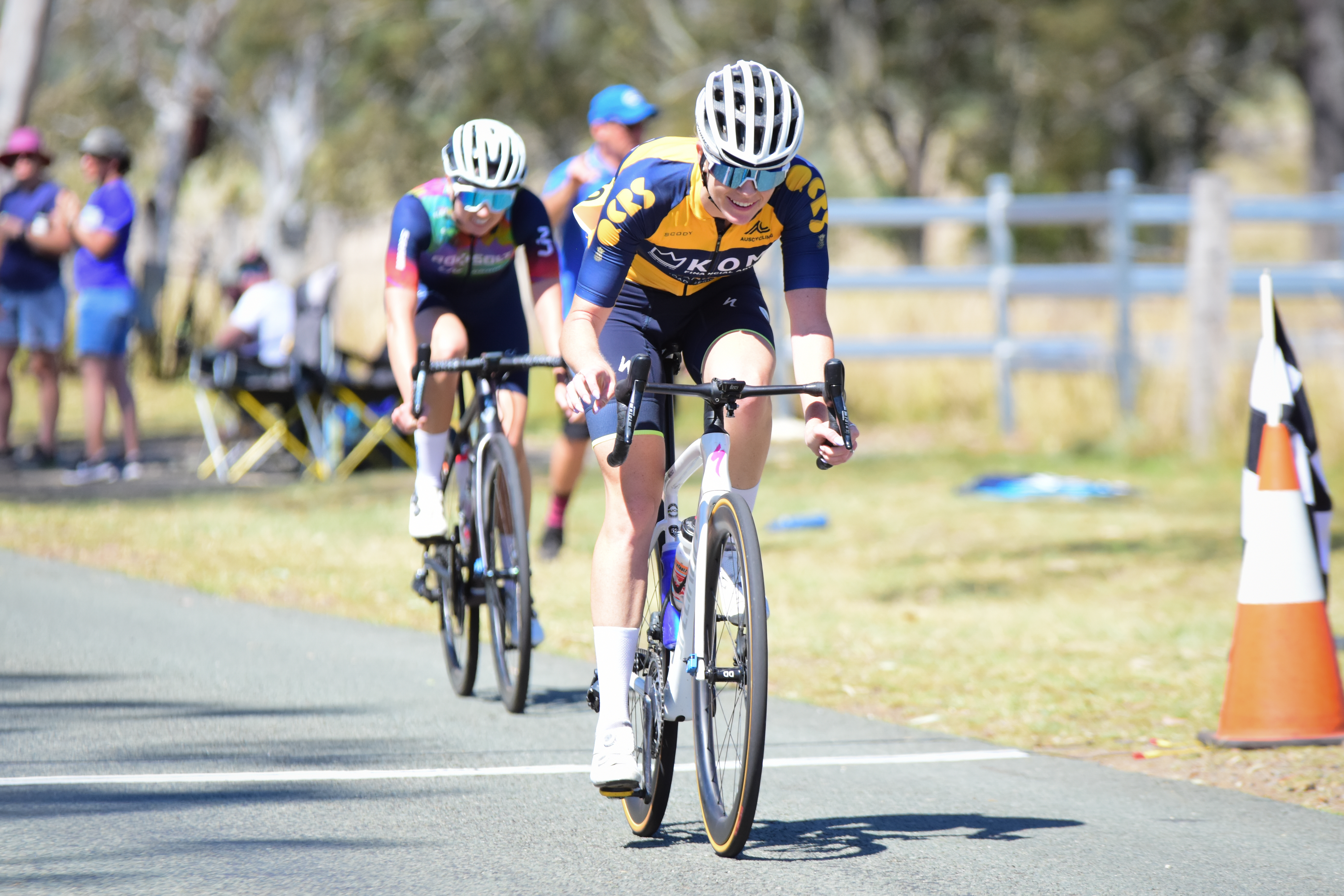 Herfoss and De Francesco established themselves as the leading duo through three laps of the slightly altered 2018 State Road Race Championships course.

As the pair came into view down the final hill, it was Herfoss who rode the front and lead into the final corner before opening up her sprint early. 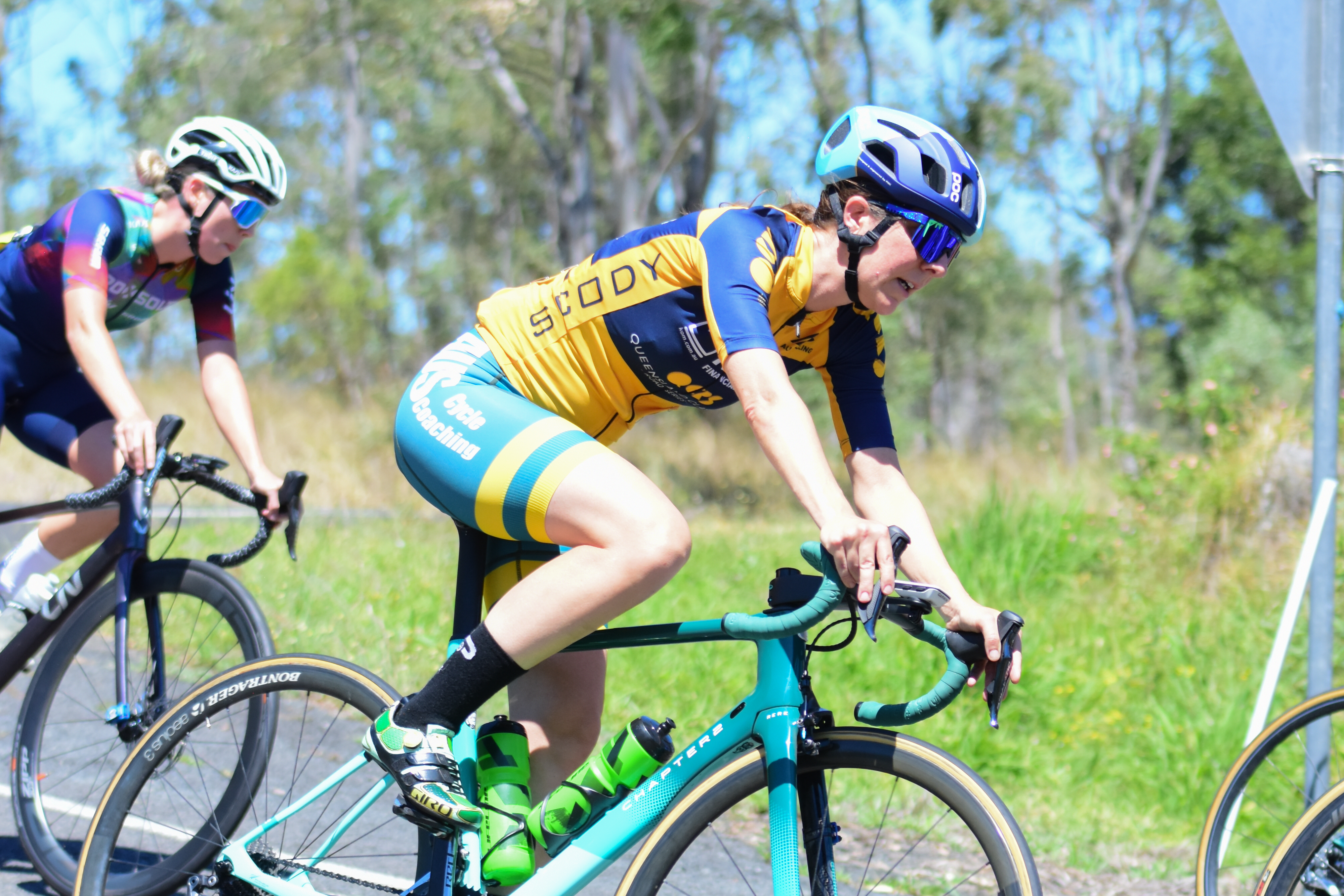 On lap one, a small break of five riders rode clear and spent most of the lap up the road. They were reeled back in shortly before the end of the lap, which gave Kyle Godson (Entrago Racing p/b Aeon Health/University of Queensland CC) cause to try his hand early in the second lap.

On the second ascent up the KOM, the peloton was ripped to shreds by an attacking surge led by Wilson and Andrew Friebe (Harcourts Racing Team/University of Queensland CC) in a successful attempt of bridging to Godson.

At the start of the fourth and final lap, the lead group had been whittled down to the trio of Wilson, Godson and Friebe, with the list of DNFs growing in their wake.

On the last time up the KOM, Wilson and Friebe opened a small gap to Godson, who was forced to ride the last 15km on a slow puncture. 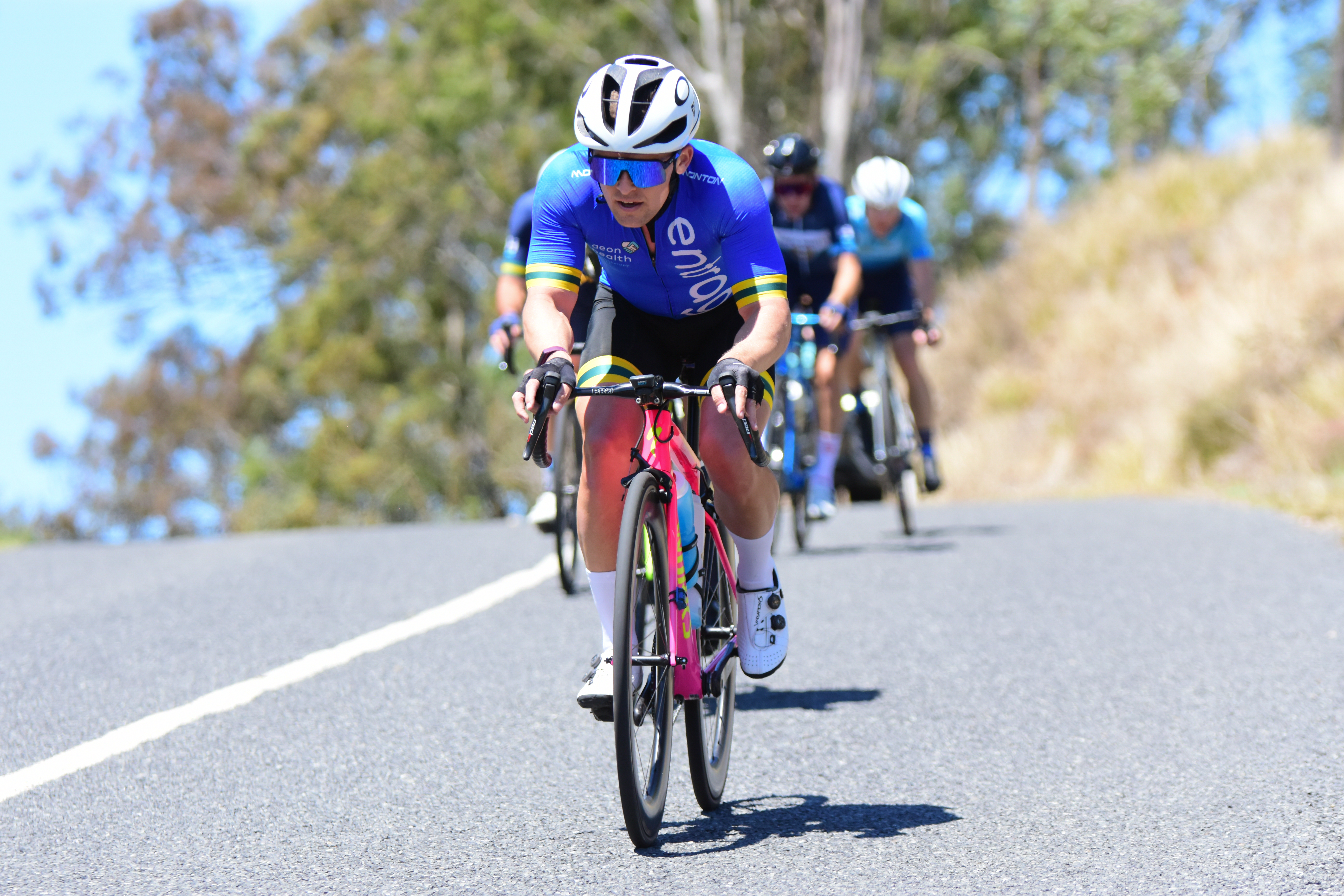 The 2021 KOM Financial Advice QCRS Men's Masters A overall standings mirrored the day's racing, with Wilson claiming the golden pineapple jersey ahead of Friebe and Godson.

Women’s C and D grades saw a group of five of C’s strongest stay away, with Hannah Kelly of the University of Queensland Cycling Club besting clubmate Sarah Bryden and Moreton Bay Cycling Club’s Narelle Coutts to the line in the five-up sprint. Margaret Patterson of the Hamilton Wheelers Cycling Club claimed the win in Women’s D.

The only two races to serve up a bunch finish were Elite Men’s C, and the Master’s C and D, who raced together. In the Elite C race, it was Kurt Hindmarsh of the University of Queensland Cycling Club who claimed the win, beating the Balmoral Cycling Club duo of Michael Cook and Mitchell Stewart in second and third respectively. 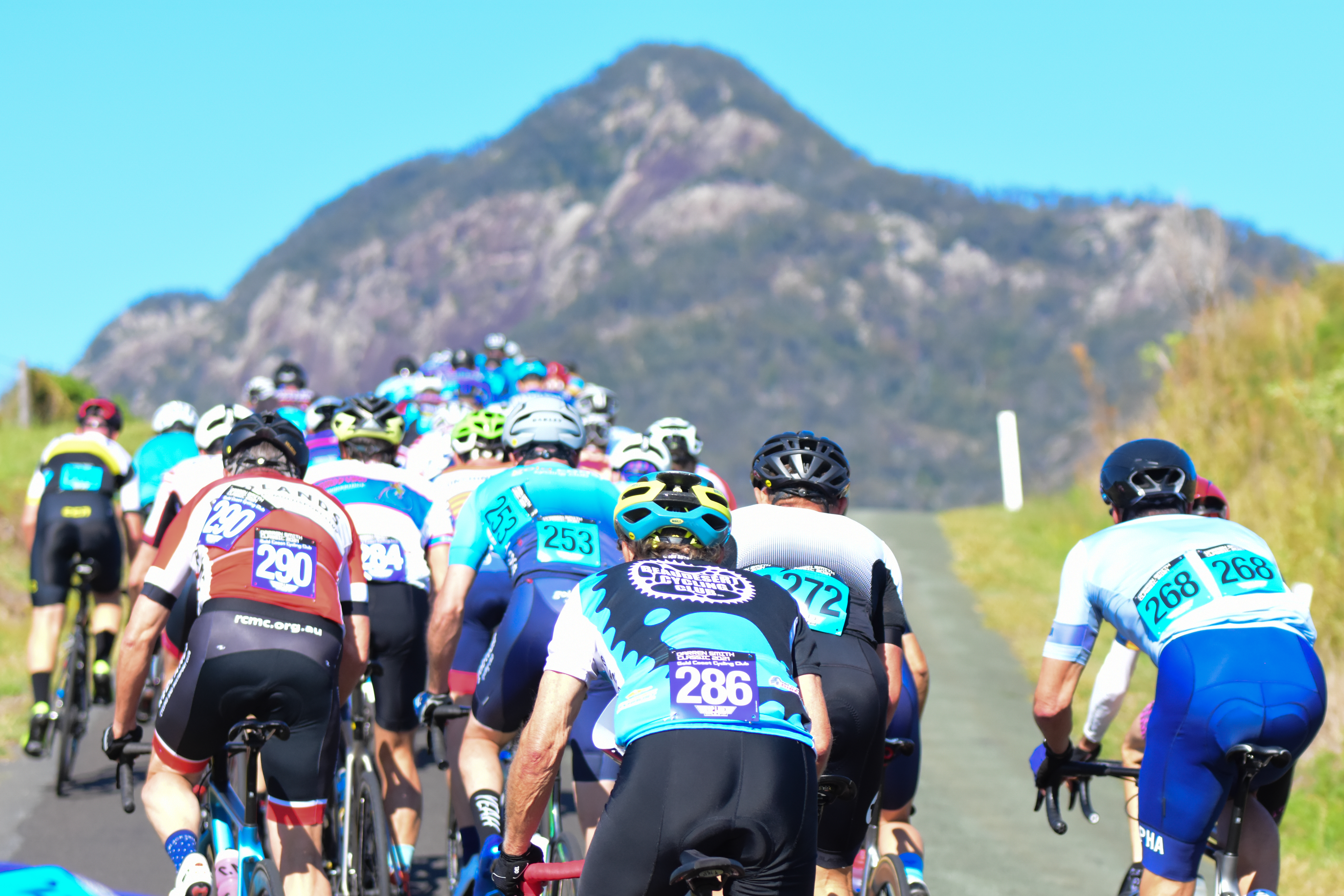 The Masters C crown was claimed by Richard Burton, whose University of Queensland Cycling Club compatriot Pieter van Heerden finished in second, ahead of Paul Hackett of the Brisbane Cycling Club.

Masters D’s fastest finishers had their own bunch sprint for second place after Phil Soegaard of the Gold Coast Cycling Club proved the strongest on the day. 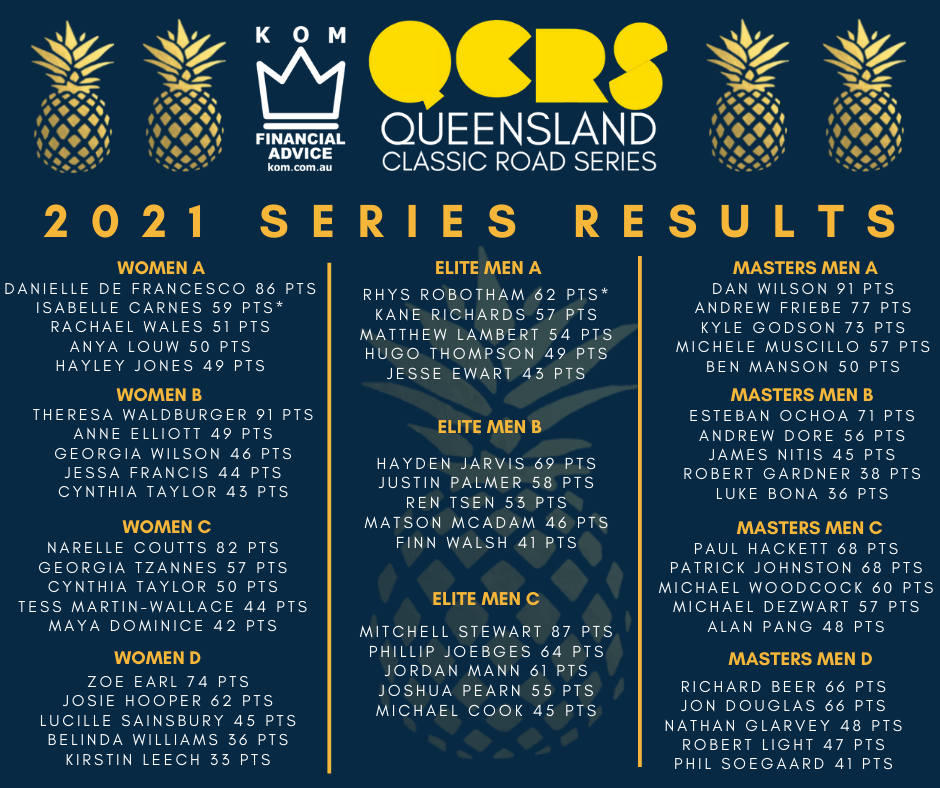