AusCycling | Racing As Number One
MTB

Racing As Number One

Rebecca McConnell (Primaflor Mondraker Genuins) will head into the Albstadt round of the UCI MTB Mercedes Benz World Cup as the top ranked rider in the world.

McConnell will wear the overall leader's jersey for the XCC and XCO in the Elite Women’s race after claiming her first ever Elite World Cup win in the opening round in Brazil a month ago. 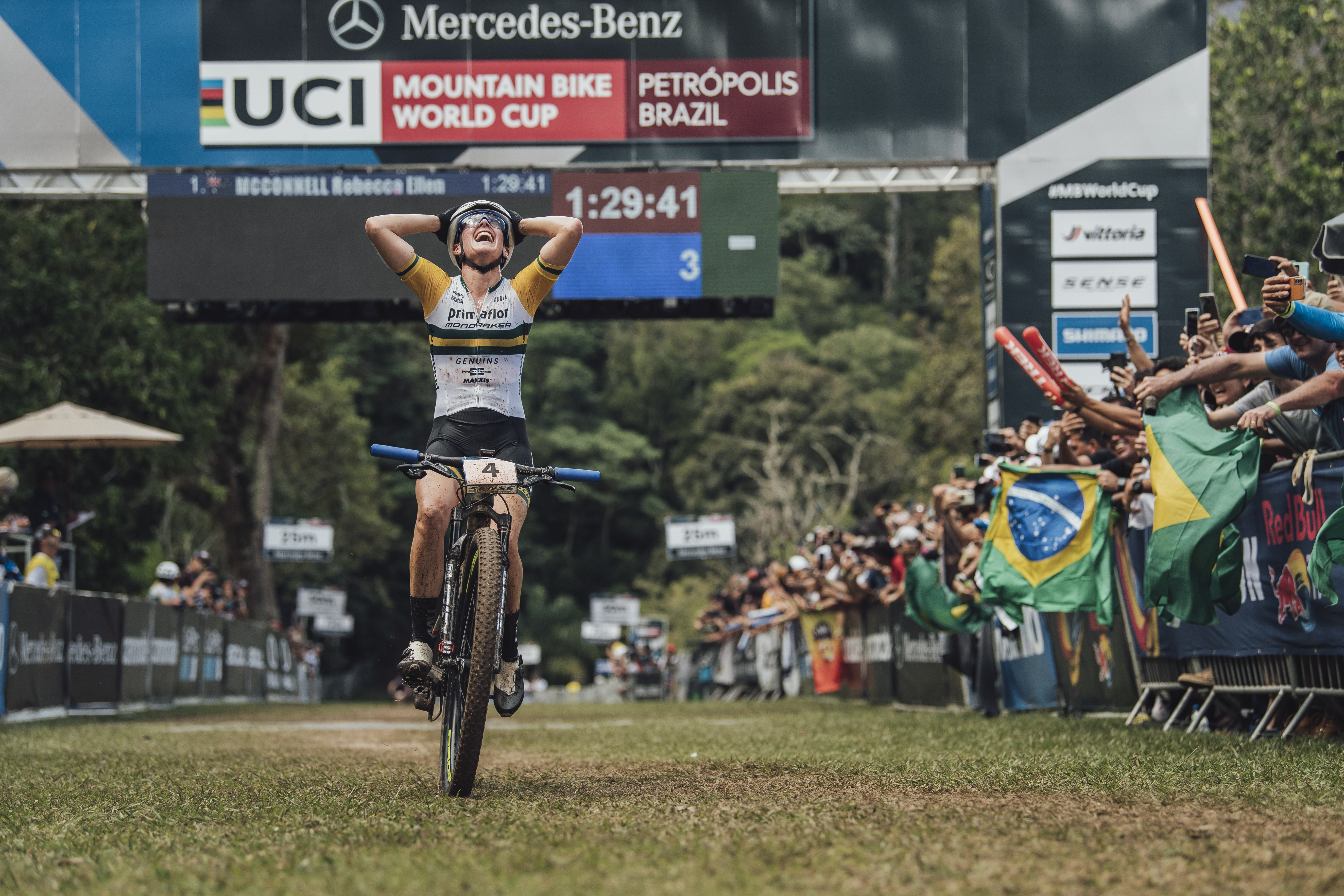 The Australian champion has had two top 10 finishes at the German venue in the past few years but yet to make the podium.

One Aussie who has stood on the top step at the venue is Dan McConnell back in 2013, and he will line up for his first World Cup race after missing the opener in Brazil.

It will also be the first time at a World Cup for the Australian MTB European team, who have already competed in two UCI Junior World Series races.

The race starts on the town streets and then heads up into the neighbouring forest before it rolls back into town again on the start/finish straight. The course has two standout steep and long climbs, and races here are always exciting right up to the last few metres, which often feature nail-biting sprint finishes.

XCC Elite from 1:20am Saturday 7th May