Australia’s women will aim to use their strength in numbers in what’s expected to be an “unpredictable” Elite Women Road Race World Championship in Flanders tonight.

Seven Aussies, including two former medalists, will line up for the 157-kilometre race that starts in the port city of Antwerp and finishes in Leuven.

Although the route misses the more famous roads of the Tour of Flanders, it’s still packed with the punchy climbs and technical, twisting streets one would expect in this part of Belgium.

The course is virtually identical to yesterday’s Under-23 Men’s Road Race. In all, the women will accumulate 1,047 metres of elevation over 20 categorised climbs in one of the longest races on their calendar.

If yesterday’s men’s races were anything to go by (both ended with a solo winner), it’s likely to be an attritional contest where good positioning will be critical. 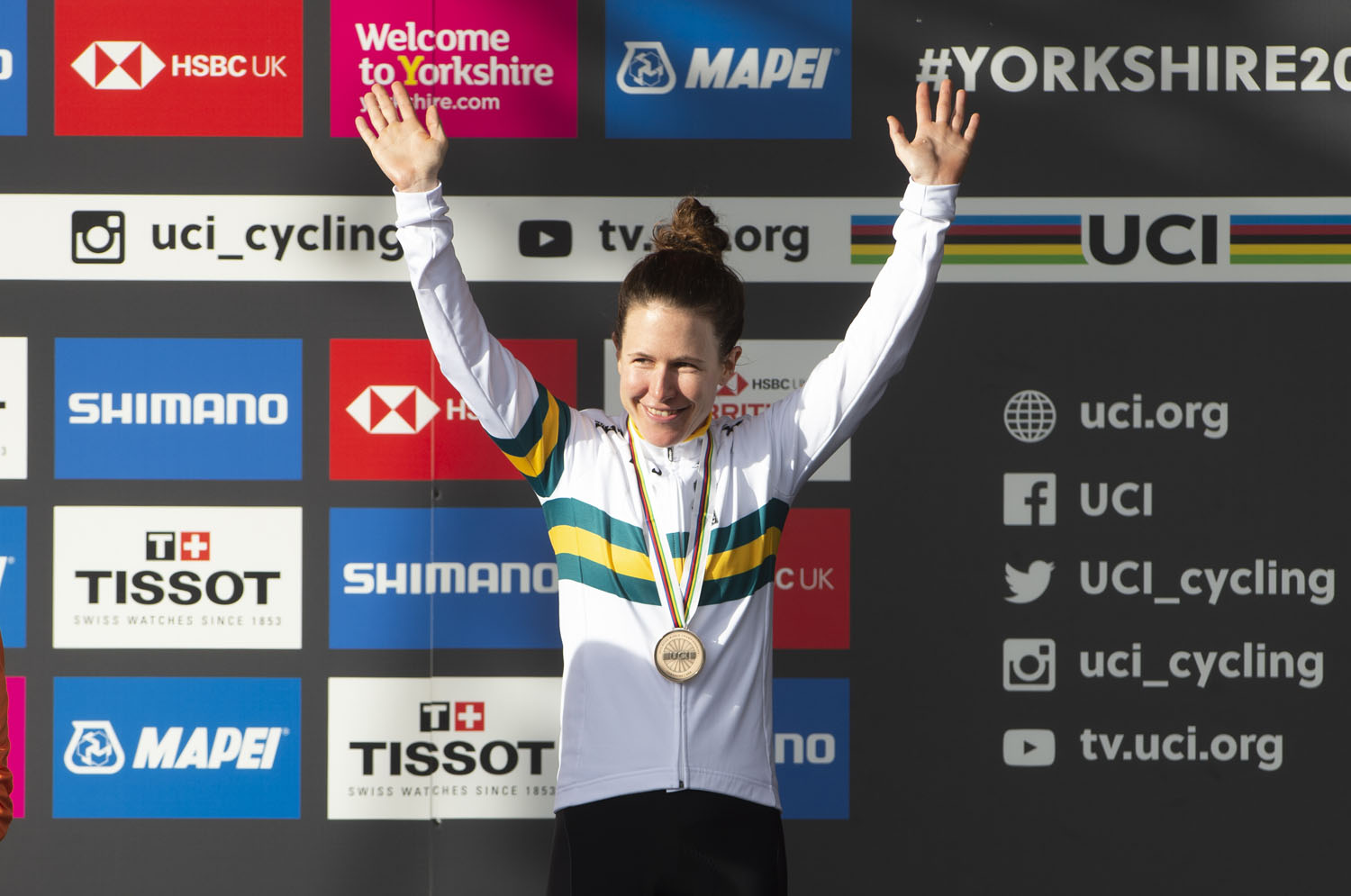 Despite missing classics specialist Grace Brown due to injury, Australia brings a well-rounded squad with multiple cards to play in any scenario.

Amanda Spratt (NSW) is a two-time medalist in this event, having won silver at Innsbruck 2018 and bronze at Yorkshire 2019. This will be her ninth start in a World Championship Road Race at senior level. The Blue Mountains local can climb with the best in the world.

Rachel Neylan (NSW), who recently signed for the new Cofidis women’s team, replaces the injured Brodie Chapman. Like Spratt, the Sydney rider knows what it takes to reach the podium, having won silver in 2012. Neylan comes into these championships with resurgent form after reaching her first UCI podium in two years earlier this month.

Canberra sprinter Choe Hosking (ACT) has enjoyed a brilliant return to racing after contracting COVID-19 earlier this season. After nearly six months away from competition, Hosking has rediscovered her trademark kick, winning sprints at the Tour of Norway and Tour de l’Ardeche. She’ll be Australia’s go-to option in any kind of bunch sprint.

Speaking of recovery, this will be Sarah Roy’s (NSW) first race since breaking her scaphoid at the Simac Ladies Tour. Four weeks of intense rehabilitation and indoor trainer sessions have enabled the Australian champion to line up tonight for her sixth World Championships.

Tiffany Cromwell (SA) brings a wealth of experience, saddling up for an impressive 11th World Championship. As well as bringing astute tactical knowledge and classics racing expertise, Cromwell has been having an excellent season of her own, being Australia’s highest finisher at the Tokyo Games.

On the opposite end of the spectrum, this will be Lauretta Hanson’s (VIC) debut in green and gold at this level. Although often riding in service of Hosking for her Trek-Segafredo trade team, Hanson has a fast finish of her own and took a UCI podium at the Tour de l’Ardeche last month.

Rounding out the team is Jessica Allen (WA) who makes her second World Championships appearance after helping Spratt win a medal in 2019. Allen is a hardworking domestique in the classics and will be a valuable asset for the squad.

While tonight’s race could play out in any number of ways, expect to see the Australians near the front looking for attacking opportunities, while Hosking stays protected in case of a sprint. 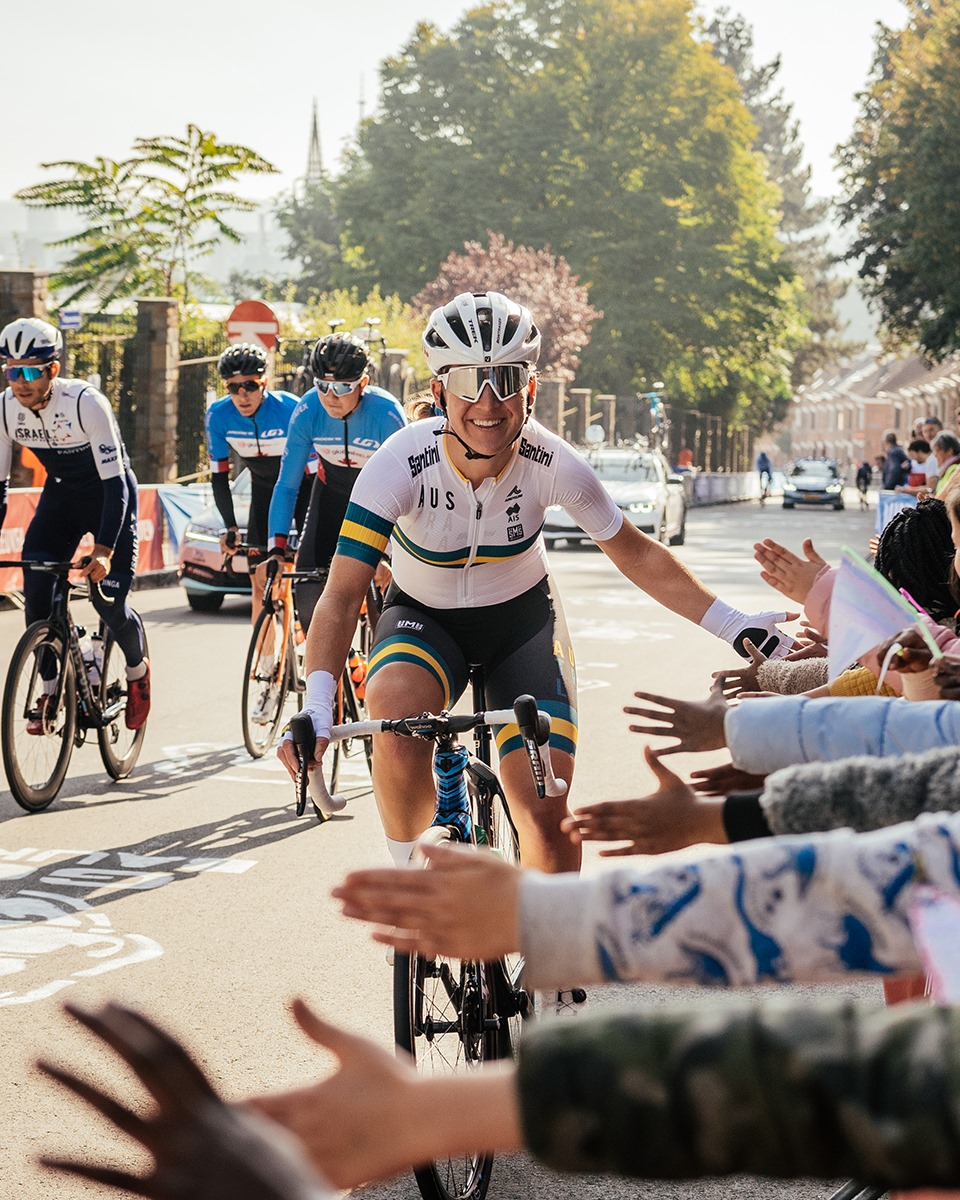 This will be Lauretta Hanson's elite debut at a World Championships. (Photo: Flanders 2021)

Clearly, it’s a very classics-style race. We’ll see the same course being used as we have for the Under-23 Men’s race. We’re obviously looking with great interest at how that’ll play out. It should give us a good indication of what the women’s race might look like.

So far, we’re seeing a lot of importance placed on positioning and always having riders in the front. And that’s precisely our goal. I think we’ve got a great, strong team across the board.

We’ll be focusing on, certainly, positioning in the more critical sectors of the race and utilising our numbers. We also have a very good option in Chloe Hosking if it does come down to a sprint of some sort there, but equally we have riders capable of going into a move late in the race and going to the finish line.

So, I think we have a well-rounded team and options to play, which is very important on a course such as this.

I’m obviously really happy to be at the world championships after what’s been a pretty challenging year.

I wasn’t sure when I’d be back racing, but I got back, got back in shape, and I think that I’m able to line up tomorrow quietly confident in where I’m at, especially considering the course and my abilities.

I think that I can go in with confidence and take the race as it comes, which I really think you have to do on this course because it’s going to be so unpredictable.

You can watch the Elite Women Road Race World Championship live on SBS On Demand from 8:10PM AEST tonight and SBS Viceland from 9:30PM AEST. For more information, visit our all-in-one guide.