AusCycling | ‘This is just the start for us’: Gallagher makes successful tandem return at #TrackNats22
PARA-CYCLINGTRACK

‘This is just the start for us’: Gallagher makes successful tandem return at #TrackNats22

Jessica Gallagher has made a triumphant return to track cycling at the 2022 AusCycling Track National Championships, setting a Commonwealth Games qualifying time during the para-cycling tandem 1000m time trials on Monday.

Piloted by former Australian Cycling Team sprinter Caitlin Ward, Gallagher showed signs of a promising year ahead, with her focal point being the 2022 Birmingham Commonwealth Games.

Gallagher and Ward laid down a time of 1:09.060 to win the women’s tandem 1000m time trial national championship. 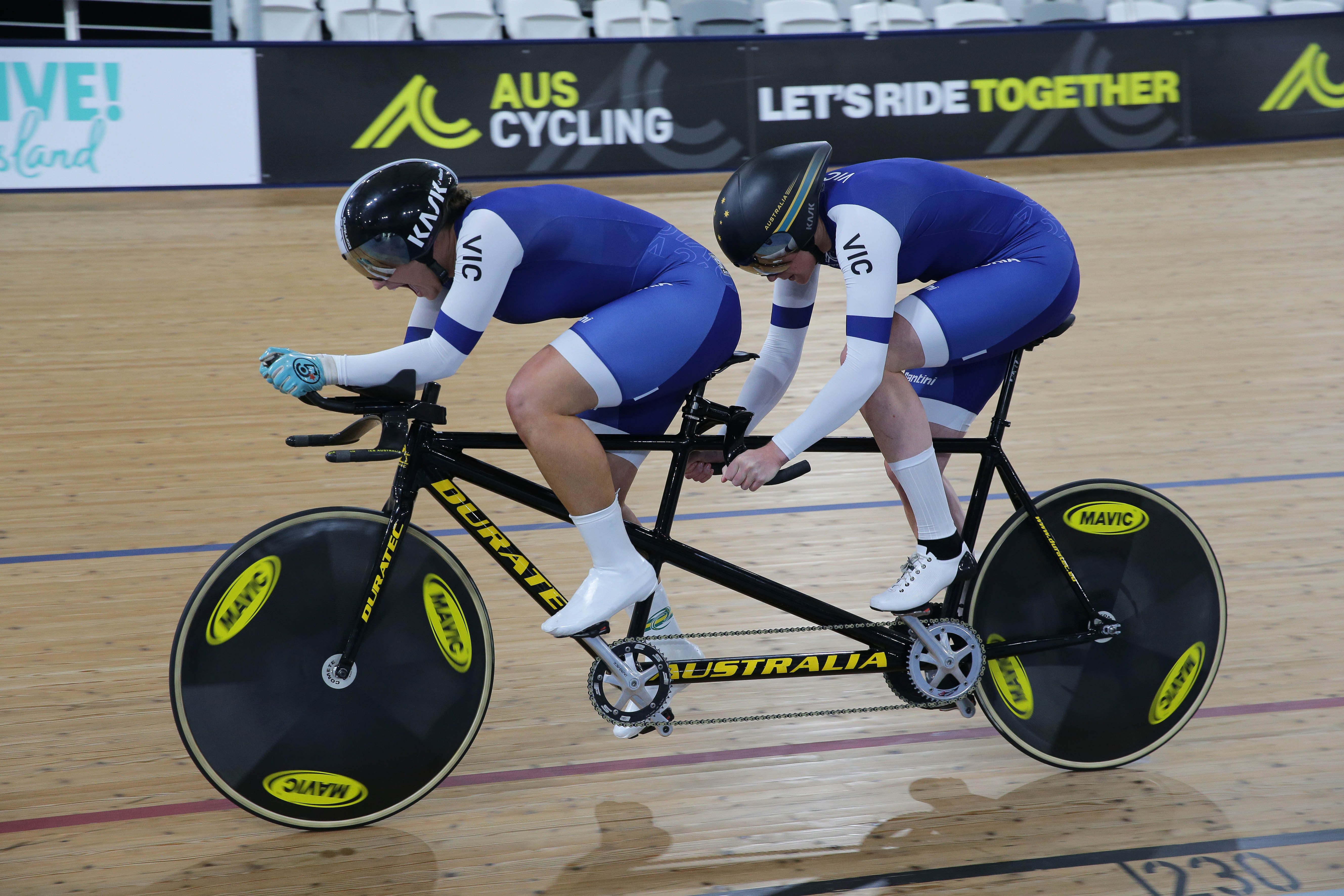 For Gallagher, it was a happy return to the boards after three years away from the sport.

“It was a really exciting opportunity to work with Catie as a pilot and target Commonwealth Games,” Gallagher said.

“So that's what we're here to do and we were able to do the qualifying time today. We're looking forward to what lies ahead for us as we head toward the Commonwealth Games.

“It's the first time we've done a kilo; Catie's first time ever and mine since 2019.

“So we weren't really sure where we were at, we knew where our training was at, but it's still always a bit different when you come out to race.

“So for us, the key was just making sure we keep under the time that was needed to and we were able to do that which was really exciting

“This is just the start for us and it's exciting to see how things are going so, so soon.” 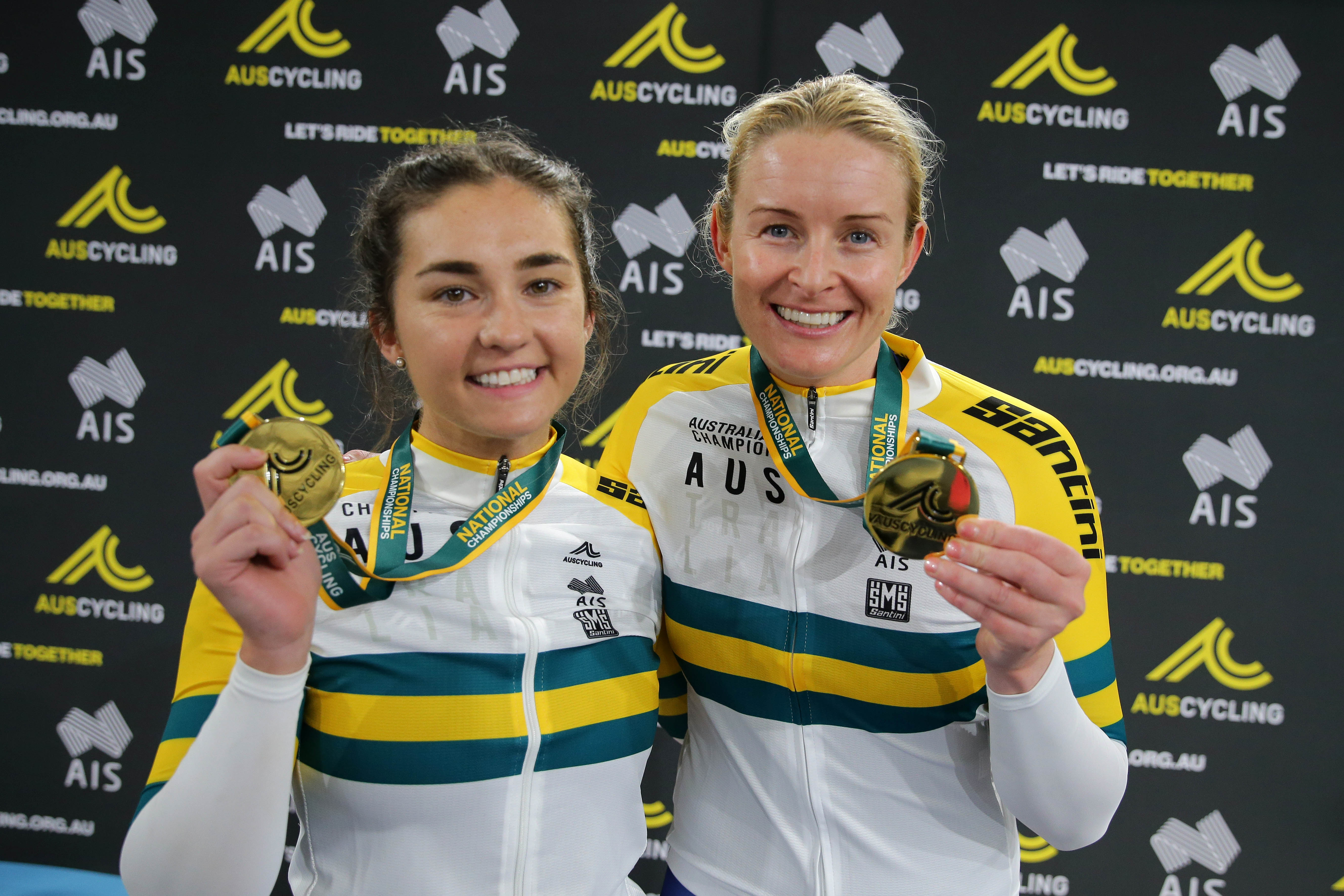 The new tandem pairing had been training together for five weeks leading up to #TrackNats22, with the former world champion and Paralympic Games medallist stating the journey was about working their way through the “small steps”.

“The first key was hitting the times that we needed to get selected and we need to get a bike that fits us properly,” Gallagher said.

“All those sorts of things that are part of a new tandem pairing coming together, and we'll work towards sorting all those little fine-tuning things as we head towards really elite performances.

“In the time we’ve been together, we’ve had two different tandems, we've broken a bunch of stuff on the bike. We've had all these little challenges, but now that we've hit the times we need to it means that we can, you know, have a bike built for us and all those little things can fall into place.” 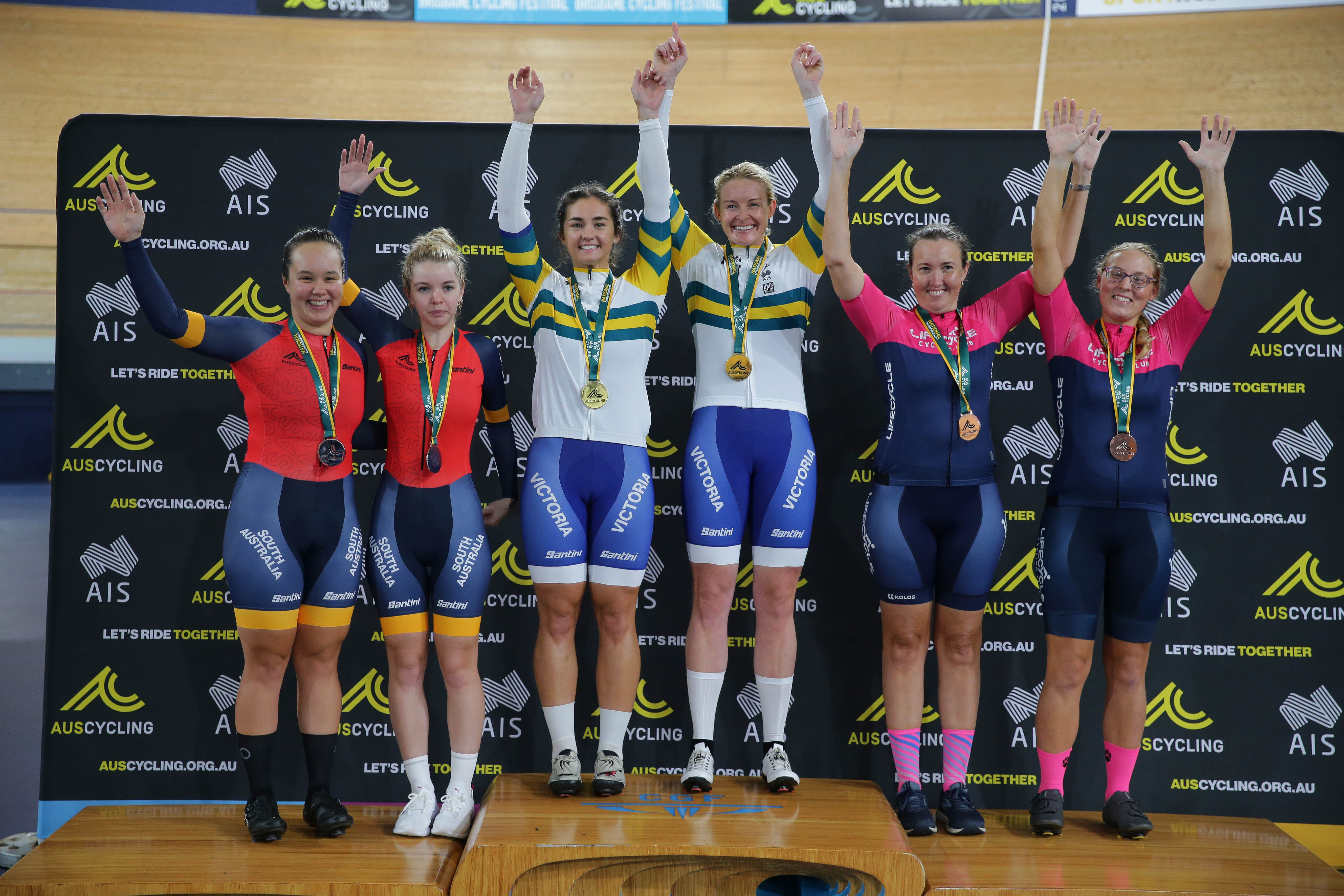 “It's huge - it feels like I started a new sport,” Ward said.

“I feel like I'm thrown into something new and every day I learned something so crazy and different compared to what I'm used to - so it's been really big.

“It's been a big change, but it's been really fun and Jess has been great to work with.”

Around the #TrackNats22 para-cycling infield 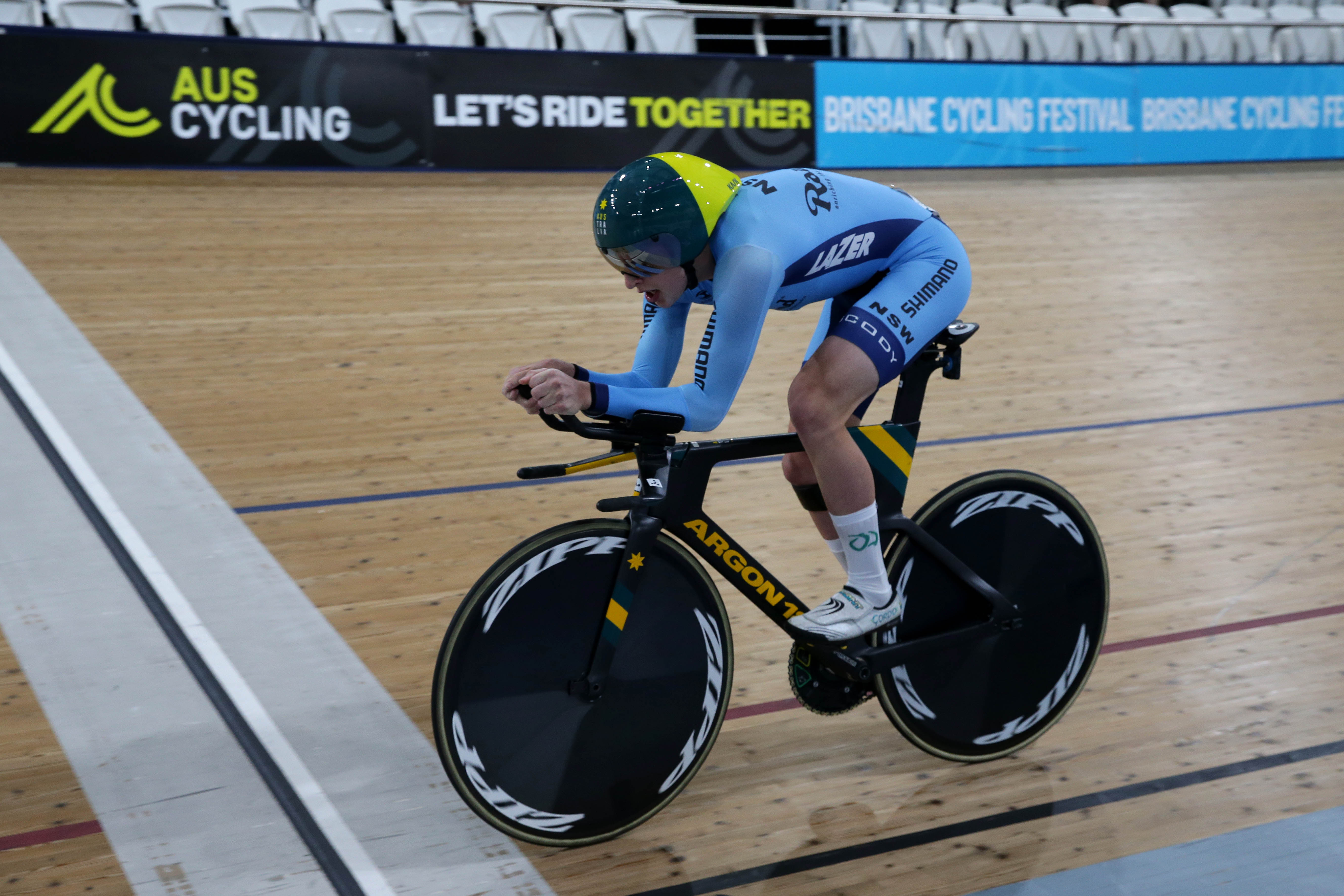 “This is my first proper hit-out since Tokyo, so it's good to be back racing and good to be, I guess, out of Sydney but definitely have some things to work and some things to improve on,” Allan said.

“But it was good to be back on the track and race and hard.

“It's always tough, the C2 men have got a good field here. It's good to always turn up and know that you have someone else to race and that you have good competition.”

“Regardless of what happens before you come in, you've got to put down a performance at Nationals … so yeah, I'm pretty happy with my time,” Shippley said.

“We thought Worlds was going to be in April before it was moved to October. 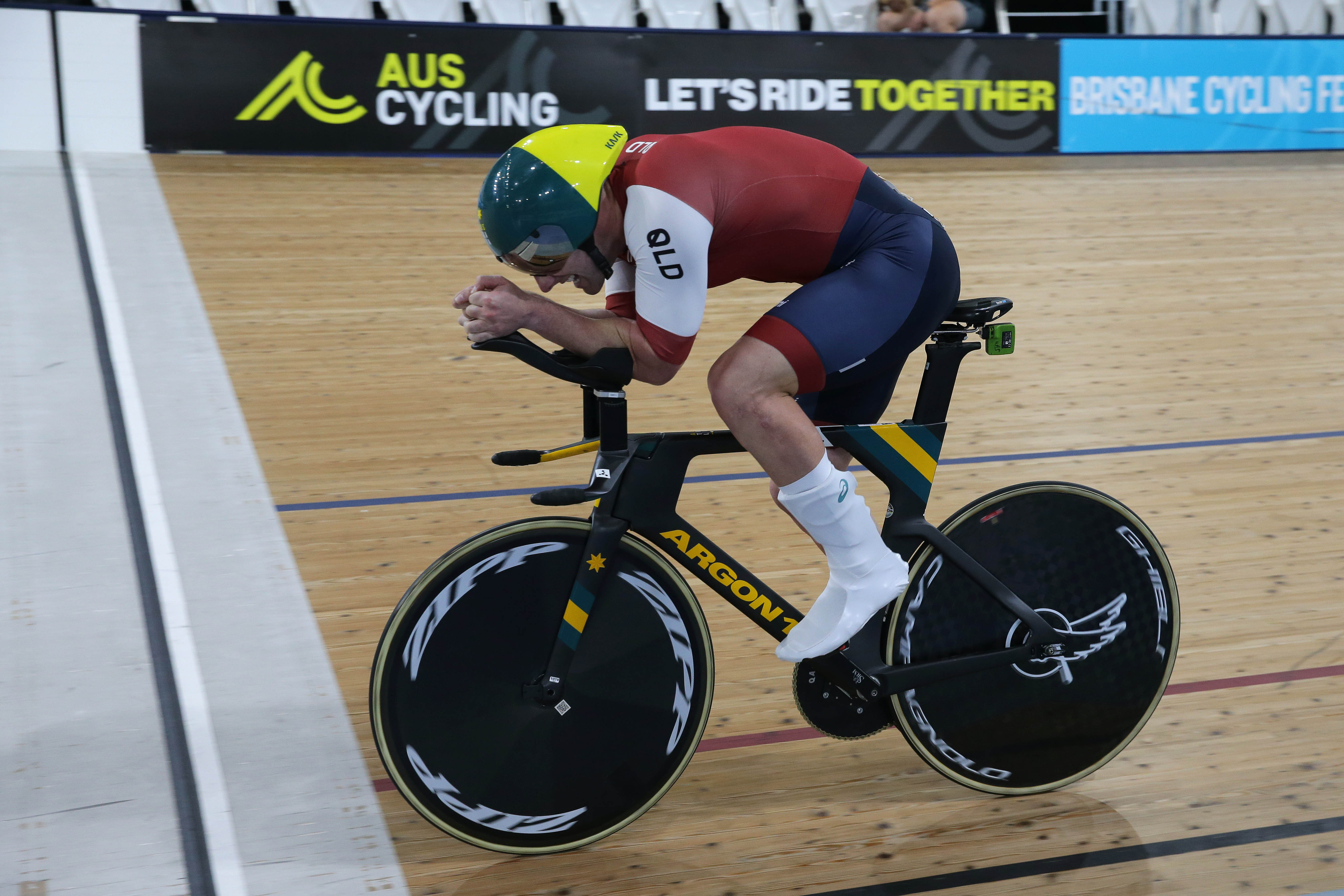 “So, I was preparing for that and picked up a little bit of tendonitis in my knee.

“Just worked through that over the last seven weeks to make it here.

“Now, I’m just looking forward to Oceania Championships next week and then a bit of recovery before a regroup for Worlds in October.”