Tour Down Under marks Jay Vine’s next step forward

The impressive rise of Jay Vine has continued with overall victory at the Santos Tour Down Under, and fans are daring to dream he’s Australia’s next Grand Tour prospect.

In his debut in the Adelaide stage race, Vine took the lead on Friday’s helter-skelter Corkscrew stage, then successfully defended it through to Mount Lofty on Sunday.

Vine’s switch to UAE Team Emirates for 2023 has paid immediate dividends. After surprising the nation to win the Australian time trial title, Vine has again confirmed his talent with a WorldTour-level GC win, and the world seems to be his oyster.

“I'm pretty happy with how my career's going,” Vine said.

“If I'd come second this race, that would have been a massive thing for my career as it was. But I’m taking it step-by-step, and I've got plenty more races still to go this year.” 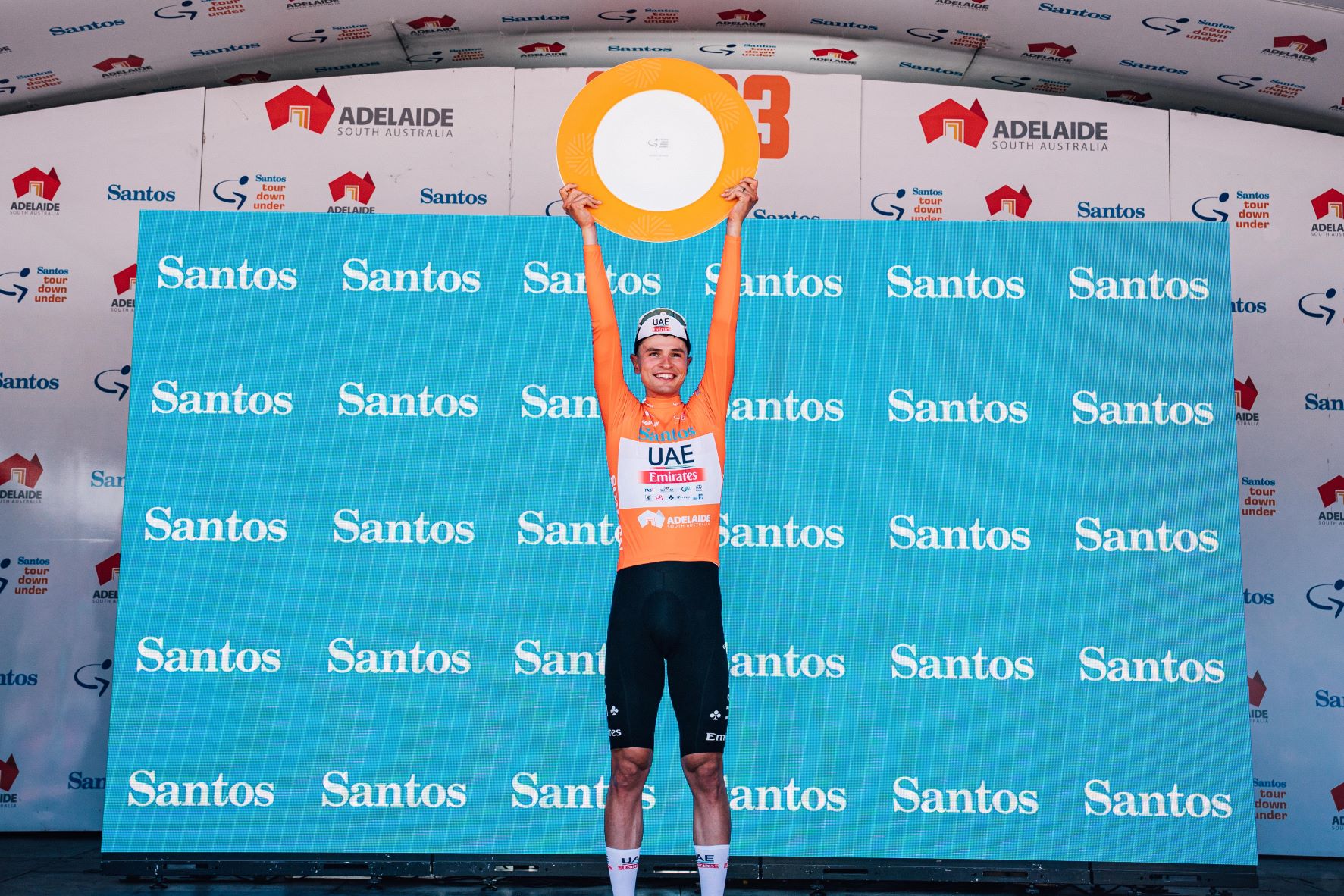 Despite not winning a stage, Vine was the most consistent rider of the week, making every key move and taking time on his rivals at every opportunity.

He began strongly with a top-10 finish in the prologue, then instigated the winning breakaway on stage two into Victor Harbour to gain a handful of seconds.

Stage three was where he took the ochre jersey, attacking up Corkscrew Road to form a decisive split with Simon Yates and Pello Bilbao, then driving the trio to the line, even at the cost of contesting the stage win.

“I'm a big fan of Alain Prost from Formula One, and his philosophy was take the risk when you can and when you have the opportunity go all-in,” Vine said after sealing the win.

“That's how I basically rode the race. So, not getting greedy and going for stage wins when I could take as much time as possible.

“That's why it was a lot easier on the boys today, because we had the 15-second buffer over the other two (Yates and Bilbao). It took him to four world championships; it’s taken me to a Tour Down Under win.”

By adding together Vine’s known climbing prowess, his newly-proven strength against the clock, and his ability to string together a stage race, Aussie fans will hope that he could follow Jai Hindley, Cadel Evans, Richie Porte and Jack Haig as a podium contender for the three-week Grand Tours.

But for now, the 27-year-old will keep his head down and continue to do his thing.

“Like, you like riding your bike, and that's what de-stressed me a lot this week. I really enjoyed yesterday, really enjoyed today … it's just fun riding my bike and racing, that was really, proper good fun.”

Photos: Tour Down Under