AusCycling | Michael Hannah
Back to Hall of Fame 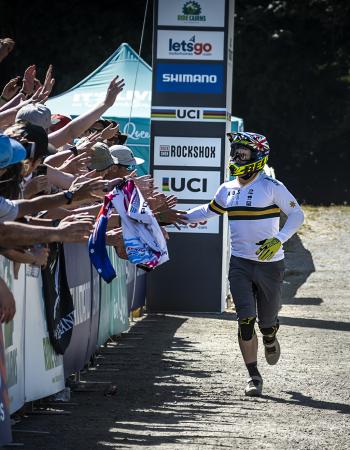 Michael Hannah was born in Victoria but now bides his time between Cairns in Queensland and North America.

Hannah is one of Australia's downhill legends and a mainstay on the World Cup circuit.

Hannah began his international racing career in 2000 in Sierra Nevada, US where he finished with a silver in the Junior Downhill at the World Championships.